This morning, we at the Newhouse School mourn the passing of one of our greatest friends and supporters, S.I. Newhouse Jr. 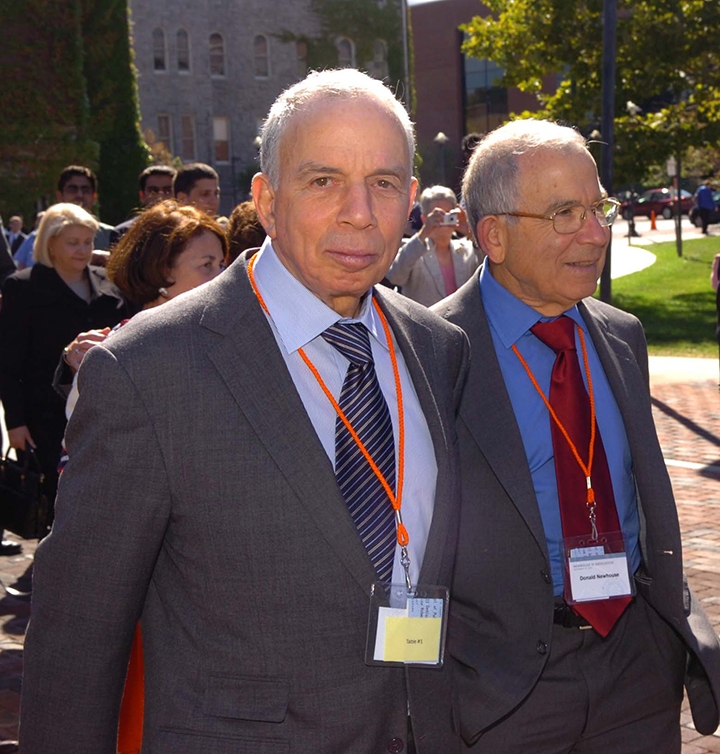 Si and Donald Newhouse at the dedication of Newhouse 3 at Syracuse University, Sept. 19, 2007

Mr. Newhouse was the son of Samuel Irving Newhouse Sr., our school’s namesake, whose first gift to Syracuse University in 1960 began the relationship between the school and the Newhouse family that has been the cornerstone of our success.

Like their father, Si Newhouse and his brother, Donald, were unflagging supporters and champions of the Newhouse School. Their backing made so many things possible—including the school’s remarkable facilities—and their influence positively impacted generations of students and alumni who, in turn, made their own mark on the communications industry.

We extend our condolences to his wife, Victoria; to his children, S.I. Newhouse III and Pamela; to his brother, Donald; and to the entire Newhouse family.