The “Unite the Right” rally, which took place last month in Charlottesville, Virginia, leaving three dead and dozens injured, is the focus of an upcoming teach-in at Syracuse University.

On Tuesday, Oct. 3, an interdisciplinary panel of Syracuse professors will hold court from 7-9 p.m. in Watson Theater of the Menschel Media Center (316 Waverly Ave.). The event is free and open to the public, and provides Communication Access Realtime Translation (CART). If you have requests for accessibility and accommodations, please contact the Equal Opportunity, Inclusion and Resolution Services (EOIRS) office at 315.443.4018. Click here for more information. 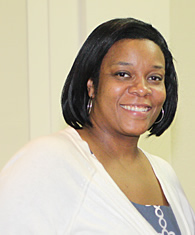 The teach-in is the brainchild of Kishi Animashaun Ducre, associate professor of African American Studies (AAS) in the College of Arts and Sciences (A&S). She and her co-organizers see the discussion as a grassroots academic response to events in Charlottesville. By addressing historical and contemporary contexts and by drawing on personal and academic insights, they hope to encourage others to listen, learn and jumpstart important dialogues about resistance. They also want to forge solidarities within and across communities, on and off campus.

Among the topics for discussion are connections between the events in Charlottesville and casual, everyday examples of racism, as well as why false narratives about the American Civil War still persist.

Panelists also will address issues of history, public memory and resistance, with emphasis on the Compromise of 1877 (which gave Rutherford B. Hayes the U.S. presidency in exchange for the end of Reconstruction in the South) and the reconciliation of the Union around a national concept of whiteness and white supremacy. Ducre insists both events have set the tone of today’s politics, while foreshadowing the Charlottesville Rally.

The speakers are as follows:

Amy Lutz, associate professor of sociology in A&S and the Maxwell School, will moderate the event. Afterward, she and the panelists will lead a public discussion about strategies for racial justice.

In Charlottesville, white nationalists clashed with counter-protesters over plans to remove the statue of a Confederate general from a local city park. In his initial statement on the rally, President Trump did not explicitly denounce the nationalists, but, instead, condemned “hatred, bigotry and violence on many sides.”