The 14th annual Syracuse International Film Festival (SYRFILMFEST) will open Thursday, Oct. 19, at the Palace Theater with a new film from Israel, “The Road to Where,” and a Skype session with the film’s writer/director, renowned Israeli filmmaker Michal Bat-Adam.

Bat-Adam is a longtime friend of SYRFILMFEST Artistic Director Owen. Her impressive film credentials have earned her the status of a national treasure in her home country. 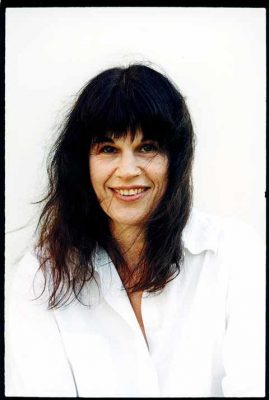 As an actress, Bat-Adam has appeared in many films of her husband, Moshe Mizrahi. In 1972, she was cast in the title role in Mizrahi’s film “I Love You Rosa.” The part launched her film career, and the film was nominated for an Academy Award for Best Foreign Language Film and shown at the 1972 Cannes Film Festival. Bat-Adam also appeared in Mizrahi’s Academy Award-winning 1977 French film “Madame Rosa.” In total, she has acted in 16 films.

Bat-Adam is also the first Israeli woman to direct a feature film, and she has 11 directing credits total.

She has won both Best Acting and Best Directing awards from the Israeli Film Institute.

Her 2016 film “The Road to Where” (96 mins.) is set in Jaffa in 1948, in a house by the sea, which was abandoned by its Arab inhabitants and now becomes the home of Holocaust survivors who fled for their lives from the inferno in Europe. Out of the turmoil of their existence, under the shadow of the unresolved conflict between Jews and Arabs, rises a desperate cry for love.

SYRFILMFEST is Oct. 18-22. To view the full list of films and other festival activities, and to purchase tickets, visit www.filminsyracuse.com/.