University Union’s Fall comedy show will take place on Saturday, Oct. 7, at 8 p.m. as a part of Orange Central 2017 Homecoming Weekend in partnership with the Traditions Commission. The night of comedy in Goldstein Auditorium will begin with the Lucas Brothers and T.J. Miller will headline the show. Tickets for the comedy show are on sale at the Schine Box Office and online at boxoffice.syr.edu. 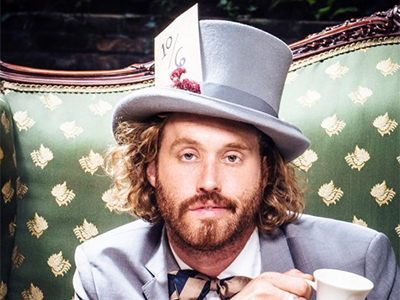 Miller is one of the most sought-after comedians in the comedy world, but not in the drama world, or the finance world. He was named one of Variety’s “Top 10 Comics to Watch,” and EW’s “Next Big Things in Comedy.” Miller’s voice stars in Disney’s Academy Award-­winning animated feature “Big Hero 6.” You may recognize his non-­animated face and body from his roles in Fox’s big-screen comic book adaptation of “Deadpool,” 2014’s surprise indie hit “Transformers 4” and Mike Judge’s HBO comedy series “Silicon Valley,” for which he received the Critics’ Choice Award for Best Supporting Actor in a Television Comedy.

He hosted Comedy Central’s MASH-­UP, a mashup of standup, sketches and visualizations, and has appeared on “Chelsea Lately.” Miller has been in a number of major studio films, including “Cloverfield,” “She’s Out of My League,” “Seeking a Friend for the End of the World,” “Rock of Ages,” “Our Idiot Brother,” “Yogi Bear 3D,” “Unstoppable” and “Get Him to the Greek.” Miller voiced the character Tuffnut in the Oscar-­nominated animated films “How to Train Your Dragon” and “How to Train Your Dragon 2.”

Comedians, actors and writers, The Lucas Bros (Keith and Kenny), continue their rise as two of the freshest, most dynamic new faces on the comedy scene. “In a short time … the Lucas Brothers have made a big impact on comedy,” lauds Vulture, and in April, their first hour standup special, “The Lucas Bros: On Drugs” premiered on Netflix. They were also recently seen as recurring characters on Season 1 of the hit Netflix series “Lady Dynamite,” starring fellow comic Maria Bamford. They are the creators of the animation series Lucas Bros. Moving Co., which aired for one season on Fox’s Animation Domination Hi-­Def block in 2014 and for a second season on FXX. They also appeared in the blockbuster summer comedy feature film “22 Jump Street” alongside Jonah Hill, Channing Tatum and Ice Cube.

Tickets are available to all Syracuse and SUNY ESF students, staff and faculty with a limit of two per person. The price for student tickets is $5, $15 for faculty and SU staff and $20 for the public. A valid student, staff or faculty I.D. is required to purchase tickets. Doors for the event will open at 7:15 p.m. and the show will begin at 8 p.m. 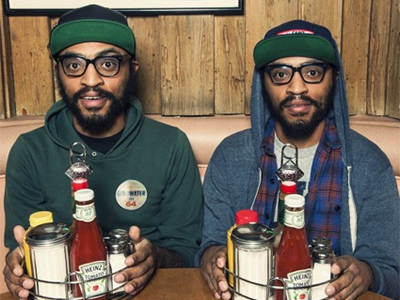 Additionally, the fall comedy show will be a part of University Union’s 55th Anniversary Alumni Reunion. For more details regarding this event and to purchase tickets, please register here before Monday, Oct. 2, at noon. Registration can also be completed in Registration Headquarters located in Goldstein Alumni and Faculty Center during Orange Central Weekend. SU alumni can purchase up to two tickets at a discounted price of $15 per person with registration for the University Union Reunion.

As a part of Orange Central Homecoming Weekend, the 2017 Homecoming King and Queen will be crowned prior to the show starting at 7:30 p.m. For more information regarding Homecoming Week and its programming, please contact the Traditions Commission at sutraditions@gmail.com and be sure to check out http://orangecentral.syr.edu for more updates on their events.