Gerald P. Grant, professor emeritus in the School of Education, died at home on Sept. 20. 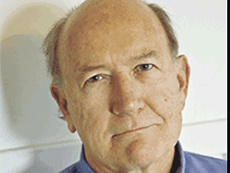 He graduated from Syracuse’s Central High School in 1955, and from John Carroll University in 1959. After earning his master’s from the Columbia School of Journalism, he enlisted in the U.S. Marine Corps, then was hired by The Washington Post, where he became the education editor of the national staff.

Grant was a sociologist, philosopher, writer and educator, and his life work was the building of schools and communities of equality, inclusion and justice. In 1967, he was named a Nieman Fellow at Harvard University. He earned his doctorate there in 1972 in the sociology of education.

He joined the faculty of Syracuse University in 1972, holding joint appointments in the departments of sociology and cultural foundations of education. He was named Hannah Hammond Professor of Education in 1993 and Distinguished University Professor in 1998. He published numerous articles and five major books on educational reform, including two that focused on Syracuse schools: “The World We Created at Hamilton High” and “Hope and Despair in the American City.” He retired from teaching in 2006.

“Jerry was an outstanding scholar, an excellent teacher and an even better human being. His research on American cities (including Syracuse) and their schools has contributed profoundly to scholars’ and citizens’ grapplings with educational issues and possibilities for school reform,” says Joanna Masingila, dean of the School of Education. “Jerry has indeed left his mark on the School of Education, on the city of Syracuse and on the nation. His colleagues and students remember him fondly as a helpful mentor and good friend.”

Grant is survived by his wife, Judith Dunn Grant; children and their spouses, Katharine (and Edward) Stryker, Sarah (and Woody) Bliss and Bob (and Emily) Grant; five grandchildren Devin, Carolyn and Ashton Rooney, and Benjamin and Wyatt Grant; and 17 nieces and nephews.