According to Robert Ashford, Bond Schoeneck & King Distinguished Professor in the College of Law, “In the time needed to read this article, the wealthiest 1 percent of the American people will have acquired more capital wealth with the earnings of capital than most people will earn in their lifetimes, no matter how long and hard they work.” 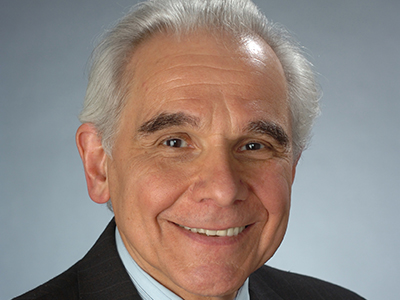 Although most people earn from their labor, thanks to the institutions of corporate finance the top 1 percent achieve much greater growth in wealth not by working, according to Ashford, but rather by “acquiring capital with the earnings of capital.” Moreover, says Ashford, the same institutions of corporate finance that facilitate such vast sums of capitation acquisition for primarily the top 1 percent could facilitate much more capital acquisition more profitably, without redistribution or inflation, if everyone were included in the capital acquisition process.

These observations were advanced by Ashford in a series of well-received lectures on “Inclusive Capitalism” delivered earlier this year in the United Kingdom at Cambridge and Oxford universities, the London School of Economics and Syracuse University’s Faraday House in London. His pioneering work has now culminated in a contract with Cambridge University Press to publish a book tentatively titled “Milton Friedman’s Capitalism and Freedom: Missing Truths, False Promises, and Better Ways.” In his book—intended for undergraduate and graduate courses, as well as the general public—Ashford plans to identify missing truths and false promises in Friedman’s widely accepted analysis that prevent contemporary capitalism from producing and distributing much greater and more widely shared prosperity and to offer better capitalistic ways of achieving it.

Ashford—who teaches a seminar on “Inclusive Capitalism, Property Rights and Binary Economics,” as well as courses in Business Associations and Professional Responsibility—says he agrees with the basic premise of Friedman’s enormously influential best-seller that some form of capitalism is necessary for personal freedom in a post-industrial society. But he finds serious fault with Friedman’s book because Friedman’s analysis rests on simplistic economic assumptions.

“Friedman ignores the institutional realities of mega-corporations, private wealth concentration and exclusionary property rights,” Ashford explains, “that needlessly deny most people more equal, practical opportunities to acquire wealth the way the top 1 percent routinely do, and therefore deny them the robust personal freedom that would spring from a more inclusive approach to capitalism.” Quoting the words of Justice Louis Brandeis from more than 75 years ago, Ashford observes, “We can have democracy in this country or we can have great wealth concentrated in the hands of a few, but we cannot have both.”

Although widely conceived as distinct disciplines, Ashford’s scholarship maintains that in post-industrial societies, economics and law are inseparable because virtually all economic opportunity requires property rights to be practically realized. “Law is the invisible infrastructure that channels and facilitates economic activity,” says Ashford. “In contemporary capitalism, property rights work to concentrate private wealth, when they could more profitably work to create and distribute much greater private wealth much more broadly without any redistribution or inflation.”

Acceptance of Ashford’s approach among professional economists is increasing as evidenced by his lectures at Oxford, Cambridge and the London School of Economics, all hosted by economists. Paul Davidson, founding editor of The Journal of Post Keynesian Economics, endorses Ashford’s work, calling it a “promising antidote to the eroding earning capacity of poor and middle-class people.”  Richard Hattwick, founding editor of The Journal of Socio-Economics, agrees, noting that Ashford’s innovative approach to fuller employment and per capita growth based on capital productiveness and broadening property rights deserves a prominent place in mainstream economic analysis. Moreover, Demetri Kantarelis, founding editor of Global Business & Economics Review—who has co-authored several articles based on Ashford’s scholarship—calls Ashford’s scholarship “the most important contribution to economic theory in many decades.”

The timely relevance of Ashford’s scholarship to contemporary global economic concerns is revealed in the titles to his recent UK lectures: “Inclusive Capitalism: The UK’s Ownership-Broadening Road to Prosperity in the Post-Brexit Era” (at Oxford University); “Enhancing Individual Earning Capacity in the Age of the Robots by Broadening Capital Acquisition with the Earnings of Capital” (at SU’s Faraday House in London); and, at Cambridge University and London School of Economics, “Beyond Austerity and Stimulus: Making Employment and Growth More Sustainable by Widening Capital Ownership with the Earnings of Capital.”

“Austerity” and “stimulus” are shorthand terms for competing mainstream responses to the financial crisis of 2007-2008, the Great Recession, the crisis in the European monetary union and the Brexit issues in the UK. The terms also frame the ongoing macroeconomic debate between advocates of the conflicting “free market” and government solutions believed necessary to move capitalist economies to fuller employment in order to produce greater per capita growth and more broadly shared prosperity.

Ashford’s inclusive capitalism approach to fuller employment and greater per capita growth places it squarely in the middle of this great global debate. Drawing from private property principles too often ignored in mainstream economic analysis, Ashford’s book will advance a strategy for achieving fuller employment and stronger per-capita growth that is “beyond austerity and stimulus.” Observes Ashford, “In my travels to the UK, I didn’t meet anybody who wasn’t interested in economic policy alternatives to austerity and stimulus.”

The fuller-employment logic underlying Ashford’s inclusive capitalism approach (ignored by both austerity and stimulus advocates) is remarkably simple: because investment is always future looking, a broader distribution of capital acquisition with the earnings of capital promises a broader distribution of capital income (and therefore greater consumer demand) in future years, and therefore greater market incentives to invest in labor and capital in earlier years.

“One key institution is the professional trust fiduciary,” continues Ashford. “Currently, existing ones—such as Fidelity, TIAA-Cref, T. Rowe Price and Vanguard—assist mostly wealthier people to acquire capital with the earnings of capital roughly in proportion to their existing wealth.” With an understanding of inclusive capitalism, Ashford says such companies can also profitably assist poorer people with capital acquisition in proportions not limited to their existing wealth. Likewise, once corporate fiduciaries, financial advisors, lenders, investment banks and capital credit insurers come to understand that broadening capital acquisition with the earning of capital will enhance corporate and investment profitability, corporations will begin to voluntarily include their employees, customers and neighbors in large-scale capital acquisition programs. “The barriers to producing more goods and services that people need and desire are not technological,” notes Ashford. “The barriers are in understanding how to do so profitably and sustainably.”

With Ashford’s “inclusive, competitive capital acquisition rights” approach to fuller employment and per capita growth, poor and middle-class Americans will see their earnings and wealth increase in an age of stagnant wage growth (yet high productivity). “A broader distribution of capital earnings will promote fuller employment and growth by enabling poor and middle-class people to better afford more of the necessities and simple luxuries of life that richer people have long enjoyed from capital income,” says Ashford. Furthermore, with more broadly distributed capital income, there will be “reduced need for welfare dependence, government spending, borrowing and taxes.”

Ashford concludes that inclusive capitalism would enhance personal freedom and strengthen democracy, goals at the heart of Friedman’s book: “Widespread, practical access to capital acquisition—represented by a broadly diversified portfolio of America’s 3,000 or so largest credit-worthy corporations, precisely the sort of investment portfolio that routinely earns for the top 1 percent—is necessary for individual prosperity, personal freedom and the citizen participation required for robust democracy.”