SUArt Galleries Director Domenic Iacono to Step Down in June

Domenic Iacono, longtime director of the Syracuse University Art Galleries, announced that he will step down from his position at the University as of June 30, 2018. Iacono arrived at Syracuse University in 1977 as the registrar of the Syracuse University Art Collection. Over his 40-year career at the University, he advanced in the department to the positions of curator of the collection, associate director and in 2006, director of the newly formed SUArt Galleries. In addition to his roles with the gallery and collection, Iacono also taught courses such as Collection Management and Print Curatorship and Connoisseurship for nearly 30 years in the graduate museum studies program in the College of Visual and Performing Arts. 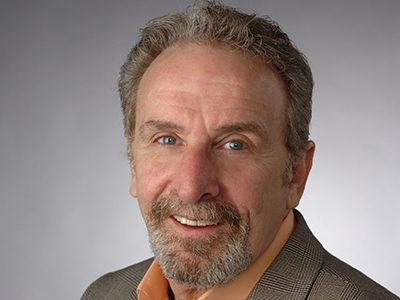 In 2005, when the University created the Coalition for Museum and Art Centers (CMAC) at Syracuse University, its executive director, Jeffrey Hoone, appointed Iacono to his present post. At the time, Iacono was director of the University’s art collection and in his new role he would oversee the reorganization and merging of the Joe and Emily Lowe Art Gallery and University Art Collection into one unit. Over the next several years Iacono and his colleagues in the art galleries would expand the footprint of the galleries through renovations that included new exhibition spaces for the permanent collection, as well as the internationally recognized exhibitions that Iacono brought to the campus and Central New York arts community. Iacono was also instrumental in creating the Louise and Bernard Palitz Gallery as a permanent exhibition space in the University’s Lubin House facility in New York City. He oversaw all aspects of the gallery from its creation in 2006 through the current fiscal year. From 2008-2013, he also managed the Warehouse Gallery, a contemporary exhibition space in the Cantor Warehouse, that included solo exhibitions by Tim Rollins and KOS, Terry Adkins, Alex Schweder and Kianga Ford, among others.

In 2008 Iacono organized “Michelangelo: the Man and the Myth” with colleagues at the Casa Buonarroti and the University’s Department of Art and Music Histories, presented both on campus and at the Palitz Gallery in New York City. This exhibition was a scholarly and logistical triumph that included 14 drawings by Michelangelo borrowed from the Casa Buonarroti in Florence, Italy. At the time of the exhibition, this was more drawings than in all collections in the United States combined. He has also curated numerous exhibitions during his tenure at Syracuse, including “Rembrandt: The Consummate Etcher” and other “17th Century Printmakers, Pulled, Pressed and Screened: Important American Prints,” “William Kentridge: The Nose and other Subjects,” “Karl Schrag: Memories and Premonitions” and “About Prints: The Legacy of Stanley William Hayter and Atelier 17.”  Many of his exhibitions have toured nationally as a part of the traveling exhibition program, which he has directed for the past 30 years. One of his most celebrated exhibitions, “An American in Venice: James McNeill Whistler and His Legacy,” has been seen in many American museums and has also traveled to Europe, where Iacono has also curated numerous exhibitions during his tenure at Syracuse.

He has authored several books and catalogs, as well as articles on topics related to his area of expertise, the history of printmaking. Iacono is currently a member of the Print Council of America, and was the 2006 recipient of the Chancellor’s Citation for Distinguished Service to the University.

Jeffrey Hoone, executive director of the Coalition of Museum and Art Centers says, “Domenic’s vision, dedication and impact on the arts at Syracuse University is immeasurable. From the wonderful art across campus, to the new look of the SUArt Galleries, to the world-class collection of prints and works on paper in the University Art Collection, Iacono has made inspired contributions that will last for years to come. We will miss his passion and inspiration and do our best to build on all the important work he accomplished over a distinguished and productive career.”

Samuel Gorovitz, professor of philosophy and former dean of Arts and Sciences, says, “My association with the galleries began 30 years ago, weeks after my arrival at SU. Ever since, Domenic has been a passionate and effective ally dedicated to making the arts a powerful, lasting influence on the intellectual lives of students and faculty. He has my enduring gratitude and admiration.”

Ann Clarke, dean emeritus and associate professor in the School of Art, notes, “Over the course of Domenic’s time as director he worked closely with the College of Visual and Performing Arts to create impeccable annual exhibitions of M.F.A. student thesis work as well as numerous stunning faculty exhibitions in New York City at Lubin House.”

Wayne Franits, Distinguished Professor of Art History in the Department of Art & Music Histories, says, “Through years of dedicated professional service, Domenic Iacono, has exerted an enormous impact on the arts scene here at Syracuse University. His many fascinating exhibitions were valuable in educating generations of our students, as was his generosity in providing access to the university’s permanent art collection to complement art history courses being taught on campus.”

David Tatham, professor of art history emeritus, remarks, “Through his extensive expertise, sharp foresight and vital leadership, Domenic Iacono has made the Syracuse University Art Collection, with its important and ever-growing holdings from many eras and cultures, a model for its field. At the same time he and his staff have  produced a rich sequence of loan and collection exhibitions for SUArt’s gallery spaces, while also developing one of the nation’s most innovative and successful programs of touring shows. An invaluable colleague to fellow faculty members, he has also served as a rich source of enlightenment for countless students. I join others in the University family in wishing him well in his retirement and in expressing heartfelt thanks for all he has done.”

Over the next several months a process will be put in place for a national search for his replacement.