People under 50 increasingly distrust institutions and “don’t like the ways in which politics and religion get tied together,” says Kaya Oakes, an author, journalist and writing teacher at the University of California, Berkeley. She will deliver the Joseph and Amelia Borgognoni Lecture in Catholic Theology and Religion in Society on Monday, Oct. 9, at 7 p.m. in Maxwell Auditorium. 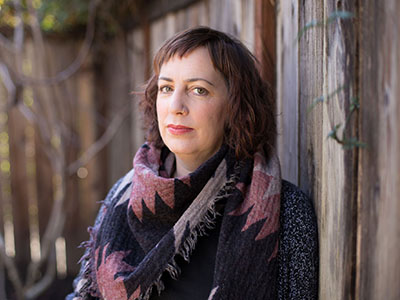 The lecture, titled “Nones, Dones, Seekers and Doubters: Navigating Religion in a Secular Age,” is free and open to the public. A book signing will follow the lecture. For more information, contact the Department of Religion in the College of Arts and Sciences at 315.443.3863.

Oakes plans to provide “a post-election update to the swing of a lot of people away from religious practice to being Nones.” The growth of the Nones—people who do not affiliate with any religion—represents one of the most important religious trends of the day. A quarter of U.S. adults do not affiliate with any religion, according to the Public Religion Research Institute, which found in 2016 that the number of unaffiliated young people increased from 10 to 39 percent since 1986.

Religiously unaffiliated voters, especially young ones, played a role in the 2016 presidential election, Oakes says in telephone interview. “The (Bernie) Sanders phenomenon was mostly young voters. He is a boomer None,” she says. “Younger voters attached themselves to Sanders and (Donald) Trump because they are considered outside the party. Neither is particularly religious.”

The largest group of Nones are former Catholics, Oakes notes. “There is cause for the church to worry,” she says. “We don’t know how many will boomerang when they get older and come back to the church. Statistically, not many ex-Catholics come back, but many are wondering if Pope Francis will influence them.”

Oakes addresses the growth of the Nones in her most recent book, “The Nones Are Alright: A New Generation of Believers, Seekers and Those In-Between” (Orbis Books, 2015).

“Religion often fails to meet us where we arrive, hauling the complex baggage of modern life,” she writes in the introduction. “And, perhaps, many young Americans are culturally moving into a way of being beyond organized religion. … Passionate, committed and loving people want to meet other passionate, committed, and loving people, and oftentimes they don’t meet them in church.”

A review in the independent National Catholic Reporter praises Oakes for moving past the data to tell the stories of young people. The book is “not a harsh indictment but a sober analysis,” the review says. “Entrenched institutions are more often responders than harbingers of change.”

Oakes writes about her own experience as a “revert” to institutional religion in “Radical Reinvention: An Unlikely Return to the Catholic Church” (Counterpoint Press, 2012). Oakes is a senior correspondent at Religion Dispatches, a contributing writer at America: The Jesuit Review and a contributing editor at Killing the Buddha. Her work has appeared in many other print and online outlets, including Sojourners, Commonweal, Narratively, Foreign Policy, The Guardian and Religion News Service, and on the public radio show and podcast “On Being.” 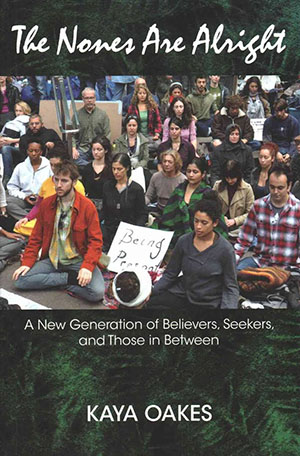 “Kaya Oakes brings an insightful and engaging eye to the spiritual state of our society today. Her ideas are conveyed with passion, wisdom and more than a little wit,” says Margaret Susan Thompson, chair of the Borgognoni Fund’s faculty steering committee. Thompson is based in the Maxwell School, where she serves as associate professor of history and political science and as a senior research scholar of the Campbell Public Affairs Institute.

The Borgognoni Lecture, now in its sixth year, is made possible by the late Monsignor Charles L. Borgognoni (a.k.a. Father Charles), longtime Roman Catholic chaplain of the St. Thomas More Campus Ministry. Before his death in 2007, Borgognoni established a fund in memory of his parents, Joseph and Amelia, to promote the study of Catholic theology and religion in society at Syracuse.

The Borgognoni Fund also relies on the generosity of friends and alumni, including Judith Pistaki Zelisko ’72, a member of the College of Arts and Sciences’ board of visitors, and Charles Borgognoni ’76, nephew of Father Charles, both of whom spearheaded fundraising efforts.

For more information about the Borgognoni Fund or to contribute, contact Christopher Lukowski at 315.443.0354 or clukowsk@syr.edu,