Gladys McCormick, an historian who focuses on Mexico–U.S. relations as well as conducting research on Latin America and the Caribbean, has been named to the Jay and Debe Moskowitz Endowed Chair in Mexico-U.S. Relations at the Maxwell School of Citizenship and Public Affairs. 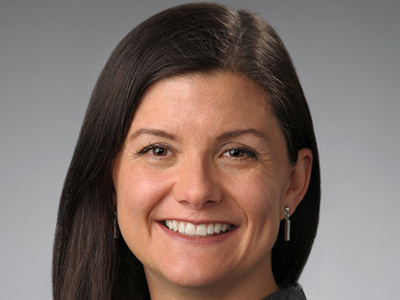 The endowed chair was established in 2014 by Jay and Debe Moskowitz to improve understanding of Mexico’s economic and social importance to the United States. Jay Moskowitz is a Maxwell alumnus, graduating in 1975 with a Ph.D. in social science.

McCormick’s scholarship draws connections to contemporary issues like the drug trade, economic inequality and political violence. As an historian, she focuses on the disjuncture between policy and eventual practice across time—with particular attention to the Mexican government’s use of repressive tactics to combat drug trafficking. She concentrates on a period beginning in the 1970s and continuing today.

“My research on political violence and the drug war allows me to bring greater attention to how these issues impact U.S.-Mexico relations and showcase it within Maxwell and the greater community,” says McCormick, an associate professor of history who has taught at Maxwell since 2010. “What we see in Mexico is a perfect example of a precarious state in which so many official actors have a foot in both the legal and extralegal worlds. To envision solutions, we need to understand how this became such a common-sense practice.”

“Gladys McCormick is an accomplished scholar and promising public intellectual for the Moskowitz Chair,” says David M. Van Slyke, dean of the Maxwell School. “Her research has contemporary policy significance on issues of Mexico-U.S. trade relations, immigration and the socioeconomic outcomes for Mexicans and Mexican immigrants in the U.S. Her work has the potential to shape how policymakers on both sides of the border think about coordinating and collaborating to improve the human security of Mexicans in the country and the United States. As the Moskowitz Chair, she exemplifies what is special about Maxwell, where our faculty connect evidence-based scholarship with contemporary issues in an interdisciplinary environment that has real-world significance for policy makers and leaders across sectors and nations.”

In McCormick’s 2016 book “The Logic of Compromise: Authoritarianism, Betrayal, and Revolution in Rural Mexico, 1935-1965” (University of North Carolina Press), she explains the longevity of one-party rule in Mexico from the perspective of the countryside.  Concentrating on the formative period between 1935-1965, she proposes that the governing regime used rural Mexico to hone a series of tools, including strategically deployed violence, the manipulation of historical memory and institutionalized corruption. These tools allowed Mexico to become one of the most successful cases of authoritarian modernization in Latin American history and provide a more effective explanation of the Mexican political system’s longevity. To date, very little has been written about the countryside during this period and, as her research shows, it is critical to understanding Mexico’s political history. She is working on two projects at the moment: a book on the study of torture and political prisoners since the 1970s and a series of articles on the development of the drug trade in Mexico since the 1980s.

McCormick, who holds a Ph.D. from the University of Wisconsin-Madison, teaches a wide array of courses on Latin America, political violence and oral history methods. She is also a recent co-director of the documentary film and history M.A. program (offered with the Newhouse School).

McCormick, a native of Costa Rica whose first language is Spanish, also offers counsel and assistance to individual students, administrators and faculty regarding how U.S. immigration policies impact the Syracuse community. She served on the University’s Ad Hoc Committee on Deferred Action for Childhood Arrivals (DACA)/Undocumented Students. The committee prepared a report recommending immediate, short-term and long-term recommendations to enhance support for undocumented students and others with family members who are undocumented.

“Immigration is personal,” she says. “It comes from heart. I lived through it. It’s one of the reasons I’m excited about working on Mexico-U.S. relations: It touches on the professional and the personal.”