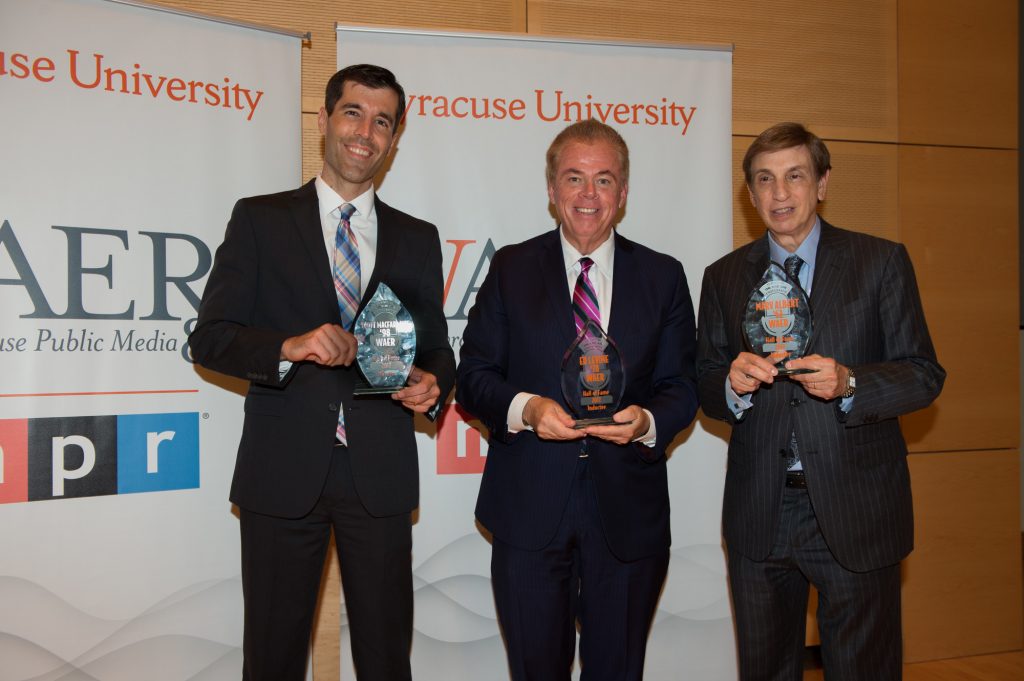 Syracuse University public radio station WAER honored three distinguished alumni during its Hall of Fame Ceremony on Sept. 13 in the Newhouse School. The occasion marked the 70th anniversary of WAER as a campus radio station.

The evening’s activities included the premier of the WAER documentary, “The Miracle Microphone,” produced by MacFarlane ’98, which chronicles the station’s 70-year history as a fertile training ground for some of the nation’s most notable broadcasters.

WAER Director and General Manager Joe Lee says, “Any opportunity that we have to honor the tremendous legacy of WAER broadcasters is a special time. Scott, Ed and Marv are all amazing individuals and deserving of the recognition.”