OnStage Ranks Syracuse Among Top 10 for Theater Design and Technology

The blog OnStage has ranked Syracuse No. 6 on its list of the “Top Ten BFA Theatre Design & Tech Programs in the Country for 2017-18.” 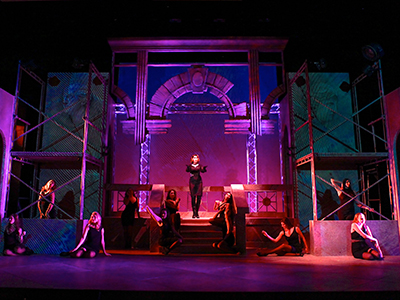 The University’s theater design and technology program is located in the College of Visual and Performing Arts’ Department of Drama and combines classroom and hands-on learning experiences. Students interested primarily in design can specialize in such areas as set design, costume design and lighting design. Students interested in the technical aspects of theater can explore scene construction or painting, lighting, properties, costumes or sound design.

According to OnStage, Syracuse’s program ranked high because of the department’s facilities and “the opportunity to design Department of Drama main stage productions and work collaboratively with faculty directors and designers—and with the professional staff and company of Syracuse Stage—to see designs realized by a professional production team.”

The list is part of OnStage’s ongoing series of rankings of degrees in the drama field.