En garde! Join Syracuse Stage Artistic Director Bob Hupp on Monday, October 2 at 5 p.m. in the Peter Graham Scholarly Commons, 114 Bird Library, to explore how he brought the current production of “The Three Musketeers” to life on stage. 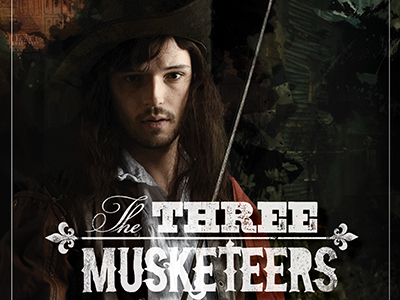 The Library Associates of the Syracuse University Libraries will present this unique lecture and reception in Bird Library, which is free and open to the public.

This action-packed adaptation of Alexandre Dumas’ 1844 classic novel follows the dashing young D’Artagnan and his three companions, Athos, Aramis and Porthos, as they fight for the honor of their queen. Carefully guarded secrets, lavish swordfights and sweeping romances all develop as the musketeers duel their way into glory.

Syracuse Stage’s 45th season opens with “The Three Musketeers” on Sept. 20. The show is one of two co-productions with the College of Visual and Performing Arts’ Department of Drama, along with the “The Wizard of Oz,” which opens on Nov. 29.

Prior to joining Syracuse Stage, Hupp was the producing artistic director of the Arkansas Repertory Theater in Little Rock for 16 seasons. From 1989-1999, he was artistic director of the acclaimed Jean Cocteau Repertory in New York. Hupp also served on the board of the Theatre Communications Group, a nonprofit theatrical organization in New York, and has served as a panelist and on-site evaluator for the National Endowment for the Arts. He graduated from Dickinson College and completed a two-year certificate program at the National Shakespeare Conservatory in New York.

If you need an accommodation in order to fully participate in this event, please contact Bianca Caiella Breed at bcaiella@syr.edu by Sept. 28.