This fall, A&S will present four Milton First-Year Lecturers, each addressing a different aspect of “Belonging”—coincidentally, the theme of this year’s Syracuse Symposium in the Humanities Center. 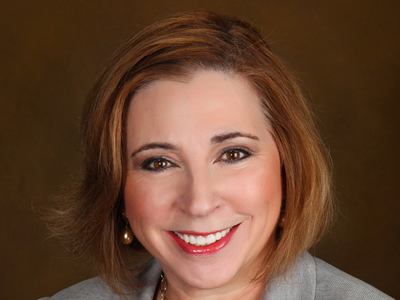 Pulmonologist Sonia Flores will discuss “The Road to Science: From High School in Puerto Rico to a Professor of Medicine in Colorado” on Monday, Sept. 18, from 12:45-2:05 p.m.

Psychologist David Winter will consider “Belonging to a Family, Nation, Tribe, World … and a University” on Thursday, Sept. 28, from 2-3:20 p.m.

The series is open to only first-year students in A&S and their First-Year Forum leaders, and takes place in Hendricks Chapel. For more information, call the Office for Curriculum, Instruction and Programs at 315.443.1011.

A&S Dean Karin Ruhlandt says the newly imagined series signals a change in how A&S helps students make the transition from high school to college. “We want students and scholars of the liberal arts to have access to a broad sphere of interests,” says Ruhlandt, also a Distinguished Professor of Chemistry. “Each speaker will approach ‘Belonging’ differently, enabling students to see multiple sides of a common intellectual theme. The result is a rich survey of research and scholarship that students, in turn, can discuss more rigorously in small-group, seminar-like settings.”

She adds that belonging is as much about recognition and inclusion as it is exclusion: “’Belonging’ relates to a variety of issues, ranging from structural and political power to interpersonal relationships.” 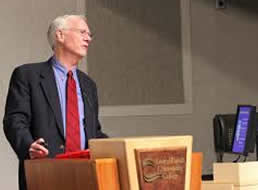 Flores is at the University of Colorado (CU) Anschutz Medical Campus in Denver, where she is a professor of medicine in the Division of Pulmonary Sciences and Critical Care Medicine and an adjunct faculty member in the Department of Immunology and Microbiology. She also is vice chair for diversity and justice in the Department of Medicine.

Since joining the CU Anschutz faculty in 1991, Flores has established herself as an industry leader in the study of pulmonary complications of HIV infection. Her work has been continuously funded by the National Institutes of Health since 1997, and has helped propelled the Division of Pulmonary Sciences and Critical Care Medicine to the forefront of professional health care research and education.

Flores champions diversity and inclusion at CU Anschutz, as evidenced by her leadership of the Graduate Experience for Multicultural Students (GEMS) program and her involvement with the Department of Medicine Research and Equity in Academic Medicine (DREAM) program. She earned a Ph.D. from the University of South Alabama.

Winter is professor emeritus of psychology at the University of Michigan and a research professor at the University of New Mexico. A personality and social psychologist, he is particularly interested in political psychology. His research encompasses the psychological aspects of conflict escalation, war and peace; power and power motivation; authoritarianism; and motivational bases of leadership. Recent books include “Roots of War: Wanting Power, Seeing Threat, Justifying Force” (Oxford University Press, 2017), and a translation of “Don Juan Legend” (Princeton University Press, 2016), by Otto Rank. 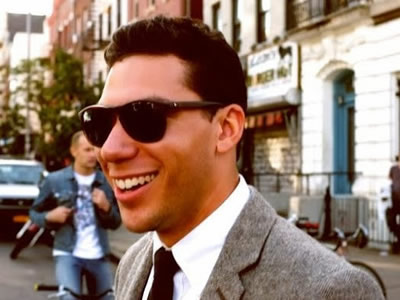 Past president of the International Society of Political Psychology, Winter has taught at Wesleyan University and held visiting appointments at M.I.T., Harvard University, College of the Holy Cross, the University of Amsterdam (Netherlands) and Peking University (China). He earned a Ph.D. from Harvard.

Johnson is assistant professor of African American studies at Wesleyan, where he specializes in the intertwined histories of the African diaspora and indigenous people in North America. Much of his research focuses on U.S. settler colonialism, education and counter-hegemonic social movements. Johnson currently is working on a manuscript project titled “Schooled: The Education of Black and Indigenous People in the United States and Abroad, 1730-1980,” in which he traces the colonial genealogy of four generations of social reformers, missionaries, philanthropists, activists and teachers.

Chávez is an associate professor of Mexican American & Latina/o studies at the University of Texas at Austin. She is interested in social movement building, activist rhetoric and coalitional politics, with queer-of-color theory and women-of-color feminism informing much of her work. While Chávez considers the rhetorical practices of marginalized groups, she also examines the systems that oppress them. Her books include “Text + Field: Innovations in Rhetorical Method” (The Pennsylvania State University Press, 2016), a two-volume set that she has co-edited, and the award winning “Queer Migration Politics: Activist Rhetoric and Coalitional Possibilities” (University of Illinois Press, 2013). She currently is working on a manuscript about AIDS activism and a collection of essays about the university and its community. 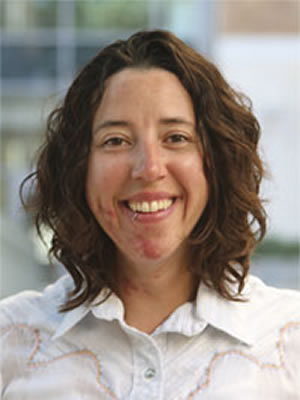 “All four speakers are theorists, practitioners and teachers whose work bridges the natural sciences and mathematics, the humanities and the social sciences,” says Senior Associate Dean Gerald Greenberg, who, in A&S, oversees academic affairs; the humanities; and curriculum, instruction and programs. “They will show how different areas of the liberal arts examine and respond to some of today’s most relevant issues.”

A highlight of the A&S First-Year Experience, the Milton First-Year Lecture series is named for Laura Hanhausen Milton ’51, a member emerita of A&S’ Board of Visitors who, along with her late husband, Jack ’51, has been a long-time supporter of Syracuse.