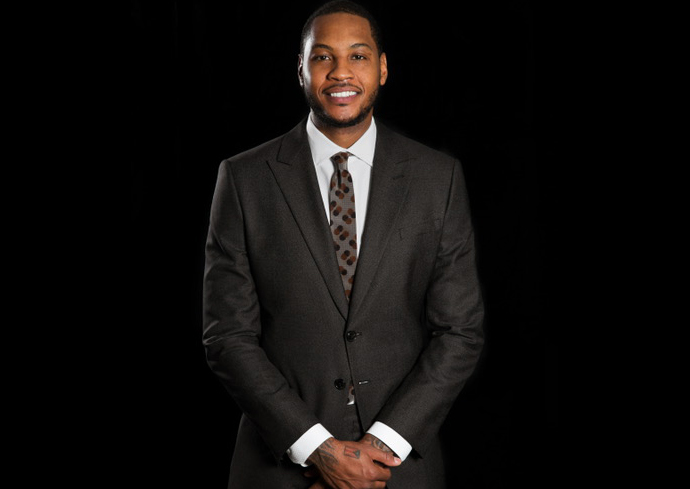 NBA All Star and three-time Olympic gold medalist Carmelo Anthony will receive the Chancellor’s Medal for Philanthropy during the upcoming Coming Back Together (CBT) reunion dinner gala Saturday, Sept. 16. The medal is awarded to individuals in honor of their extraordinary contributions to the University, to their areas of expertise and/or to the community.

A triennial reunion organized by the University’s Office of Program Development, CBT invites the University’s African American and Latino alumni to return to campus to engage with the University, current students and one another. CBT 2017 will be held Sept. 14-17.

NY1 journalist Cheryl Wills Singleton ’89 will emcee the dinner gala, a highlight of CBT weekend, at the Marriot Syracuse Downton. A keynote address will be delivered by former NBA star, entrepreneur and former mayor of Detroit, Michigan, Dave Bing ’66, H’06. Both the Chancellor’s Medal and five Chancellor’s Citation Awards will be presented to diverse members of the University’s alumni network.

A forward for the NBA’s New York Knicks and former Syracuse All-American, Anthony established The Carmelo Anthony Foundation as a way to give back to various communities. The foundation supports programs, leaders and community organizations that provide opportunities for underserved youth and families.

Chancellor Kent Syverud says Carmelo Anthony’s commitment to philanthropy is a compelling example of the importance of giving back. His foundation has served youth, families and communities since it began in 2005.

“Carmelo’s generosity and support of Syracuse University is evident in the Carmelo K. Anthony Basketball Center,” says Chancellor Syverud. “CBT is a special time to celebrate those who lift up new generations of young people. This is an opportune moment to recognize Carmelo with the Chancellor’s Medal for his philanthropy to those who have been touched by his generosity.”

With a focus on educational programming, youth development and recreational projects, The Carmelo Anthony Foundation also collaborates with other nonprofits on special projects, such as the Courts for Kids initiative. In partnership with the Jim & Juli Boeheim Foundation, Courts for Kids refurbishes basketball courts in underserved areas. Since the program started in 2009, 21 courts in Syracuse, New York City and Puerto Rico have been redone.

“This is such a special honor to come back to campus and receive the Chancellor’s Medal. The University has meant so much to me and will always remain an important part of my life,” says Anthony, who will be introduced at the gala by his former coach, Syracuse University men’s basketball head coach Jim Boeheim. “I look forward to being back on campus for CBT, sharing in the CBT experience of alumni and students connecting, and taking in this new wonderful memory that I will have of Syracuse.”

“We are so pleased to recognize Carmelo Anthony for his philanthropic accomplishments,” says Rachel Vassel, assistant vice president, Office of Program Development. “He embodies a spirit of giving, and that’s what CBT is all about—giving back. The Our Time Has Come Scholarship fund benefits students of color in need, and many of our scholars come from the same kinds of communities that The Carmelo Anthony Foundation supports.

Along with his support of youth and family programs and community initiatives, Anthony, who helped lead Syracuse to the 2003 NCAA Men’s Basketball Championship, led a team of SU alumni and friends who supported the construction of the Carmelo K. Anthony Basketball Center, which was completed in time for the 2009-10 NCAA season.

In 2006, the Giving Back Fund ranked Anthony in its top 10 of the “Giving Back 30” report surrounding celebrity philanthropists in America.