On Sept. 12, Syracuse University will screen “An Outrage,” a documentary film exploring the history and legacy of lynching and co-directed by Lance Warren ’04. The film will be shown at 5 p.m. in 220 Eggers.

Warren, a graduate of the College of Arts and Sciences and the Maxwell School of Citizenship and Public Affairs, and his wife, Hannah Ayers, directed, edited and produced “An Outrage.” The film studies the scale and scope of lynching in the American South, and its many echoes today, through visits to lynching sites and encounters with descendants of victims and activists working to memorialize the killings. 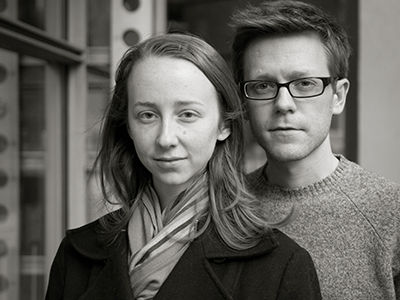 Warren says he and his wife started the project after years of working closely with history teachers and witnessing their role in shaping how American history is remembered.

“The lessons learned—or missed—in those classrooms make a big difference in how we remember the past, and thus, how we vote, how we raise our children and how we influence our friends and family,” says Warren.

The film’s exclusive K-12 education rights were acquired by the Southern Poverty Law Center. The center is writing curriculum to support the film and will deploy the film and these new teaching tools to its “Teaching Tolerance” network of nearly 500,000 teachers—and their millions of students—starting this fall.

“For the many thousands who were killed, and for their families, lynching defined the limits of American citizenship,” Warren says. “Hannah and I believe that it is essential for Americans to learn about this history to honor those who died, to understand the fullness of our past and to better appreciate the roots of contemporary debates around ideas about race.”

The film documents the history of lynching from the end of the Civil War to the middle of the 20th century.

“An Outrage” premiered at the Smithsonian National Museum of American History in March 2017 as part of the History Film Forum, a four-day event co-presented by the Smithsonian and the National Endowment for the Humanities to feature new directions in history cinema. In April, it received the audience award at the Indie Grits Film Festival in Columbia, South Carolina, marking it as the favorite among more than 80 films in competition. Just last month, “An Outrage” won Best Documentary Short at the Middlebury New Filmmakers Festival in Vermont. This fall and spring, the film will screen at 20 universities, museums and theaters across the country.

Warren says he is inspired to see how many people are willing to turn out and watch a film about such a difficult subject, and then to engage in open and honest discussions about the history and impact of these crimes.

“On its own, our film, like all social issue documentary films, can do little,” says Warren. “But by serving as a hub for action and engagement through safe and open dialogue, we have already seen that ‘An Outrage’ can stir communities to put its lessons to work.”

The filmmakers say that keeping the documentary short enough to fit into class sessions and homework assignments, while still reflecting the complexity of the topic, was a difficult job.

“Maintaining a balance between big ideas and individual perspectives, all while making the film on an extremely tight budget (we self-financed the film) and a short timeline—these were the biggest challenges,” says Warren.

Warren recalls how his education at Syracuse University helped him with his career and life’s work and shaped his perspectives.

“My work at SU was deeply rooted in the humanities,” he says. “In thinking critically and compassionately about the ideas that drive, elevate and hamper human society. As a result, I graduated with informed global perspectives and habits of thinking that now enable me to make films rooted in ideas that matter.”

AN OUTRAGE: Trailer from Field Studio on Vimeo.