Most people know Taye Diggs ’93 as an award-winning actor and singer, but when he participates in this week’s Coming Back Together reunion for African American and Latino alumni, he will do so as a best-selling author. 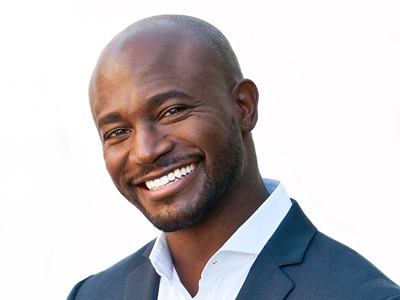 Diggs is the creator of “Mixed Me!” (2015) and “Chocolate Me!” (2011), children’s books that address issues of race and identity. On Saturday, Sept. 16, he will discuss and sign copies of both books from 12:30-2:30 p.m. in Goldstein Auditorium. That his longtime friend and former classmate Shane Evans ’93 illustrated them gives the event added significance.

“I never thought I would be a writer, but I used to just write random poems, and leave them lying around the dorm. Shane saw one, and, because he was an artist, would take some of my writing and put them to his art,” Diggs told Entertainment Weekly. “The first thing that he put on display was this poem I wrote called ‘Chocolate Me.’ In its original form, it was more for adults, so he put the poem to some really strong imagery and made a book.”

During a recent break from shooting the Fox drama “Empire,” in which Diggs plays a city council member romantically linked with the ex-wife of a hip-hop mogul, he suggests the books are as much about his eight-year-old biracial son, Walker, as himself. “My hope for the ‘Me’ series is to shed more light on and to promote differences in perspective on various issues involving esteem, confidence and self-appreciation,” Diggs says. “The [entertainment] industry can assist in melding racial divides by being more racially responsible. We all need to educate ourselves, and open our minds and hearts.”

On the surface, “Mixed Me!” is a love-letter to Walker, whose mother is Diggs’ ex-wife, Idina Menzel. (The former “Rent” costars amicably divorced in 2014.) Diggs says he wrote the book to highlight who Walker is and how he should feel about himself, regardless of the way others see him. 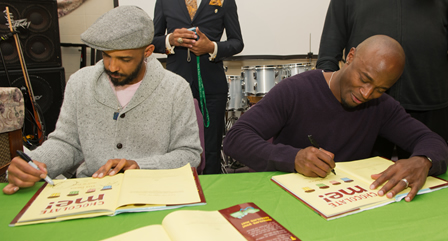 With illustrator Shane Evans ’93 during a book signing in Syracuse

In turn, “Chocolate Me!” is autobiographical. Diggs, who recently wrapped production on the Netflix comedy “Set It Up,” with Zoey Deutch and Lucy Liu, sees it as a response to the “silly, ignorant or interesting” questions people have about racial identity in the United States.

The book traces its origins to Rochester’s School of the Arts, where Diggs attended grades 7-12 and befriended Evans, who is biracial.

“‘Chocolate Me!’ is based on experiences of feeling different, and trying to fit in as kids,” says Diggs, who has signed a deal for two more children’s books with Macmillan. “Now that I’m a father, I see, more than ever, the need for a picture book that encourages all people, especially kids, to love themselves.”

Leave it to Diggs, who majored in musical theater in the College of Visual and Performing Arts, to use his talents to make bold statements about race and racial identity. In 2015, he was the first African American to play the title character Hedwig, an East German genderqueer rocker, in the Broadway production of “Hedwig and the Angry Inch.”

Diggs also is a favorite of the National Association for the Advancement of Colored People (NAACP) and the American Black Film Festival (ABFF), both of which have heaped awards upon him. Recent honors include an ABFF award for “The Best Man Holiday” and an NAACP Image Award for the ABC-TV series “Private Practice.” 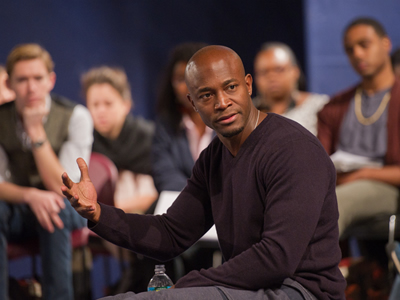 At a Department of Drama master class, 2011

A 2013 recipient of the Arents Award, Syracuse’s highest alumni honor, Diggs credits the University for instilling in him an appreciation for different perspectives and lived experiences.

“Syracuse helped me acclimate to the ever-changing ‘real world’ by exposing me to difference—different races, different classes, different techniques, different art,” says Diggs, who, prior to “Empire,” starred in three seasons of TNT’s “Murder in the First,” alongside Kathleen Robertson. “All of this helps when moving forward, no matter where you are in life.”

Marie Kemp, assistant professor of musical theater, began working with Diggs during her first year at Syracuse. She remembers him being a “very charismatic actor,” as well as someone popular with fellow students. “He loves to laugh and play practical jokes,” says Kemp, who also holds the Sam S. Shubert, Lee Shubert and Milton Shubert Chair in the Theatre Arts. “The last time I saw him, he was pranking fellow actor and friend Jay Harrington [’93].”

The “Better off Ted” star admires Diggs’ “tenacity and dedication” to the craft. “I’m inspired by his love for his family,” Harrington says. “Above all, I’m amazed he still has a license”—a dig at his friend’s involvement in a highly publicized car accident in January.

Indeed, Diggs is one of Syracuse’s most high-profile ambassadors—his every move is scrutinized by fans and reporters alike. Yet, for all his celebrity, his connection to campus endures.

Diggs credits Syracuse for giving him the “starter kit” for making it in the ultra-competitive world of Broadway. “I valued my technique classes and performance opportunities [in the Department of Drama] the most,” says Diggs, who was “discovered” by an agent while doing a senior showcase in New York City. “The amount of stage experience I got in my three years at Syracuse really impacted my theatrical abilities.”

Adds Kemp: “I have enjoyed watching Taye grow in his work over the years. His smile and laugh are just as infectious now as they were when he was a student.” 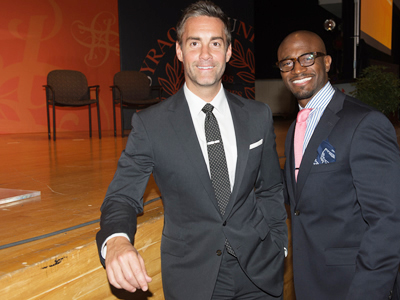 With Jay Harrington ’93 at the 2013 Arents Award ceremony

Now that Diggs is a successful actor, singer and author (a “triple threat,” in showbiz parlance), do not expect the seriously stylish, 47-year-old to rest on his laurels. He’s busier than ever.

For instance, Diggs recently signed on as a child literacy ambassador for the National Head Start Association (NHSA). In March, he helped promote cultural understanding through classroom reading as part of National Reading Month. That “Chocolate Me!” and “Mixed Me!” played a starring role in NHSA community reading days was just as meaningful to him as any Screen Actors Guild or Critic’s Choice Movie Award.

Diggs admits that the best acting advice he ever got was to “do less.” A similar philosophy permeates one of his and Walker’s most favorite songs—“Let It Go,” made famous by Menzel in the Disney film “Frozen.”

“I use it as more of mantra these days,” Diggs has been quoted as saying. “I think all of us could use that lesson to release and keep moving on and not hold on to stuff.”