Tickets for Soledad O’Brien (available at boxoffice.syr.edu) are free for CBT registrants, $5 for SU/SUNY-ESF students with I.D. and $10 for the public.

When Soledad O’Brien was working on the acclaimed CNN series “Black in America,” someone asked her what she had learned about Black people. Her response? “People are the same wherever you go.” 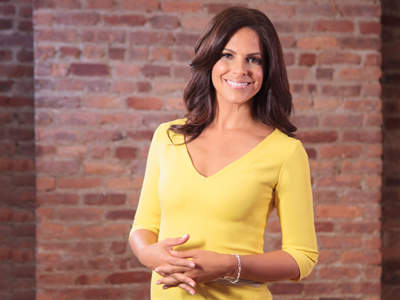 Don’t let the simplicity fool you, cautions the award-winning journalist, documentarian, news anchor and producer. A decade on, O’Brien has seen enough of the world to know that, regardless of people’s backgrounds, there are core values that bind almost everyone together. “Our actions may be different,” she says, “but we all want the same things in life: safety, security, opportunity and a good education.”

This philosophy has underscored much of O’Brien’s three-decade career—from her humble origins as a news writer in Boston to a more recent stint as the face of CNN’s “American Morning.” She currently anchors and produces the political news magazine “Matter of Fact with Soledad O’Brien,” reports for “Real Sports with Bryant Gumbel,” contributes to “PBS NewsHour” and WebMD, and serves as host and executive producer of the cable series “Mysteries and Scandals.”

On Thursday, Sept. 14, O’Brien will reflect on her life and work as she kicks off this year’s University Lectures series and participates in the Coming Back Together triennial reunion for African American and Latino alumni.

While O’Brien did not graduate from Syracuse, the Harvard-trained journalist has a deep affinity for the University, particularly the S.I. Newhouse School of Public Communications. “It’s great to come to a campus where students study journalism with a capital ‘J,’” says O’Brien, founder and CEO of the four-year-old Starfish Media Group. “Talking to students, getting them to think about how they would cover certain issues as reporters, is exciting. I want to know what they think about the times we are living in.”

Speaking by phone outside her office in downtown Manhattan, O’Brien waxes excitedly about the shifting landscape of journalism. “Social [media] has changed everything for me, especially as I run a small production company,” she says of Starfish, which identifies and produces empowering news stories, as well as cultivates talent, production and distribution deals with such partners as NBC, HBO, Oxygen and Sony Pictures Television. “One of the reasons people want to work with us is because of our name. They know we’re going to apply high journalistic standards to everything we do, even if it doesn’t involve hard news.”

The discussion inevitably turns to the recent clashes in Charlottesville and the storms brewing in Houston and Washington, D.C., literally and figuratively. O’Brien—who won Peabody and Emmy awards for her coverage of Hurricane Katrina, the earthquake in Haiti and the Gulf of Mexico oil spill—marvels at how history repeats itself. 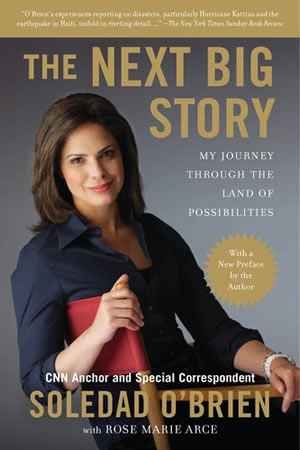 “If you had told me, 10 years ago, that we still would be talking today about Nazis marching through the streets, I would have told you that you were very confused,” says O’Brien, author of “The Next Big Story: My Journey Through the Land of Possibilities” (2010) and “Latino in America” (2009), both published by Celebra. “Reporting is more important than ever. At a time when the president calls journalists enemies of the people, there is a critical need for high-quality, well-researched, factually documented information.”

The youngest child of a white Australian father and Black Cuban mother, O’Brien learned early on the importance of “big American issues,” such as prejudice, discrimination and stereotyping. Not even the suburban idyll of middle-class Long Island, where she grew up, was immune to racism or intolerance. Being biracial caused O’Brien to forge a singular identity for herself.

Such moxie eventually paid off, as O’Brien made a name for herself—first in Boston, then Oakland—in the mostly white-male world of TV journalism. “In those days, I did a lot of ‘girl stories’—you know, the usual schools-and-drug-bust stuff,” she says. “When the ’92 L.A. riots occurred, I was struck by how white anchors and reporters focused almost exclusively on people of color. That was when I truly realized the industry needed to change. We needed to democratize the people who not only stood in front of the camera, but also were being represented in the media.”

O’Brien eventually became a champion of diversity, giving voice to the underserved and disenfranchised. She also has proved her journalistic mettle at NBC News and MSNBC by tackling such prickly subjects as race relations, social inequality and mass incarceration with unflinching honesty.

Bringing a fresh perspective to diverse and contemporary issues, she says, can sound more glamorous than it really is. Thus, she relies on a genuine interest in people. And their stories.

“The news industry is bigger than it ever was, but the news itself hasn’t changed all that much,” says O’Brien, fresh from the success of her Starfish-produced documentary “The War Comes Home: The New Battlefront” (2016). “Journalism is about telling stories—getting the facts right and bringing valid perspectives to people. I like to imbue my stories with a sense of humanity and possibility.”

O’Brien says that, if she has learned one thing about journalism, it is that people want to feel valued. Starfish, therefore, enables her to focus on stories that often fly below the radar—ones about issues of race, class, wealth, poverty and opportunity. “The idea that we’re all different is a bit overblown,” she says candidly. “All of us are bound together by our desire for opportunity and possibility. It’s just that each of us goes about it differently.”

Her commitment to meaningful, lasting change permeates other areas of her life. Case in point: O’Brien and her husband run the PowHERful Foundation, which helps get young women to and through college. Since 2011, the foundation has benefited hundreds of women of color from low-income families, giving them the financial assistance, mentorship and wraparound services they need to “get out of the shadows and onto the road toward their dreams.”

O’Brien considers the foundation one of her greatest accomplishments, next to being a mother of four. “My parents taught me that hard work wins out,” she says. “When I first had kids and was working, I was overwhelmed. My mother told me never to quit when I was in the throes of feeling terrible, and that I should take a moment to get perspective. I’ve given that advice to many people.”

Kim Bondy, senior vice president of programs and documentaries at Al Jazeera America, attests to O’Brien’s inspirational persistence. “I am repeatedly impressed and frankly wowed by Soledad’s amazing focus in all aspects of her life,” says Bondy, a friend and colleague for more than 20 years. “She’s a wife, a mother, a daughter to elderly parents, a business owner and philanthropist, and yet, she manages to give every aspect of her life absolute care. She misses very little, and has the ability to zero in on the core of any issue in front of her.” 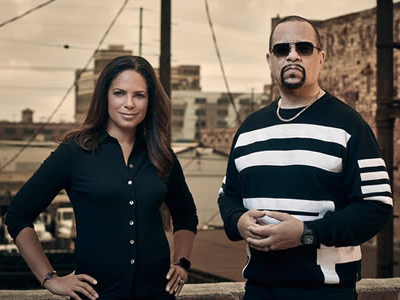 Another friend is actor-musician Ice-T, with whom O’Brien will host an upcoming investigative special for Fox about the deaths of legendary rappers Biggie Smalls and Tupac Shakur. “You should follow Soledad,” he recently tweeted. “She’s a Twitter assassin.”

O’Brien returns the compliment by revealing that Ice-T is one of the nicest, funniest men she knows. “He’s got the best memory of anyone I’ve ever met. He’s incredibly smart,” she explains.

That O’Brien would say this about Ice-T, a former gangsta rapper who plays a gruff, no-nonsense detective on television, reinforces the truism that people are not always what they appear to be—that there usually is a deeper story waiting to be told.

“It’s important to tell your own story,” O’Brien says. As if on cue, she ponders the same question many other journalists have, before fading to black: “If you don’t, who will?”