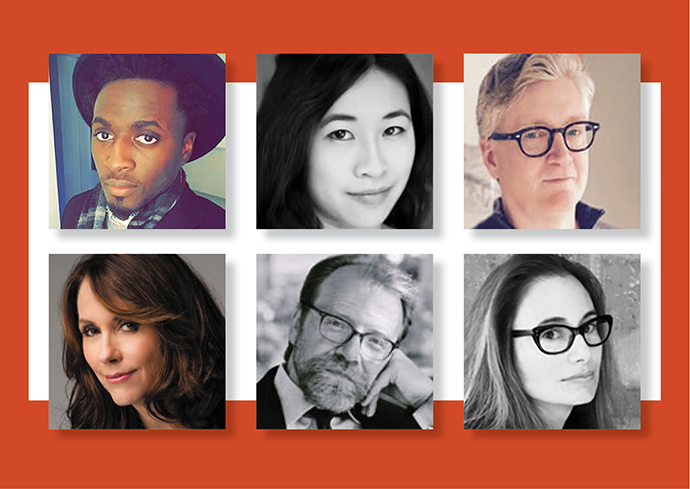 Writers in the University’s Creative Writing Program are enjoying an unprecedented level of success.

The M.F.A. Program in Creative Writing is embarking on a new chapter of literary success.

Members of the top-ranked program, based in the Department of English in the College of Arts and Sciences, are celebrating a raft of honors, awards and new publications.

Honorees include the following:

• George Saunders G’88, professor of English, being longlisted for the Man Booker Prize.

“We’re a close-knit community of writers, dedicated to addressing the challenges of the literary process and focusing on the craft and quality of fine writing,” says Christopher Kennedy G’88, associate professor of English and director of the M.F.A. program. “One of our prime strengths is the excellence of our students, many of whom are published by major presses and magazines and win prestigious awards. Their success speaks to the thorough, consistent attention they receive from their peers and from our world-class faculty.”

Building on the success of the short story collection “Tenth of December” (Random House, 2013), Saunders released his first novel, “Lincoln in the Bardo” (Random House, 2017), on Valentine’s Day. The book debuted at No. 1 on the New York Times Bestseller List, and is being adapted to film by Nick Offerman; his wife, Megan Mullally; and Saunders. 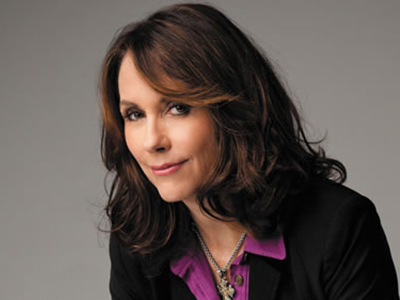 “It was a beautiful, mysterious experience, and I found myself craving it while, at the same time, flinching at the thousands of hours of work it would take to set such a machine in motion again,” writes Saunders in The Guardian (U.K.) about the creation of “Lincoln in the Bardo.” “There is something wonderful in watching a figure emerge from the stone unsummoned, feeling the presence of something within you, the writer, and also beyond you … [that leads] you to your own higher ground.”

Saunders also has finished a TV screenplay adaptation for his short story “Sea Oak,” whose pilot for Amazon was shot this past summer in Yonkers and Brooklyn. Directed by Hiro Murai (“Atlanta”), the project stars Glenn Close.

Next summer, Saunders and Karr will co-teach a writing salon on the Greek island of Patmos through GoodWorld Journeys. She taught there in 2016. “The ability to teach in the morning and write in the afternoon, with a handful of salons in the evenings, made an artist’s paradise for all of us,” says Karr, a best-selling memoirist and award-winning poet.

Also next year, Karr will release “Tropic of Squalor,” her first book of poetry in more than a decade and the fifth of her career. The collection follows “The Art of Memoir” (HarperCollins, 2015) and the 20th anniversary Graphic Deluxe Edition of her bestselling memoir “The Liar’s Club” (Penguin Random House, 2015). She plans to publish her next book of nonfiction in 2020. 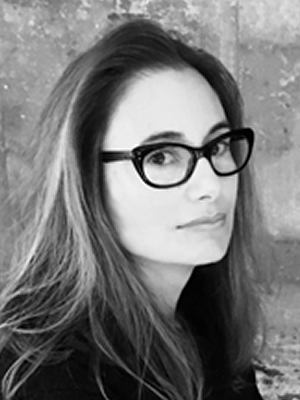 Spiotta is enjoying a string of successes. Her latest novel, “Innocents and Others” (Scribner, 2016), is arguably her strongest to date, and she has the hardware to prove it—chiefly, the 2017 John Updike Award in Literature from the American Academy of Arts and Letters. The award’s citation notes her “impressive depth and texture,” and “attentiveness to the architecture of the novel, its encompassing structure and idiosyncratic detail.” She also was a finalist for the L.A. Times Book Prize and the inaugural Simpson Family Literary Prize, chaired by Joseph Di Pisco ’72.

The Syracuse resident is particularly proud to be shortlisted with Unferth for the biennial SFC Literary Prize, a $50,000 award given to mid-career authors publishing their third to fifth books of fiction. “It’s exciting and encouraging to be shortlisted with such accomplished writers,” Spiotta says. “To have Deb Olin Unferth, a wonderful writer and an alumna of our program, also on the list makes it even better.”

Unferth, a professor at the University of Texas at Austin, was a finalist for the National Book Critics Circle Award in 2012. She returns Spiotta’s compliment by saying how “especially happy” she is to be in such illustrious company. “I’ve read several of the books on [the list], and have a lot of respect for the authors,” adds Unferth, whose latest book is titled “Wait Till You See Me Dance” (Graywolf Press, 2017).

Dee also is familiar with the SFC Literary Prize, having won it in 2011 for the novel “The Privileges” (Random House, 2010). The same book landed him the Prix Fitzgerald and a shot at the Pulitzer Prize for Fiction, for which he was a finalist. 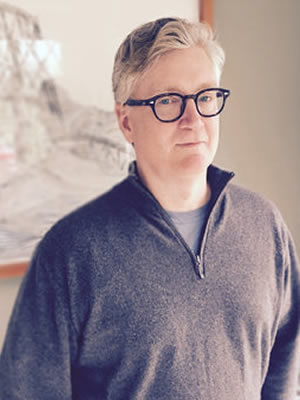 His seventh and latest novel, “The Locals,” is about a billionaire named Phil Hadi who runs for office after 9/11, and takes over a small, fictional town in the Berkshires. Michael Upchurch at the Boston Globe thinks Dee has outdone himself. “The book pits human ambition and gullibility against the forces of ethical uncertainty in a fraying social fabric,” he writes. “At the same time, it uses a variety of storytelling techniques to illuminate its characters from every possible angle.”

Ron Charles at the Washington Post concurs: “[Dee’s] prescient sensitivity has never been more unnerving. … Amid the heat of today’s vicious political climate, ‘The Locals’ is a smoke alarm. Listen up.”

Dee has been a contributing writer for The New York Times Magazine, a senior editor of the Paris Review and a literary critic for Harper’s Magazine. He came to Syracuse in 2015, after teaching at Columbia University and The New School. “It is, indeed, a nice moment for us,” says Dee of Syracuse’s success.

Another writer of distinction is Adjei-Brenyah G’16, whose first short story collection is “How to Sell a Jacket” (Houghton Mifflin Harcourt, 2019). Known for his surreal and satirical take on issues of race, consumerism and inequity, he is a visiting professor in Syracuse’s M.F.A. program.

“As a young African-American writer, I need to share my knowledge, passion and perspective with students interested in the world of the word,” says Adjei-Brenyah, previously the Olive B. O’Connor Fellow in Creative Writing at Colgate University. 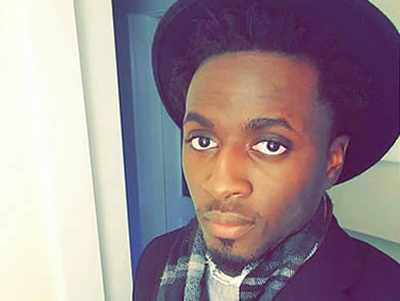 Also making their literary debuts are Magariel, with the novel “One of the Boys” (Scribner, 2017) and Benz, whose short story collection is titled “The Man Who Shot out My Eye Is Dead” (Ecco, 2017). Saunders taught Magariel at Syracuse, where he was a Cornelius Carhart Fellow. The acclaimed humorist considers Magariel an “exciting, new presence in American writing.” “[‘One of the Boys’] is brilliant, urgent, darkly funny, heartbreaking—a tour de force with startling new things to say about class, masculinity, addiction and family,” writes Saunders, adding that Amazon.com chose it as a “Best Book of the Month” (March 2017).

Benz is another compelling new voice, whose forte is inventive storytelling. Her book opens with the 2014 O. Henry Prize winner, “West of the Known,” about a Texas woman rescued from abuse by her half-brother, and ends with “That We May Be All One Sheepefolde,” in which a monk witnesses the loss of his monastery. Along the way are tales of violence and longing.

A classically trained actor, Benz previously has taught at the University of Houston and Colorado College, where she was a visiting writer. Her debut is characterized as a medley of “bloody, unredeemed tales, told with wit and unbounded invention” (The Wall Street Journal), and “unconventional tales [that] consistently startle and charm” (The New Yorker).

Reed, a native of Gloucester (U.K.), currently resides in Southern California. He is anticipating the release of his first novel, “A Hand on Your Back” (Simon & Schuster, 2018), described as a hilarious spoof of cycling and doping.

At Syracuse, Reed won the Joyce Carol Oates Award for Fiction, and was a regular contributor to Gigantic: A Magazine of Short Prose and Art.

“Great stories may be polished, but they are not balanced in any conventional way,” says Reed, who recently taught at The Loft Literary Center in Minneapolis. “They exist to unsettle, to challenge and provoke, and all revision should serve these ends.”

Chen is another alumnus who exemplifies Syracuse’s literary aesthetic. No sooner had the University Fellow graduated in May than she heard from the Wrolstad series, which supports young female writers through publication in the Tavern Books catalog and a month-long residency. In 2018, Tavern will release Chen’s first full-length poetry collection, “Unearthings.” Editor and publisher Carl Adamshick describes the book as a “measured, calm and reflective lyric, as faceted as a table-cut diamond set in a silver wedding band.” 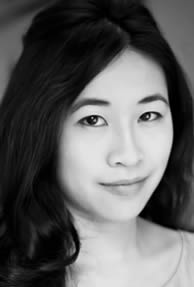 “I am honored to be part of a series that champions the voices of women,” says Chen, who recently was named one of “10 Young American Poets Changing the Face of Poetry” by The Culture Trip, a one-stop website for arts, culture and travel. “I hope my work encourages greater representation of Asian female voices in poetry.”

Chen recently won the Academy of American Poets’ inaugural Aliki Perroti and Seth Frank Most Promising Young Poet Award. “I’ve learned so much from my peers and teachers who share so generously their time, encouragement and knowledge with us,” she says of her time at Syracuse.

The M.F.A. program has many student success stories. Comeau, for example, is this year’s winner of the Menschel Fellowship Award. A gifted writer and Cornell-trained attorney, he works for the Volunteer Lawyers Project of Onondaga County, providing free legal information, assistance and representation in civil legal matters to low-income people.

The Haitian-born student also belongs to A&S’ La Casita Cultural Center. Since last year, he has helped document and curate a Latino baseball exhibition, in conjunction with the Smithsonian’s National Museum of American History.

Chhetri, in turn, is a University Fellow renowned on both sides of the Atlantic for his literary prowess. His first book, “Slow Startle” (The (Great) Indian Poetry Collective, 2016), was the inaugural winner of the Emerging Poets Prize, designed to discover and nurture India’s best new poets. He has received fellowships from the Norman Mailer Center in New York and the Sangam House in the South Indian city of Bangalore.

In July, Chhetri and two other poets beat out 1,200 other submissions to win Daniel Handler’s inaugural Per Diem Poetry Prize. (In addition to founding Per Diem Press, Handler writes under the pen name, Lemony Snicket.) In 2018, Per Diem will publish Chhetri’s chapbook, “Jurassic Desire.”

Says Karr, “With language as bracing as it is smart, [Chhetri] has carved work that makes him a powerful new citizen in poetry’s kingdom.

• Chen Chen G’15, winner of the A. Poulin Jr. Poetry Prize for his collection, “When I Grow up I Want to Be a List of Further Possibilities” (BOA Editions, 2017).

• David Wojciechowski G’13, who has published his first poetry collection, “Dreams I Never Told You & Letters I Never Sent” (Gold Wake Press, 2017) and has founded the literary magazine NightBlock.

• Devon Moore G’12, whose debut collection, “Apology of a Girl Who Is Told She Is Going to Hell” (Mayapple Press, 2015), was a finalist for the Binghamton University Milt Kessler Poetry Book Award.