NBCUniversal Vice Chairman Ron Meyer will visit the Newhouse School Monday, Sept. 11. He will discuss “The Role of Media in Society” in conversation with Professor Tula Goenka at 1 p.m. in the Joyce Hergenhan Auditorium, Newhouse 3. 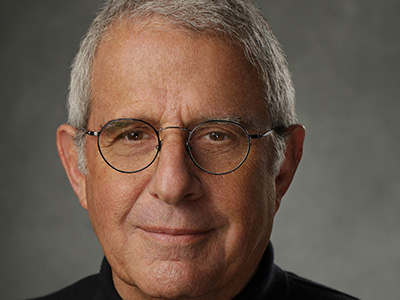 Meyer is a longtime supporter and friend of the Newhouse School, and has made several visits to campus to meet and speak with students. He served as co-chair of the school’s “50Forward” anniversary gala in 2015, and as co-chair of the school’s first-ever Mirror Awards ceremony in 2007, as well as in 2011. Meyer also helped launch the Syracuse University Los Angeles Semester, a satellite campus on the West Coast.

As vice chairman of NBCUniversal, Meyer provides strategic guidance and counsel on all aspects of the company, including its portfolio of film and television assets, as well as the global theme park businesses.

He was promoted in Sept. 2013 after serving as president and chief operating officer of Universal Studios since 1995.

Prior to joining Universal Studios, Meyer was president of Creative Artists Agency, which he founded in 1975 with four fellow agents from the William Morris Agency. Over the years they built the company into the pre-eminent talent agency, representing many of the industry’s most influential and talented people, and later expanding its range of services to include consulting with leading American and international corporations.

Previously, Meyer was a television agent with the William Morris Agency from 1970 -75, and a messenger at the Paul Kohner Agency in Los Angeles from 1964-70. Prior to that, he served in the U.S. Marine Corps. Meyer received an honorary degree from Syracuse University in 2010.

Meyer’s talk is free and open to the public. A reception will follow.