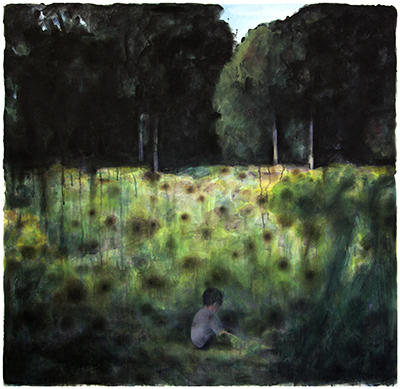 Tong Zhang G’18, a studio arts graduate student in the College of Visual and Performing Arts’ School of Art, was awarded a $15,000 grant by the Elizabeth Greenshields Foundation in Montreal, Quebec, Canada. The grant is one of the most prestigious available to emerging artists working in a representational style, as well as one of the most substantial.

Zhang is the recipient of many awards, including the Sam and Adele Golden Foundation for the Arts residency and the School of Art’s George J. Vander Sluis Award. His work has been shown nationally and internationally, including at the Swansea College of Art, United Kingdom; Attleboro Arts Museum, Massachusetts; Tucson Museum of Art, Arizona; and Central Academy of Fine Arts, China. He received a bachelor of fine arts degree in printmaking from Xi’an Academy of Fine Arts, Xi’an, China, and a master of fine arts degree in experimental art from the China Academy of Art, Hangzhou, China.

The Elizabeth Greenshields Foundation was created in 1955 by Charles Glass Greenshields, Q.C., a distinguished Montreal lawyer and amateur artist, in memory of his mother. The foundation has provided financial assistance to more than 1,700 artists in 40 countries. Its grantees are renowned artists, both nationally and internationally, including Jenny Saville, John Sherrill Houser and Aleah Chapin, among others.