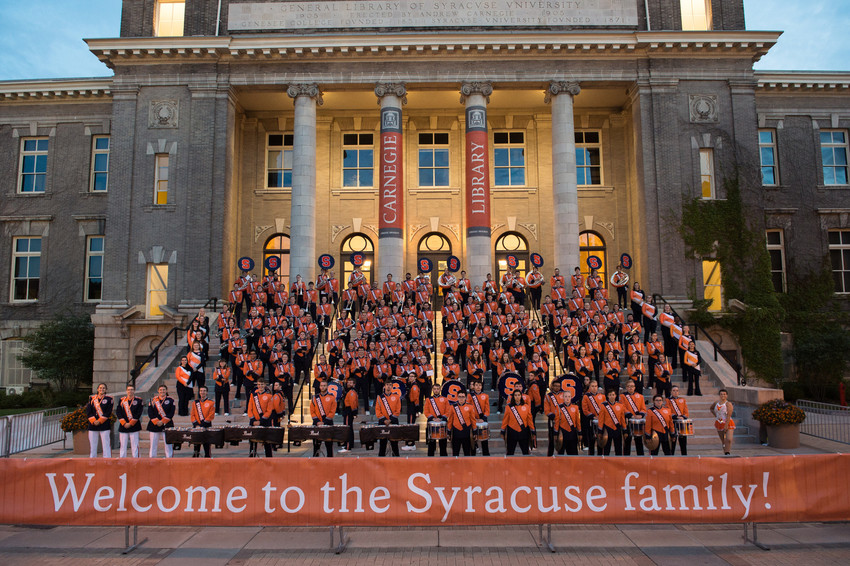 It’s been a busy several days for new students to Syracuse University. Take a look at some of the excitement and new memories made as part of Syracuse Welcome 2017. 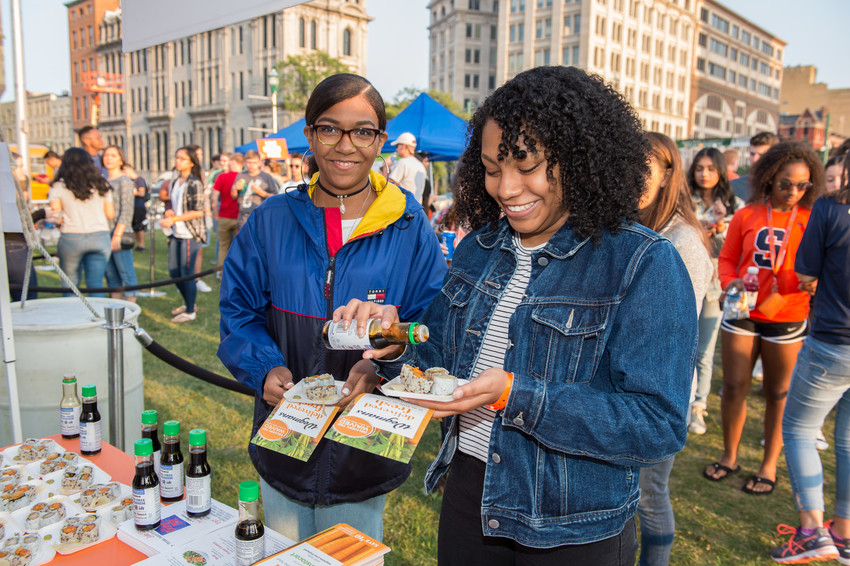 New students enjoy some samples during Citrus in the City. 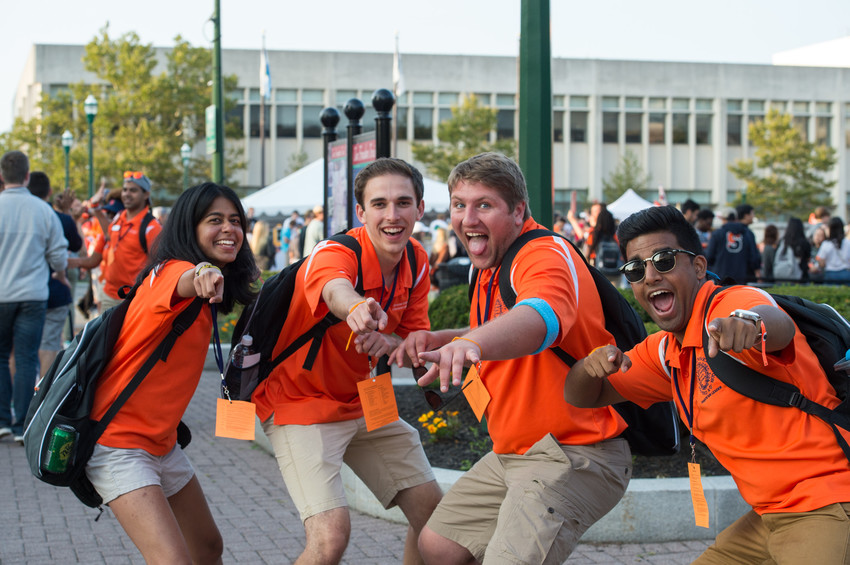 Orientation leaders at Citrus in the City

Several performances were held during Citrus in the City. 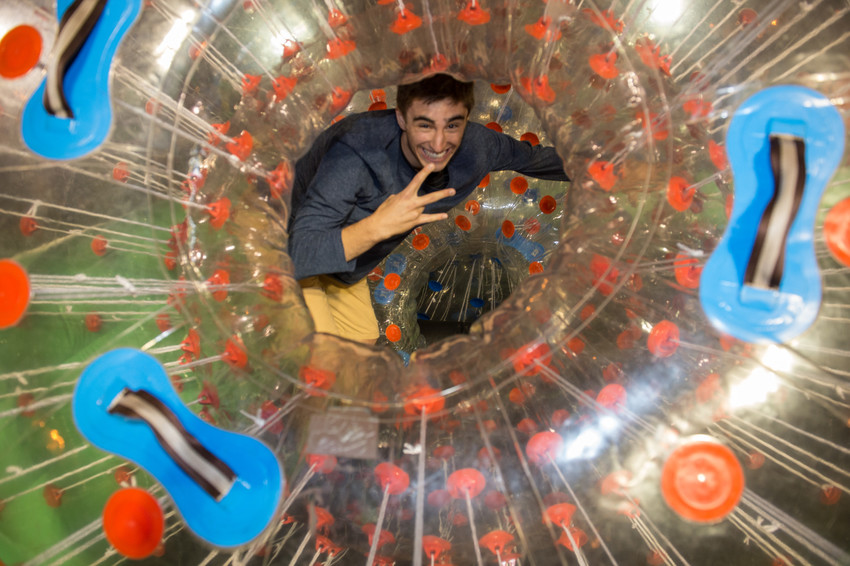 A new student enjoys some of the fun and games during Orange After Dark. 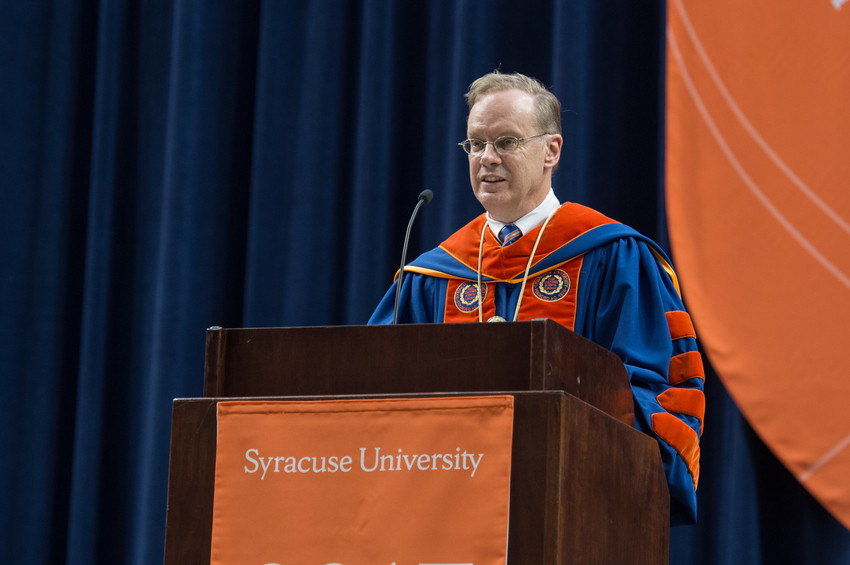 Chancellor Kent Syverud addresses new students and their families during the New Student Convocation in the Dome. 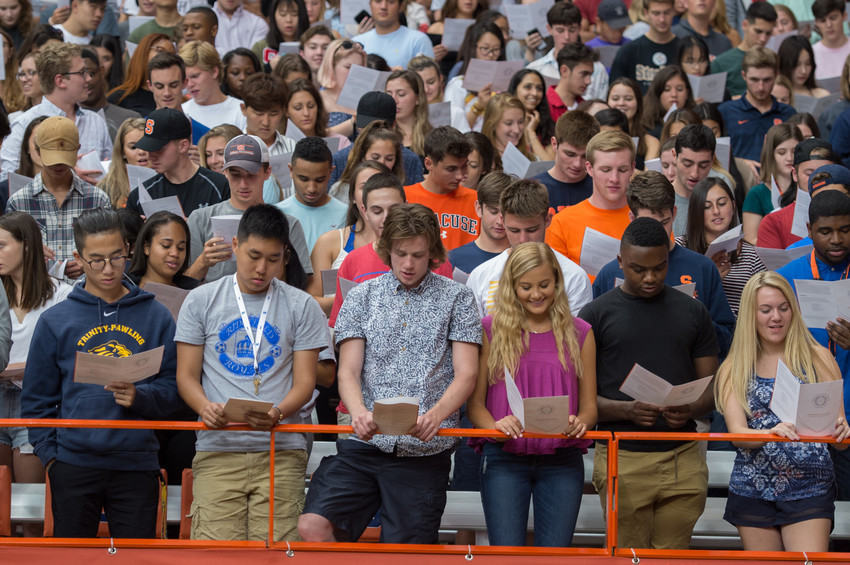 New students join in the alma mater during the New Student Convocation. 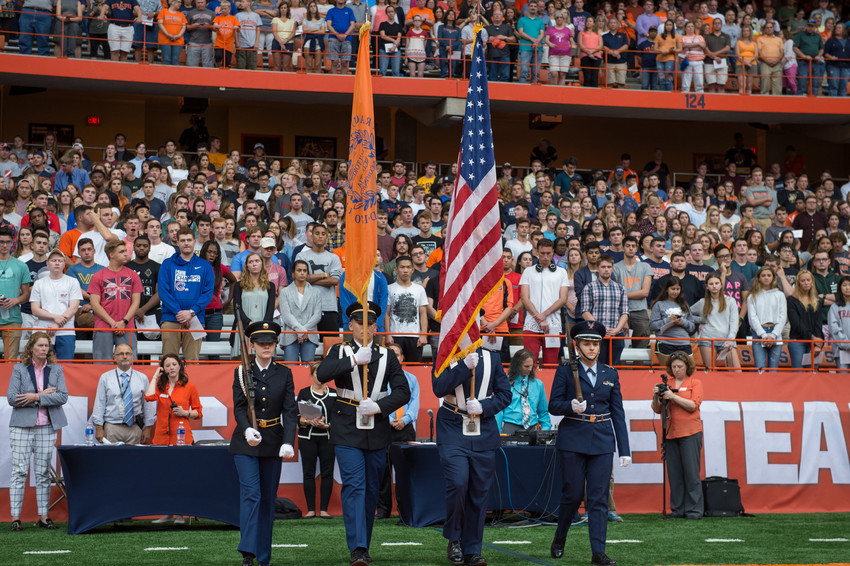 Members of the ROTC present the colors during the New Student Convocation. 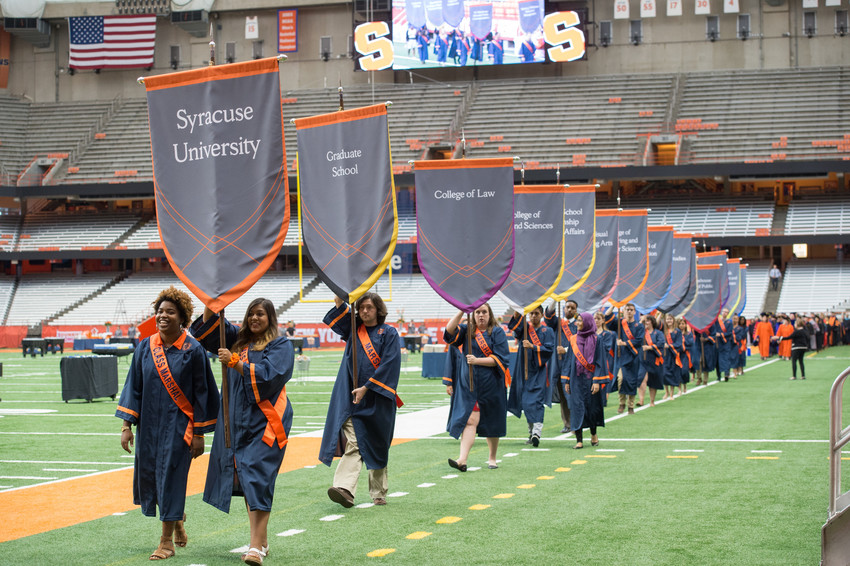 The 2018 student class marshals march in during the New Student Convocation. 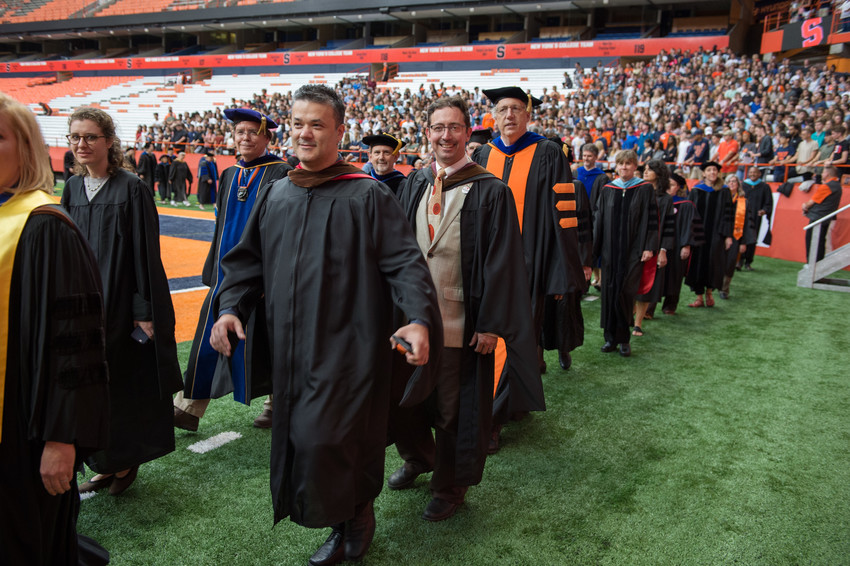 Faculty members enter the Dome during the New Student Convocation. 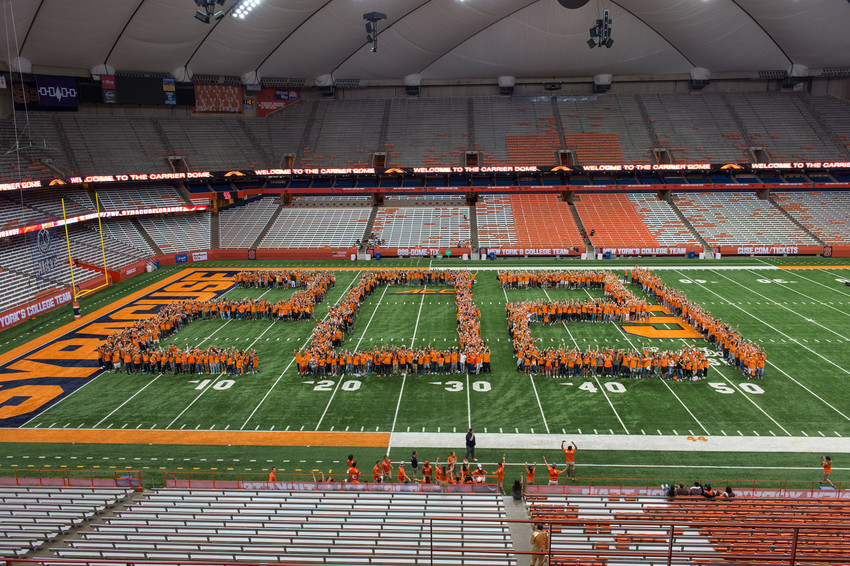 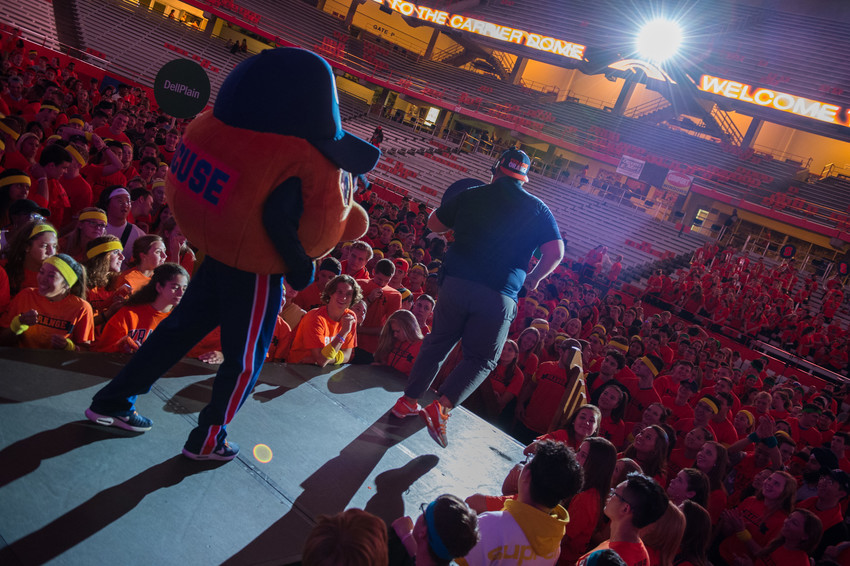 Otto and other entertainers perform for new students during Home to the Dome. 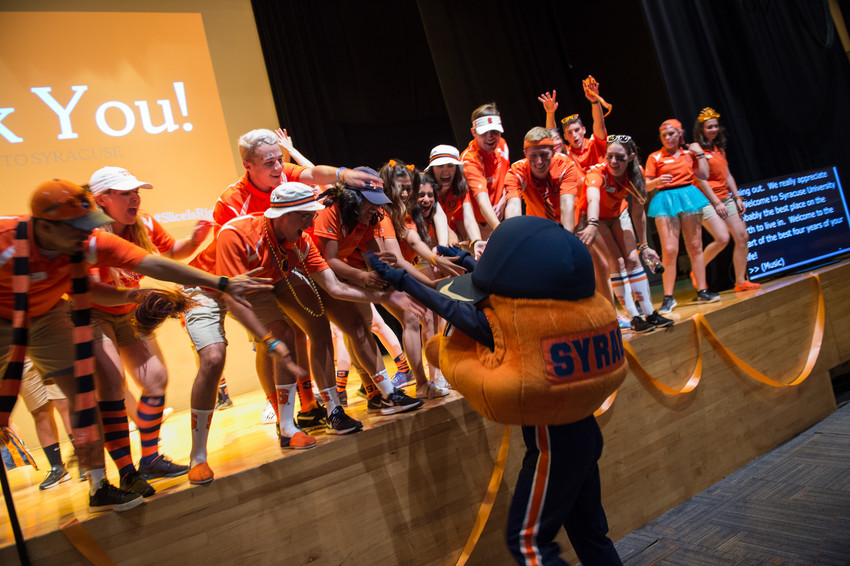 Orientation leaders and Otto rev up the crowd during the Slice is Right Game Show in Hendricks Chapel. 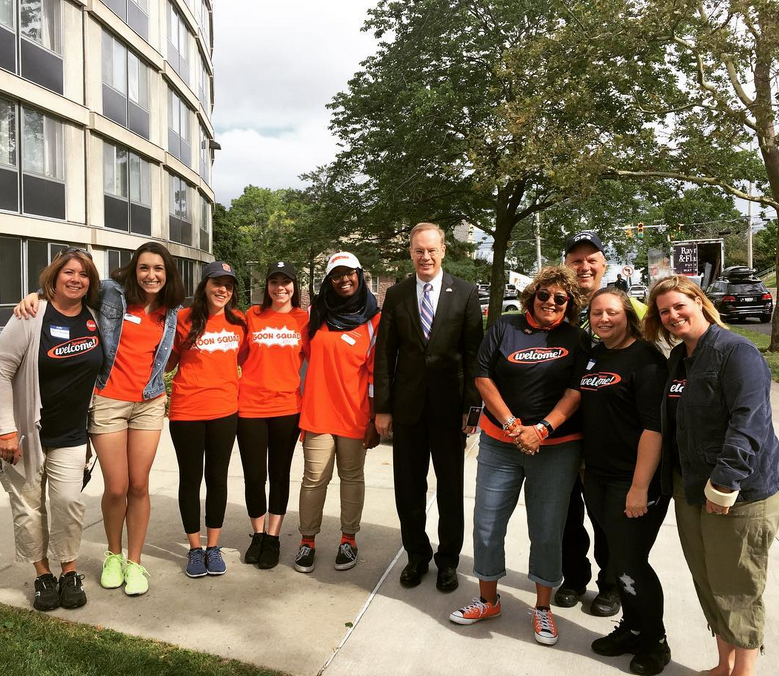 Chancellor Kent Syverud meets with students and staff during move-in. 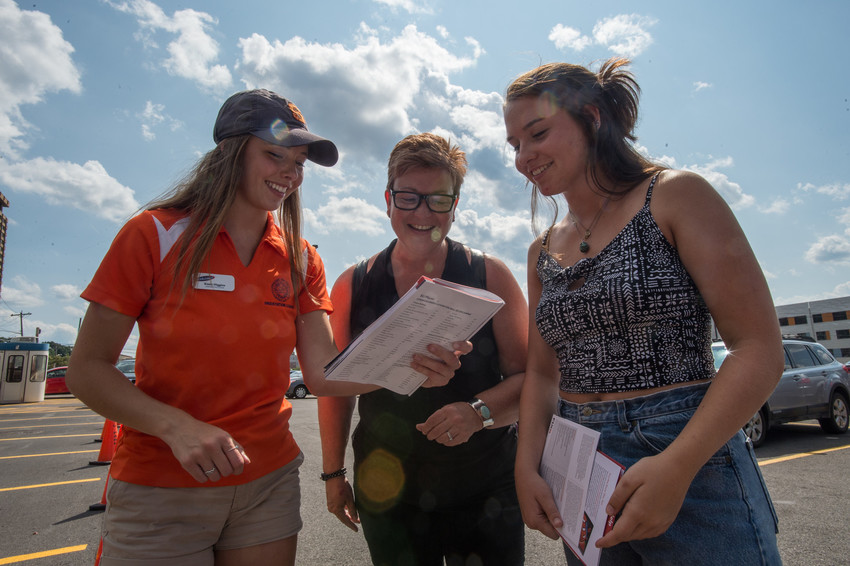 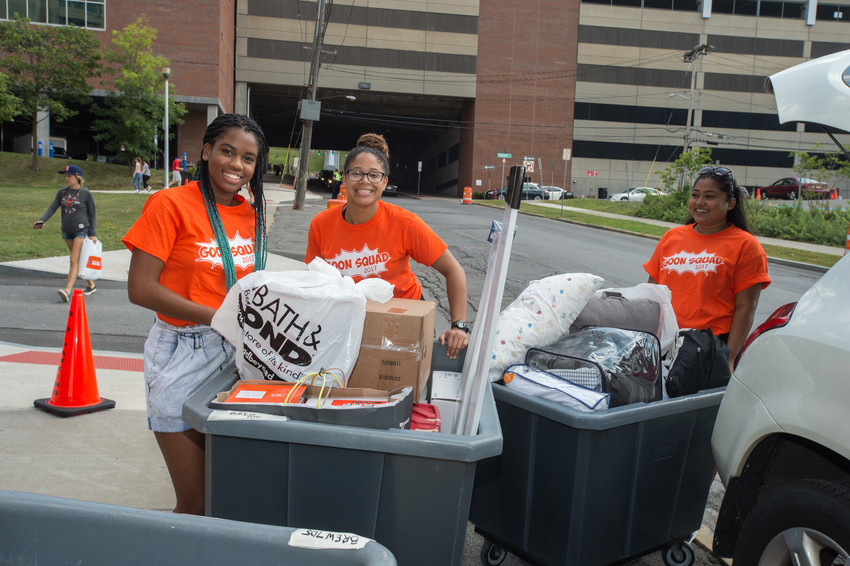 Members of the Goon Squad assist new students during move-in. 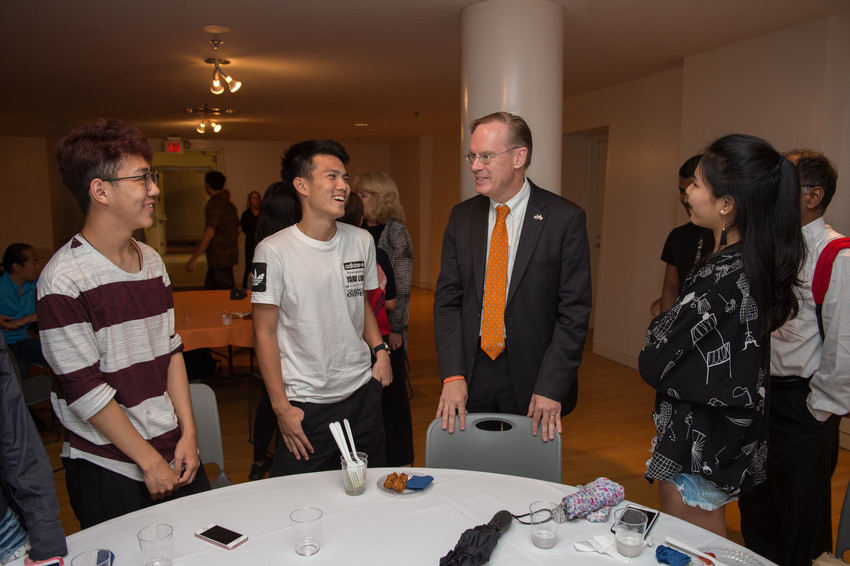 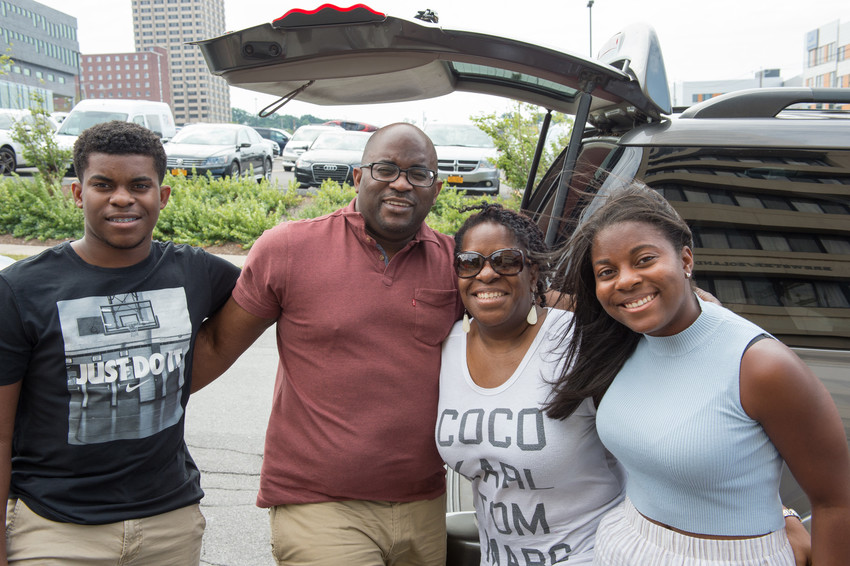 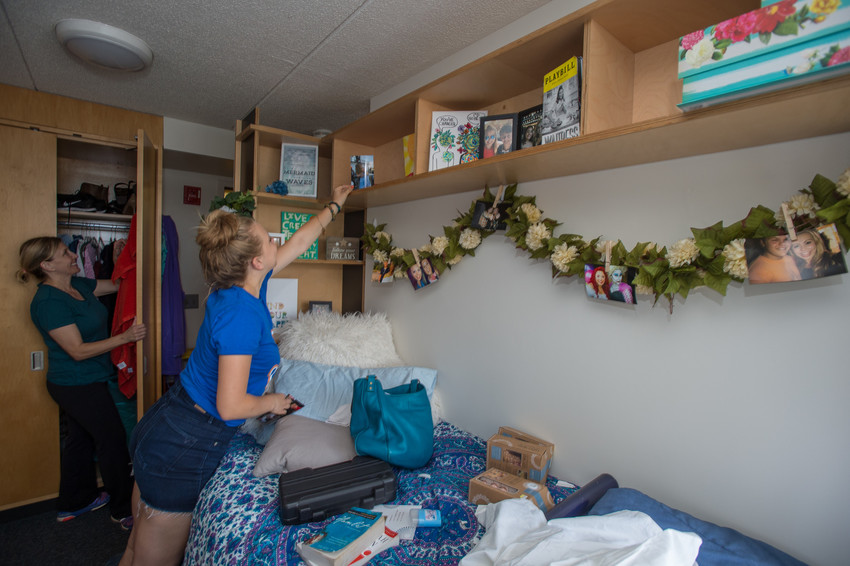 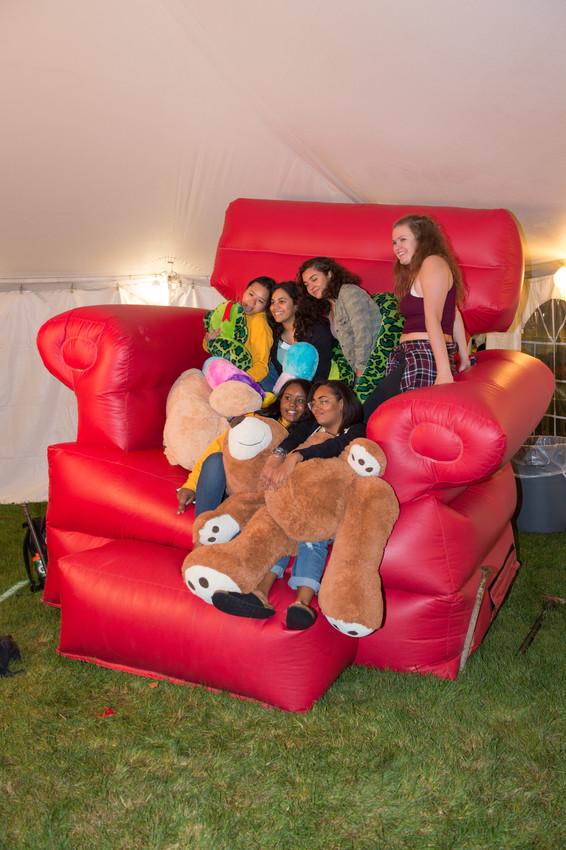 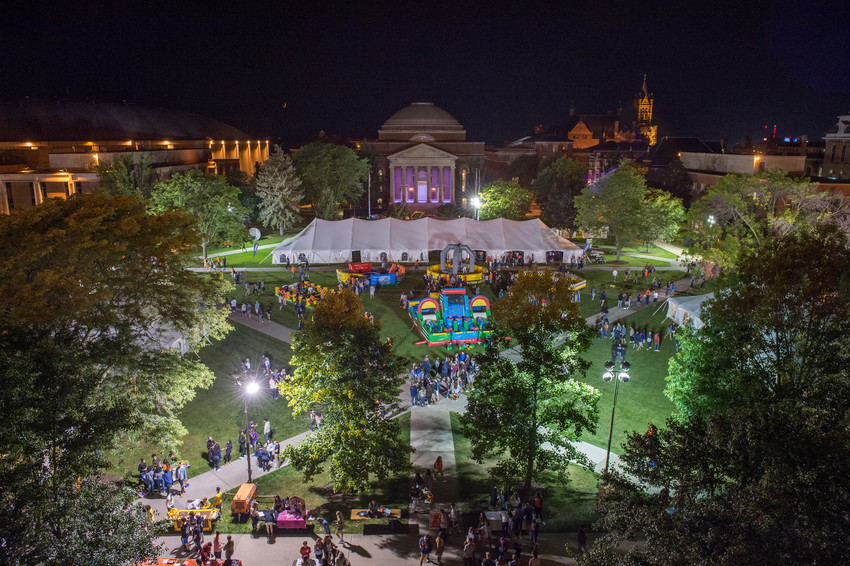 The Quad is lit up for the Orange Blast and Involvement Fair.