The fall semester of the 2017-18 Raymond Carver Reading Series begins Wednesday, Sept. 20, with poet Solmaz Sharif. All events in the series take place in Huntington Beard Crouse Hall’s Gifford Auditorium, with a Q&A at 3:45 p.m. and an author reading at 5:30 p.m. 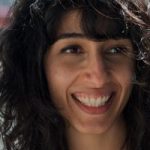 Born in Istanbul to Iranian parents, Solmaz Sharif holds degrees from UC-Berkeley, where she studied and taught with June Jordan’s Poetry for the People, and New York University. Her debut collection, “LOOK” (Graywolf Press, 2016), was a finalist for the 2016 National Book Award and 2017 PEN Open Book Award.

In “LOOK,” she recounts some of her family’s experience with exile and immigration in the aftermath of warfare—including living under surveillance and in detention in the United States—while also pointing to the ways violence is conducted against our language. Throughout, she draws on the Department of Defense’s Dictionary of Military and Associated Terms, the language used by the American military to define and code its objectives, policies and actions. The Publishers Weekly Starred Review said of “LOOK”: “Sharif defies power, silence and categorization in this stunning suite of poems and lyric sequences. … In form, content, and execution, ‘LOOK’ is arguably the most noteworthy book of poetry yet about recent U.S.-led wars in Afghanistan, Iraq, and the greater Middle East.”

Her work has been recognized with a “Discovery”/Boston Review Poetry Prize, the 2014 Rona Jaffe Foundation Writer’s Award, a National Endowment for the Arts Fellowship, a Ruth Lilly and Dorothy Sargent Rosenberg Fellowship, a Stegner Fellowship, a winter fellowship at the Fine Arts Work Center in Provincetown and a scholarship from the Bread Loaf Writers’ Conference.

She is currently a Jones Lecturer at Stanford University.

Other writers appearing this fall: 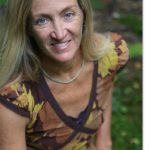 She has published work in Antioch, The Believer, Conjunctions, Glimmer Train, The Kenyon Review, New York Tyrant, NOON, The Quarterly and Western Humanities Review, among others.

Holland was a recipient of a Massachusetts Cultural Council award for artistic merit and a National Endowment for the Arts Fellowship.

She has taught for many years in the M.F.A. Program for Poets and Writers at the University of Massachusetts, as well as at Phillips Andover and the University of Florida. She serves on the board of directors at Fiction Collective Two. 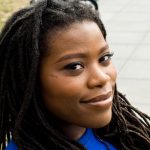 In “We Love You, Charlie Freeman,” the Freeman family—Charles, Laurel and their daughters, teenage Charlotte and nine-year-old Callie—have been invited to the Toneybee Institute to participate in a research experiment. They will live in an apartment on campus with Charlie, a young chimp abandoned by his mother. The Freemans were selected because they know sign language; they are supposed to teach it to Charlie and welcome him as a member of their family. But when Charlotte discovers the truth about the institute’s history of questionable studies, the secrets of the past invade the present in devious ways.

USA Today writes of the book: “…witty and provocative … Greenidge deftly handles a host of complex themes and characters, exploring not just how (literally) institutionalized racism is, but the difficulty of an effective response to it. … Greenidge doesn’t march to a pat answer; the power of the book is in her understanding of how clarity wriggles out of reach. For all the seriousness of its themes, though, ‘Charlie Freeman’ is also caustically funny.”

She is the Fall 2017 Visiting Writer for the  M.F.A. Program in Creative Writing. 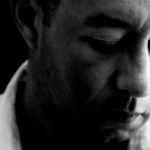 Phillips is the Leonard and Elise Elman Visiting Writer in the College of Arts and Sciences. He is a professor of English and of African and African American studies at Washington University in St. Louis, where he also teaches in the creative writing program.

Phillips is also the author of a book of prose, “Coin of the Realm: Essays on the Art and Life of Poetry” (Graywolf Press, 2004), and the translator of Sophocles’ “Philoctetes” (Oxford University Press, 2003).

Phillips served as a chancellor of the Academy of American Poets (2006-12). 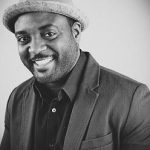 A poet and memoirist, Betts is the author of three books: “Bastards of the Reagan Era” (Four Way Books, 2015), winner of the PEN New England prize for poetry; the poetry collection “Shahid Reads His Own Palm” (Alice James Books, 2010); and the 2010 NAACP Image Award-winning memoir “A Question of Freedom: A Memoir of Learning, Survival, and Coming of Age in Prison” (Avery, 2009).

The New York Times writes of Betts: “Fierce, lyrical and unsparing, the poems in ‘Bastards of the Reagan Era.’ This is a haunting and harrowing book that addresses, through the power of poetry, the trials of coming of age during an era in which unarmed black men and boys are dying at the hands of police officers, and millions are incarcerated by a justice system that turns people into statistics and warps their lives and hopes.”

Publishers Weekly says of “Bastards of the Reagan Era”: “Poet and memoirist Betts presents elegy after elegy in a devastatingly beautiful collection that calls out to young black men lost to the pitfalls of urban America. In ‘Elegy with a City in It,’ he flips the same handful of words and their homonyms over and over to meticulously depict the violence—systematic and individual—experienced by black people in Washington, D.C., during the 1980s. These poems are aimed at readers willing to be moved and to be schooled, who appreciate poetry’s ability to cull beauty and hope from despair and desolation.” 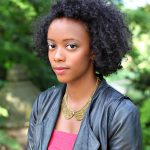 Angela Flournoy is the Jane and Daniel Present Lecturer in the College of Arts and Sciences. She is the author of “The Turner House” (Houghton Mifflin Harcourt, 2016), a finalist for the National Book Award and a New York Times notable book of the year. The novel was also a finalist for the Center for Fiction First Novel Prize, the PEN/Robert W. Bingham Prize for Debut Fiction and an NAACP Image Award.

“Flournoy’s spare, headstrong style enables her to lay bare, without pretensions, a story about the black American diaspora in which slavery, segregation and gentrification are all joined in a single narrative,” writes The Nation in its review of “The Turner House.”

Flournoy was a National Book Foundation “5 Under 35” Honoree for 2015. Her fiction has appeared in the Paris Review, and she has written for the Los Angeles Times, the New Republic and The New York Times.

Flournoy is currently the Rona Jaffe Foundation Fellow at the New York Public Library Dorothy and Lewis B. Cullman Center for Scholars and Writers.

The Raymond Carver Reading Series is supported by the College of Arts and Sciences, the Syracuse University Library Associates, Stephen King, the Dr. Scholl Foundation, the Lynn & David Pleet ’53 Fund for Creative Writing, the Richard Elman Visiting Writer Fund, the Friends of Creative Writing, Chris Tennyson, Jerome Cohen, the Jane and Daniel Present Fund, Don McNaughton and the Interdisciplinary Fund for the Humanities from Leonard and Elise Elman.