Hemsley to Speak on Viral Spread of Fake News

School of Information Studies (iSchool) Assistant Professor Jeff Hemsley will speak about the reasons behind the viral spread of fake news on the Internet in a lecture held at the Skaneateles Library on Aug. 24. 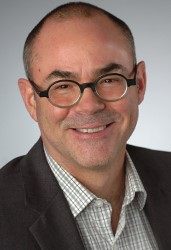 While social media can be a democratizing force, allowing voices to be heard that would otherwise be ignored or suppressed, it also enables the spread of rumors, conspiracy theories and fake news. When content is shared across sites such as Facebook and Twitter, it can go viral and spread quickly to hundreds, thousands, even millions of people.

The consequences of the viral spread of fake information on the Internet extend offline, too. Tweets spreading rumors that a zoo’s tiger was loose and roaming the streets of London led to a brief panic in 2012, and an entirely fabricated conspiracy theory linking a politician to a human trafficking ring spread virally and ended in a man firing shots into a pizza restaurant in Washington, D.C., in 2016.

In his talk, Hemsley will explain how viral events work, and what makes some content go viral while other content stays obscure. He will explore how viral fake news differs from viral factual news, and will provide insight into the inner works of what goes viral and how. He will also discuss why fake political news is likely more prone to spread than other kinds of fake news.

Hemsley is co-author of the book  “Going Viral,” which explains what virality is, how it works technologically and socially, and draws out the implications of this process for social change. At the iSchool, he is a founding member of the Behavior, Information, Technology and Society Laboratory (BITS lab), and teaches courses on information visualization at the graduate level.

The lecture, made possible in part by a state grant secured by Senator John A. DeFrancisco, will be held at 6:30 p.m. on Thursday, Aug. 24. The library is located at 49 E. Genesee St. in Skaneateles. Registration for the event is requested, and can be completed online.