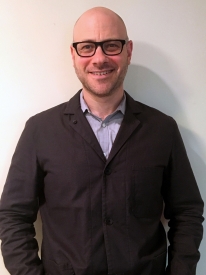 Award-winning media professional Bill Werde has been named director of the Bandier Program for Music Business and the Entertainment Industries at Syracuse University. The program, established in 2006 and made possible through a generous gift from music industry executive Martin Bandier ’62, is part of SU’s S.I. Newhouse School of Public Communications.

Martin Bandier, the program’s founder, is a Syracuse University alumnus and chairman and CEO of Sony/ATV Music Publishing. “I’ve known Bill personally for a number of years and he has a knowledge and understanding of the music industry that is second to none,” Bandier says. “I cannot think of a better person to succeed the program’s excellent first director, David Rezak. Bill joins at an incredibly exciting time for the program as it moves to the Newhouse School, and I know with his appointment that it will grow in stature, and its future is in extremely capable hands.”

Werde, former editorial director of Billboard, has served as a strategic adviser to top media and music industry companies and nonprofit organizations for the past year and a half.

“Bandier already has the best music industry students and instructors in the world,” says Werde. “This move to the Newhouse School represents an opportunity to leverage some of the best advertising, PR, media, film and television resources and technologies available to students anywhere. I couldn’t be more honored and excited to shape this next chapter of Bandier.”

During eight-plus years at Billboard, Werde directed content strategy, planning and execution across all Billboard properties, including Billboard magazine and billboard.com, helping transition the company from a print business-to-business trade magazine to a rapidly growing digital consumer brand. He led the 2010 relaunch of billboard.com, created a video department and expanded across social platforms and into branded content. The relaunch earned a 2010 Ellie Award for Digital Media from the American Society of Magazine Editors. Under Werde’s direction, Billboard also earned Eddie Awards for Best Media and Entertainment Publication from Folio magazine in 2006 and 2007.

“We are thrilled to welcome Bill to the Newhouse School as head of the Bandier Program,” says Newhouse Dean Lorraine Branham. “His background and skills make him the right kind of leader for this new era of the program, and I know he will do great things for our students.”

The Bandier Program for Music Business and the Entertainment Industries provides an interdisciplinary curriculum of study in the business of music, media, marketing and entrepreneurship, with opportunities for experiential learning in the music business.