Remembering William ‘Bill’ Pooler: He Made an Impact Locally and Around the World 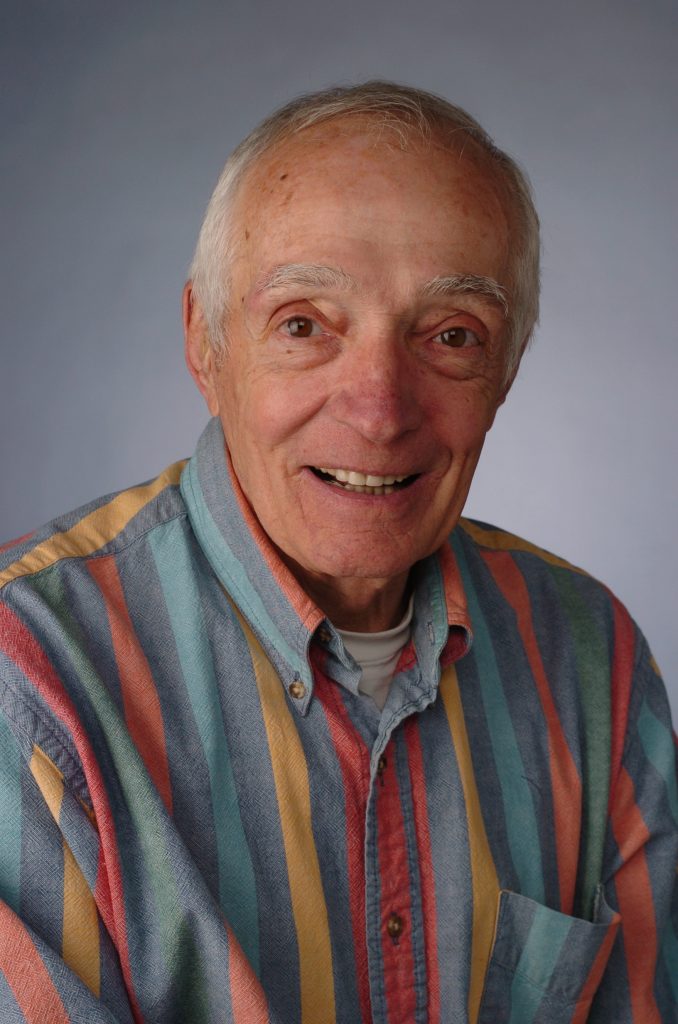 As a sociologist, William “Bill” Pooler studied many different facets of society on the local, national and global levels. He was involved in dozens of diverse projects over his 45-year career, from developing reorganization procedures for an Onondaga County jail, to designing installation resource management evaluation procedures for the U.S. Army, to training host country personnel in Southeast Asia and Africa for the Agency for International Development (USAID).

Teaching was his real love, though. He joined the Syracuse University faculty in 1965 and taught continuously in the Maxwell School of Citizenship and Public Affairs and College of Arts and Sciences until his retirement in 2010.

Pooler, professor emeritus of sociology, died on Aug. 3. He was 85.

“Bill was a popular instructor whose courses were always oversubscribed. His teaching approach was to get students interested and involved in the subject, not just to memorize facts,” says Christine Himes, dean of the Lewis College of Human Sciences at the Illinois Institute of Technology and a former chair of the sociology department in the Maxwell School. “He had a special affinity for teaching the introductory graduate statistics course. He believed that any student could learn the material and shepherded many fearful students successfully through the class.”

Himes says that Pooler taught a wide range of courses at the undergraduate level, including family sociology, research methods, criminology, sociology of sport and, his favorite, criminal justice. “Bill imbued his criminal justice courses with real world examples gleaned from the work of his wife, Rosemary, an attorney and federal judge,” she says.

One of Pooler’s first projects at Syracuse, started in the late 1960s, was collaborating with faculty in the School of Management and College of Engineering to develop needs assessment and organizational procedures for NASA’s Apollo space program.

During the 1970s, as part of the Mid-Career Executive Education Program in the Maxwell School, Pooler developed plans to implement and evaluate numerous integrated rural development projects in the Bicol Region of the Philippines. He also helped develop and run courses in program evaluation for host country personnel in Southeast Asia and Africa under the auspices of USAID.

Also in the 1970s, Pooler worked closely with School of Management Professor James Vedder to develop a resource management evaluation system for the U.S. Army. Pooler and Vedder gave seminars and workshops on project planning, design, implementation and evaluation for U.S. and foreign government officials. Pooler told the sociology department’s Janet Coria in 2010 that this project—which gave them the opportunity to make an impact on the lives of people around the world—was one of the highlights of his career.

During his University career, Pooler was a member and chair of several department, school and University committees. He presented at numerous American Sociological Association and Eastern Sociological Society conferences, chaired several dissertations and master’s degree theses, and advised undergraduate students.

“Bill was a gregarious and jovial person with a great sense of humor. He enjoyed his work at Syracuse very much. He taught a range of undergraduate courses, the students loved him and his courses were always full,” says Prema Kurien, professor and chair of sociology in the Maxwell School. “We appreciate his 45 years of service to the sociology department and his many contributions.”

“Bill is fondly remembered by the faculty, staff and students as a wonderful teacher and colleague,” says Madonna Harrington Meyer, professor and former chair of sociology.

He was an avid runner and a member of the SU noontime runners group. He participated in marathons, including running the New York City marathon several times.

Pooler is survived by his wife, Rosemary, a U.S. circuit judge for the U.S. Court of Appeals for the Second Circuit; their children, Penelope and Michael; and two grandsons.

Donations in Pooler’s memory may be made to the Department of Sociology, 302 Maxwell Hall.