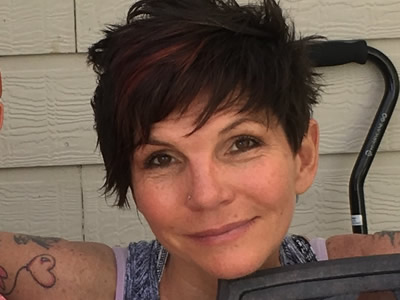 As a doctoral student in philosophy, Carol V.A. Quinn G’02 studied Hebrew for two years and traveled to Israel, where she interviewed Holocaust survivors. She concedes she took a nontraditional approach to researching her dissertation, Considering the Nazi Data Debate: The Moral Aspects of Deciding Whether the Data Should Be Used. “Everybody else was writing philosophical dissertations in the armchair and I had to go across the world and get the real scoop,” she says. “I didn’t want to read about it in books.”

“It has been difficult,” Quinn says. “There are so few women in the discipline.” A 2016 analysis backed that up, noting that “gender disparity remains large in mainstream Anglophone philosophy.” Women make up 25 percent of faculty in top-ranked philosophy departments, 28 percent of recently placed Ph.D.s, 29 percent of recent philosophy Ph.D.s in the United States, 24 percent of American Philosophical Association (APA) members who reported their gender and 13 percent of recent authors in five elite journals, according to the study.

Although she praises the APA for efforts at making the discipline more welcoming to women and other marginalized groups, the study of philosophy “caters to what I consider to be masculine ways of engaging each other,” Quinn explains. “Philosophy is famous for making arguments and presenting the best case. More often than not, this becomes rather combative. For women, this can be a turnoff. This is typically not the way we like to engage one another.”

Quinn remembers that female graduate students were a minority when she studied in Syracuse’s College of Arts and Sciences. She credits women and men in the philosophy department, including Linda M. Alcoff, now professor of philosophy at Hunter College and the City University of New York Graduate Center, for their support. She singles out Samuel Gorovitz, an expert in medical ethics who served as her dissertation adviser, as “a phenomenal feminist force” and mentor.

“He’s my go-to person for support and advice,” Quinn says. “Sam, more than anyone at Syracuse, showed me that I am only limited by my imagination. I wanted to be a messy, hands-on philosopher. Sam supported me every step of the way. He’s always there when I want to push boundaries.” 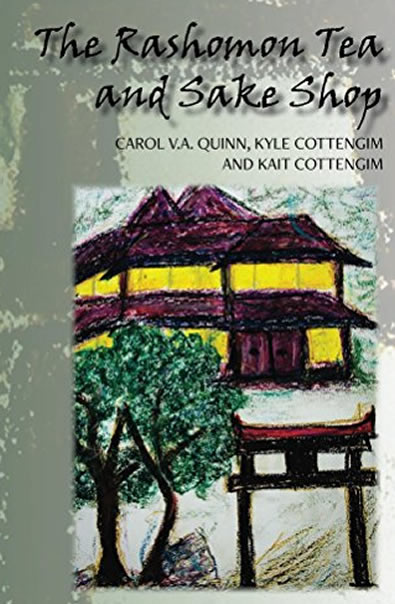 Now Quinn is paying it forward, supporting young female philosophers. At MSU Denver, she and a colleague founded the Women’s Philosophy Group to help recruit and mentor female-identified students. The group organized and hosted the first national Undergraduate Women’s Philosophy Conference in April 2016. A second conference was held in spring 2017.

She received MSU Denver’s 2017 Outstanding Female Faculty Award, sponsored by the university’s Institute for Women’s Studies and Services, for her outstanding contributions to the campus community, including individuals who are LGBTQ+ identified.

Quinn continues to push academic boundaries as the author of philosophical novels, fictional stories that incorporate philosophical lessons. Perhaps the most famous example of the genre is “The Stranger,” the 1942 novel by author Albert Camus that focuses on the philosophy of the absurd and existentialism.

Contemporary examples include the novels of Iris Murdoch and “Sophie’s World” by Jostein Gaarder (Farrar, Straus & Giroux, 1991). Gaarder’s book is frequently used in middle and high school classes as well as college-level introduction to philosophy classes. “Philosophical novelists have had a hard time convincing the philosophical world to take us seriously,” she says. “Our work is not considered rigorous enough.”

Quinn’s first philosophical novel, “The Rashomon Tea and Sake Shop,” coauthored with Kyle Cottengim and Kait Cottengim, was published in 2016 (Rock’s Mill Press). The novel focuses on the existence of God, the nature of knowledge, feminist critiques of Western philosophy and what it means to live a good life.

Rock’s Mill Press will publish two more philosophical novels—both solo-authored—in the next two years. They are “The Glorious Life of Jessica Kraut: An Adventure in Eastern and Indigenous Religions and Philosophies” and “Afterlife Inc,” which deals with comparative religions.

In addition, a nonfiction book that draws on Quinn’s dissertation, will be published this fall by Lexington Books, a division of Rowman and Littlefield. “Dignity, Justice, and the Nazi Data Debate,” is dedicated to Gorovitz.

Quinn calls writing philosophical novels her passion. “They’re geared toward general audiences, people who might be put off by the dry text of philosophy,” she explains. “It’s a friendlier, less combative approach. Maybe we can change the whole understanding of what philosophy is and broaden how it has been defined.”