Driving a car for ridesharing companies Uber or Lyft. Completing a programming assignment on the freelance marketplace Fiverr. Performing data entry tasks on the Mechanical Turk digital worker platform. These are all examples of jobs that people are working on in the gig economy. 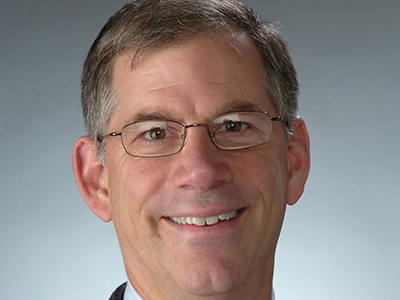 The growing number and variety of gig-work outlets online is making it easier for users to connect with people who want to pay them to do any number of tasks.  A recent Pew Research Center survey of U.S. adults found that nearly 1 in 10 have earned money within the past year from a digital platform. Another nearly one in five Americans earned money by selling something in an online marketplace, while 1 percent have rented out their properties on a home-sharing site like AirBnB. When you add together all of the workers taking part in the various online marketplace and gig-work platforms, 24 percent of American adults earned money this way last year.

School of Information Studies (iSchool) faculty member Steven Sawyer was recently awarded a grant from the National Science Foundation (NSF) to study how people pursue work in the gig economy, and what challenges need to be overcome to make this kind of work successful for the workers that are doing it. Sawyer’s research will focus particularly on understanding how workers from disadvantaged backgrounds are prepared to participate in this quickly-growing arena.

“While we know that gig-based jobs are growing in popularity for workers across the spectrum, we don’t have a great understanding of what it takes to be a worker in this kind of environment, especially among disadvantaged populations,” explains Sawyer. “Our goal is to understand, in greater depth, what will be needed to make this kind of work successful, and to identify the particular challenges and needs of workers who come from disadvantaged backgrounds, such as single parents or rural workers, for example.”

How these workers obtain and organize their resources, how they use digital tools and services, and where they work, are all areas that Sawyer and his research team plan to study.

“These workers often work outside of typical office settings. Their workspaces include coffee shops, libraries, co-working centers and other on-the-go places,” says Sawyer. “Some have routine circuits of travel and can rely on co-working spaces, while some are more nomadic. Either way, they must organize and reconfigure their work resources, creating ‘mobile offices’ that provide cognitive space, physical space, communications and direct work resources.”

A second goal of Sawyer’s work is to develop better methods for collecting data on gig workers, and how to understand the alternative uses of the digital platforms, applications and devices these workers use.

“We see our work contributing to policies and programs focused on educating, training and preparing a more digitally-enabled workforce of the future,” notes Sawyer, “as it is clear that these new digital platforms and gig-work opportunities are only going to get more popular as their adoption steadily increases.”

The NSF grant, for just over $52,000, was awarded under the Foundation’s EAGER program. EAGER, “Early-concept Grants for Exploratory Research,” funding is provided to researchers to support exploratory work in early stages on untested but potentially transformative, research ideas or approaches.