A Decade of PRIDE 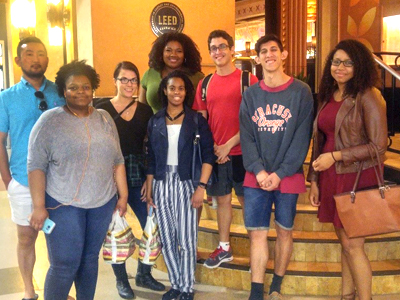 The program is sponsored by the Department of Psychology and the Neuroscience Program.

The five 2017 scholars presented their work to fellow students and psychology faculty during the annual PRIDE symposium this past June.

In addition to 15 to 20 hours of mentorship each week, students are also offered a chance to participate in several sessions of professional development, designed to help each of them build the skills needed to apply and succeed in graduate school. 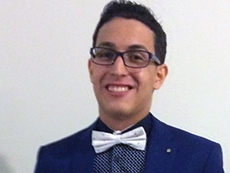 The basis of the presentation was trying to find alternate variables, besides the already existing analyzed variables (such as alcohol and marijuana consumption), and how those variables could predict stimulant misuse. My inspiration for this project was because of my very own interest on the effects that drugs have on the human brain, and how said drugs alter one’s own behavior.

My interest towards psychology officially began when I took Psychology 205 during my freshman year. The diverse topics presented during that class exposed me to a whole field of ideas and interests that combined with my very own ideas of helping others’ emotional and mental states. After that it didn’t take long for me to officially declare a major in psychology, and explore the amount of classes that the university had to offer.

What do you think you gained most from participating?

My plans, for now, after graduation would hopefully be to take the MCAT and take subsequent year off applying for medical school. I would also like to participate in an internship or research program that allows me to further gain experience that could prove helpful going into medical school. 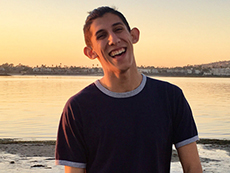 Psychology 274. This Social Psychology class within the first 10 minutes addressed all the unanswered questions. I was sold and knew I had to commit wholeheartedly to psychology indefinitely.

What do you think you gained most from participating?

After completing this summer program, what I gained the most from participating was my confidence. I was unsure as to how well I had been doing in Dr. VanderDrift’s lab. I felt I was able to obtain and expand on theories when given to me as well as adding onto the study; however, there was constant doubt Laura and Kathleen (graduate student) were being kind to me as to not discourage me. They reassured me, my assistance and input was worthy and greatly appreciated, of course making me feel as though I had found my passion, social psychology.

I plan to apply to Ph.D. programs focusing on social psychology. Id like to be an industrial-organizational psychologist back home, in LA. 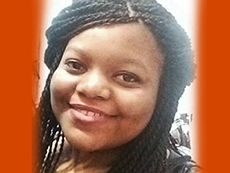 My project used the open field apparatus to test levels of anxiety in CD-1 mice that had been maternally separated and then reared in either standard or enriched cages and compared these results to non-treated control animals. We tested to see if maternal separation and standard rearing would cause the mice to exhibit increased anxiety levels and if environmental enrichment would prevent this. My project was just an analysis of the data we collected during the program, but focused on the open field assessment.

I decided that I wanted to study psychology because of how much I enjoyed my high school AP psychology class. I love learning about the mind and behavior, but I was also especially drawn to the fact that I could pair it with my neuroscience ILM.

What did you gain most from participating?

The most valuable thing I gained this summer was the hands-on experience that I got with research and the guidance that I got about taking the next steps in my academic career.

After graduation, I hope to matriculate into an MD/Ph.D. program and become a doctor and medical researcher. 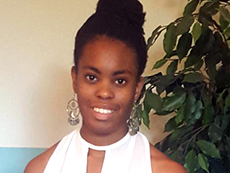 What my project explored was the relationships among “individuating features,” recognition and categorization. An example of a feature used in the experiment is a scratch mark on a marble as opposed to unscratched marbles. The experiment had two phases: a study phase and a test phase. One of my hypotheses was that adding a feature to more items during the test phase (which were not present during the study phase) would result in subjects identifying items with features as old less often because the feature would not be a useful cue. Our results demonstrated the opposite: subjects tended to call the new items that had a feature during test old more often when there were more items marked with features. While we did not have enough time to analyze the categorization program during the program, the recognition data showed some interesting patterns. My inspiration for taking on the project was the fact that recognizing the items that we created for the experiment is similar to recognizing, for example, a face with a scar in a line-up. I am interested in many aspects of the justice system, including wrongful convictions due to incorrect identification by witnesses. If there is only one person with a scar in the line-up and five others without a scar, and that person is not the one who committed the crime, witnesses would still be likely to call that man guilty because the scar is a useful cue since no one else has one. The results of my experiment and experiments to come have implications for many fields, including law enforcement as it pertains to police line-ups and the credibility of eyewitness testimonies.

What drew you to the study of psychology?

I have always been interested in how the mind works and how people think. There are many issues and injustices that occur during life and I believe that understanding human nature is the first step to understanding why these things happen and how to correct them.

What do you think you gained most from PRIDE?

The most valuable asset I gained during the PRIDE program was completing an independent research project. My lab was relatively hands-off for certain aspects of the experiment such as analyzing data and running subjects. They guided me in the right direction while allowing me to find answers on my own and to really understand what I was doing. I liked how I had the opportunity to at least help do most of the work throughout the entire project. I gained a lot of experience and knowledge that will be useful to me for the rest of my education and career. 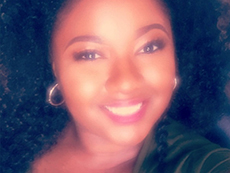 I chose to study in the field of psychology because I wanted to be able to understand people better. I wanted to know why they do the things that they do.  I also wanted to be better at communicating with others.

What did you gain most from participating?

I think that gained the most insight that I’ve ever received about graduate school. This experience gave me more direction for my path post-graduation.

After I graduate, I plan to take at least one year off from school. During this time I will really try to figure which graduate program I’d like to apply for and become well prepared for it.