While on research leave in South America, Gail Bulman, associate professor of Spanish in the College of Arts and Sciences, delved deeply into the performances of Latin American theater, its history, artists and live presentations. 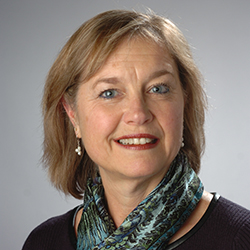 Her latest research explores how Latin American theater can not only entertain but inform and enlighten audience members about their shared culture through the performance’s interpretations of the modern world.

“This research forms the backbone of my latest book project, which examines the ways in which visual elements of contemporary performances in Latin America impact spectators emotionally and how that affective pull can shape spectators’ understanding, not only of the plays but of the societies in which they live,” says Bulman, who is now writing a manuscript for a new book.

Bulman, who is in the Department of Languages, Literatures, and Linguistics, spent two months in Argentina, Chile and Peru, exploring theater archives; uncovering and working with written and visual materials; interviewing playwrights, directors and actors; and analyzing 50 performances, including multimedia art installations, independent productions or government-sponsored classical performances.

Returning to campus in August, Bulman feels “fully enriched” by her research experience and time writing.