Share
alumniCollege of Arts and SciencesmusicNewhouse School of Public Communications

Brian Benedik’s infatuation with radio began on Aug. 2, 1983, when the now-legendary Z100 first roared out of the swamps of Secaucus, New Jersey. 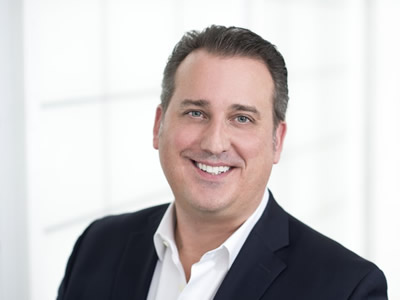 “I was in the car with my mother, and was fascinated by what I heard on the radio,” says Benedik, recalling the station’s heady mix of arena and heartland rock, new wave and post-punk. “Z100 took New York City by storm. I was immediately hooked.”

Speaking by phone from his office in Downtown Manhattan, Benedik says that, for a music-obsessed 12-year-old, living in the suburban idyll of Long Island’s North Shore, Z100 provided a glimpse into a world of gritty glamor.

He also contends that the station’s overnight success, going from dead last in its initial Arbitron ranking to atop the nation’s biggest market in less than three months, ushered in a new era in music marketing. “I didn’t know it at the time,” says the 1993 Syracuse alumnus, “but Z100 changed the way the industry broke artists and moved product.”

Today, Z100 remains a ratings juggernaut, due in part to Benedik, a former employee who has evolved into an industry tastemaker. As vice president and global head of ad sales for Spotify, the ubiquitous digital music streaming service, Benedik oversees more than 500 employees in 60 markets. A sizable staff, he says, for a company barely a decade old.

By his own admission, Benedik runs an “advertising business” at Spotify, where 50 million subscribers pay $9.99 a month to design their own ad-free playlists. The affable North Jersey resident is more concerned, however, with the 90 million other active users who enjoy the service free of charge, thanks to ad-supported content.

“My job at Spotify is to keep our free tier truly free for our user base, and that involves high-quality brands subsidizing our content in unique ways,” says Benedik, who dual-majored in English and textual studies in the College of Arts and Sciences and in television, radio and film in the Newhouse School of Public Communications. “This is a low-margin, high-volume business, as we carefully license all content and properly compensate rights-holders for their art.”

Using the “freemium” pricing model, in which basic services are free and proprietary ones come with a monthly charge, Spotify has recently embraced video and podcast streaming, suggesting the service may have more in common with Hollywood or Silicon Valley than its Swedish roots.

Benedik considers Spotify a technology company at heart. “Two things separate us from the competition,” he says. “First of all, we’re an on-demand service. I think we have struck a chord with Millennials because they enjoy building their own playlists. Secondly, half of our employees are engineers and developers. We carry the burden of innovation because our users constantly want new products and solutions.”

It was only a few years ago that music personalization became a reality. Spotify boasts hundreds of researchers in New York, Boston and Stockholm, who use machine learning and sophisticated algorithms to anticipate what listeners want. Empowering users with the ability to discover and curate musical playlists, based on their mood or the occasion, has perfectly tapped into the global zeitgeist.

Benedik, who joined Spotify in 2013, attributes his rise to the top to his liberal arts education at Syracuse. He notes the cultural similarities between both organizations—namely, scientists and engineers mixing it up with artists and humanists.

“My father used to say that the liberal arts were foundational to everything, regardless of what I specialized in,” says Benedik, who has instilled a similar mindset into his own two college-aged children. “I never forgot that, but didn’t fully understand it until I got to Syracuse. My training in literary history, criticism and theory, combined with advanced studies in audio and video, paved the way for what I do today.”

A conscientious learner, Benedik racked up thousands of hours at Syracuse’s student-run WJPZ-FM (Z89). He also interned at WSYT, the Fox-affiliated television station for Central New York, and at New York City’s WFAN (Sports Radio 66 and 101.9 FM), popularly known as “The Fan.”

Benedik spent his spare time following the on-court exploits of Billy Owens ’91, Derrick Coleman ’90 and Stevie Thompson ’90, all of whom formed a unique chapter in the history of Syracuse basketball. “They didn’t win a championship, but were an amazing crew,” he says. “I remember so many games in the Dome, which provided a special window onto the sport.”

Andrew Rosen, president of SummitMedia Hawaii, worked with Benedik at Clear Channel in the early ’00s—first in management and then on the station side at Z100. He recalls how, after a long night of entertaining clients, Benedik often crashed at his manager’s apartment. “In the bedroom, there was a file cabinet full of work-related material, and [he] would quiz Brian on it at 3:30 in the morning,” Rosen says. “That’s commitment.”

Success followed Benedik to Z100, where he was the first person to raise more than $2.5 million for the station’s annual “Jingle Ball” concert, and eventually to Spotify, which hired him to oversee North American advertising. (He moved into his current position in 2015.) “The culture Brian creates, wherever he goes, is positive and results-oriented,” Rosen continues. “Under his leadership, Spotify has become a destination for the most talented to seek employment.”

Jeff Levick, executive-in-residence at the venture capital firm Greylock Partners, lauds Benedik’s understanding of the global music industry. “Not only has Brian played a key role in its past, but he also is at the center of its future, developing ways artists and advertisers can work together to support a profitable music industry,” says Spotify’s former chief revenue officer.

According to the Recording Industry Association of America, digital music is, by far, the industry’s chief moneymaker. In 2016, streaming accounted for 47 percent of music sales, compared to permanent downloads and physical formats (e.g., CDs and vinyl), which comprised 31 and 20 percent, respectively.

Currently, the music industry is poised to record its second consecutive year of growth—something that has not happened since 1999, when Napster unveiled its peer-to-peer file sharing service, sending record labels into a downward spiral.

“There are some misconceptions within the streaming space about how services such as Spotify compensate their creators. Every year, we return billions back to the artistic community for their work,” Benedik says. “We also are interested in artist promotion.” 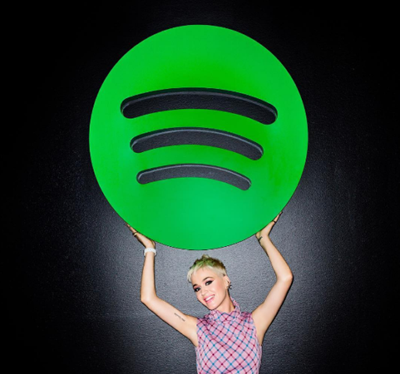 Case in point: His team recently got behind Katy Perry’s “Witness,” which dropped the same day that her so-called rival, Taylor Swift, rejoined Spotify. “Katy’s team proactively partnered with us ahead of the ‘Witness’ release date, and we co-promoted her new album in creative ways. That collaboration contributed to a big debut for her, and all parties were thrilled,” he adds.

As Spotify reels in the last few streaming outliers (Bob Seger is the latest to join the fold), Benedik is convinced that the fate of the digital revolution rests with people who think critically, communicate effectively and problem-solve creatively.

That a lot of what Benedik does involves quantitative writing, a skill he acquired as an English major, speaks to the relevance and versatility of the liberal arts.

“I do a lot of recruiting, and can always spot someone who knows how to communicate. It is the most important skill to have when entering the job market, regardless of your profession,” he concludes. “That fateful day in 1983 showed me the power of radio, but Syracuse taught me how to use it responsibly.”