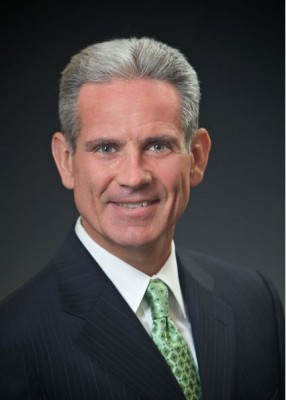 With a change at the top of White House communications, we asked Newhouse Public Relations Professor of Practice Anthony D’Angelo, who also serves as chair-elect of the Public Relations Society of America on the National Board of Directors (PRSA), for his thoughts on the departure of Sean Spicer and arrival of Anthony Scaramucci in Washington.

“Anthony Scaramucci’s appointment signals that President Trump appears to value loyalty and a certain star power over actual credentials for a communications job,” says D’Angelo. “That’s not to say Scaramucci can’t do the job as White House communications director, but his background as a hedge fund owner is obviously not the typical career path for a top-level communications position in the White House or anywhere else.”

According to D’Angelo, “Unlike Sean Spicer, a Navy public affairs officer, and predecessors in the communications director position in this and previous administrators, Scaramucci didn’t rise through the ranks as a campaign worker, journalist or public relations professional. He is, however, a notably successful self-promoter, a billionaire and book author who keeps a high profile on social media. Remind you of anyone?”

“Of course Scaramucci will be challenged in all kinds of ways in a demanding job that’s even more demanding given the current administration’s press stance and a polarized political climate. Can he maintain loyalty to the president while simultaneously earning credibility with the press? Improving media relations would require speaking the truth in more transparent fashion, and valuing and responding to opposing points of view. Or will he continue the media attack mode and fake news accusations popularized by the president, and have to persevere in a job that would basically be ‘director of counterpunching?'”

“I would advise more of the former and less of the latter, but suspect he wouldn’t follow that advice.”