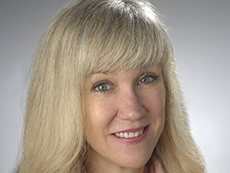 Margaret Voss is a professor of practice in Falk College’s Department of Public Health, Food Studies and Nutrition. She teaches courses in nutritional biochemistry, metabolism and nutrigenomics. She shared her thoughts about recently released research that seems to indicate that drinking more coffee can increase longevity, and why this shouldn’t send everyone running for the coffee pot.