Syracuse University Professor of Communications and Rhetorical studies Kendall Phillips has been paying close attention to Donald Trump, even before he landed in the White House.  Phillips is teaching a course this fall on Donald Trump, not so much for his political decisions, but for his iconic stature as a pop culture mainstay. 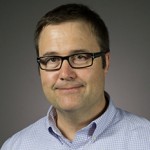 Regarding the latest twitterstorm, in which President Trump engaged former first daughter Chelsea Clinton in a heated exchange, Phillips states “Trump continues a clear rhetorical trend – when someone criticizes him politically, he responds personally. Those responses can target the person, for example calling Jeb Bush “low energy,” or their family, as with his insults towards Ted Cruz’s wife. Attacking Chelsea Clinton as a response to criticisms of his handling of the G20 Summit fits into this tendency.”

President Trump has fully embraced social media, but when it comes to his latest tweets, Phillips adds “looking at Trump’s Twitter feed reminds me a bit of the setlist for some popular musical group. There are a few new songs – Tweets about health care or touting foreign policy successes – but those are always surrounded by his greatest hits, which for Trump are attacks on his political enemies – the news media, Hillary Clinton, and President Obama. Those attacks might seem irrelevant to those opposed to the President, but these are crowd pleasers for his base.”

Finally, Phillips believes President Trump has never left campaign mode.  “He continues to hold rallies, attack former political foes, and criticize the status quo. We have not really yet seen a shift from campaign rhetoric to the rhetoric of governance.”

Professor Phillips is available for interview via email/phone/Skype/LTN studio.  Contact Syracuse University News Services at 315.443.9038 or kkobland@syr.edu or ejmbuqe@syr.edu to arrange an interview.