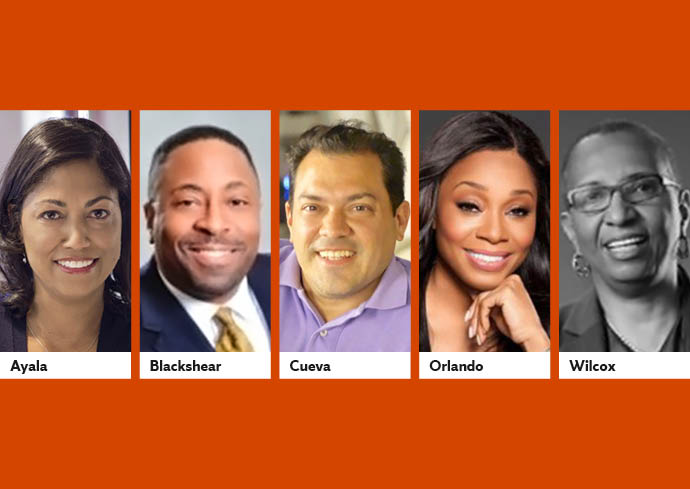 Five notable alumni will be awarded Chancellor’s Citations during the Coming Back Together (CBT) African American and Latino alumni reunion this fall. Organized by the Office of Program Development, CBT will be held Sept. 14-17.

The five citation winners will be honored Saturday, Sept. 16, at the CBT dinner gala at the Syracuse Marriott Downtown (formerly the Hotel Syracuse).

During the special presentation, the honorees will each receive a citation from Chancellor Kent Syverud and a commemorative plate created by David MacDonald, emeritus professor of studio arts.

“This event honors outstanding members of Syracuse University’s alumni community,” Chancellor Syverud says. “These five alumni are exceptional professionals who are inspiring to the next generation. They are wonderful representations of the Orange spirit and commitment to giving back.”

Awarded to African American and Latino alumni during CBT, the Chancellor’s Citation serves to recognize the significant civic or career achievements by the selected winners. Since 1983, the ceremony has been a signature event presented at the triennial Coming Back Together reunion.

“This year, our Chancellor’s Citation winners are exceptional,” says Rachel Vassel, assistant vice president, Office of Program Development. “They are not only accomplished leaders in their fields, but also generous University donors. We are grateful for their willingness to pay it forward to benefit the next generation.”

The honorees are the following: 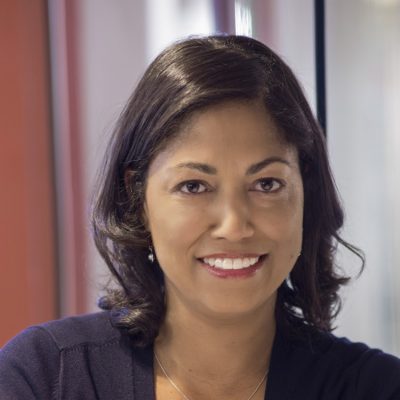 Ayala has been with GTM Architects since 2004, and leads the multifamily/mixed-use studio practice specializing in the planning and design of large urban redevelopment projects. Experienced in synthesizing complex programmatic issues, spatially and functionally, she is well known for her collaborative work style and keen ability to build consensus among various stakeholders involved in each project.

Ayala is a member of the National Organization of Minority Architects, Urban Land Institute and Montgomery County Chamber of Commerce, and is a former board member of Cultural Tourism DC. With over 25 years of experience in all phases of the design process from initial feasibility and land-use analysis through construction, her design philosophy is rooted in embracing the existing physical, historical and social context of each site.

Ayala began her career as an architectural designer at Skidmore, Owings & Merrill in Chicago, working on high-rise commercial structures. After several years working for other firms, she and two colleagues started JH Design Group. The firm’s work included the design of mixed-income replacement housing, retail and commercial projects. As a student at Syracuse, Ayala participated in Delta Sigma Theta sorority, the Student African American Society and C-STEP. She is a 1989 graduate of the School of Architecture and is a lead donor of an endowment benefiting black and Latino architecture students at Syracuse University. 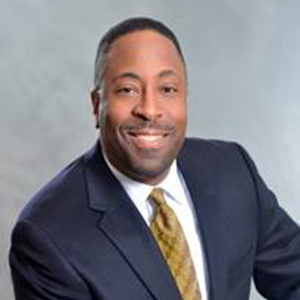 Blackshear serves as the North America chief compliance officer for Chubb Insurance Co., the world’s largest publicly traded property and casualty insurance company. Blackshear is responsible for providing leadership and management, within the Office of General Counsel, for developing and maintaining an effective compliance program in North America designed to establish compliance standards and to monitor, detect and prevent compliance deficiencies. He has over 20 years of financial service and executive experience in the areas of compliance and risk management. Prior to joining Chubb, he held various leadership roles for Marsh & McLennan Companies, and had management advisory roles for KPMG and PricewaterhouseCoopers.

Blackshear periodically lectures at universities and industry trade associations on compliance and risk management topics and serves on several advisory boards. As a Syracuse student, he participated in Omega Psi Phi Fraternity and on Syracuse University’s track and cross country teams. He and one of his fraternity brothers are spearheading the reinstatement of the Kappa Chapter-Omega Psi Phi endowed scholarship fund. Blackshear serves on the Management Department Advisory Board at the Whitman School of Management and is a 1991 graduate of the Whitman School. He is also serving this year as the Whitman School’s CBT chair. 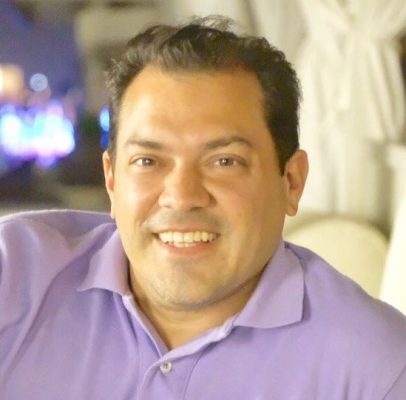 Cueva turned what started as fraternity fundraisers at Syracuse University into a successful business. Today, that business, Sammy Cueva Entertainment Inc., has morphed into one of the most recognized event planning and networking companies in New York City. Having opened several New York City restaurants and related businesses, Cueva has become a leader in the restaurant industry. His Latin Fusion restaurant, Blend on the Water, has received major acknowledgments from People Magazine and Open Table, which listed Blend as one of the top 100 restaurants in the United States. In addition to owning businesses, Cueva continues to succeed in upper management in city government.

Cueva makes it a point to give back to his community by awarding scholarships, donating turkeys during the holidays or speaking to the youth who grew up in underprivileged neighborhoods similar to the one where he was raised. As a student at Syracuse, Cueva participated in SU Abroad and was one of the founding members of Lambda Upsilon Lambda. In his senior year, he was named to Who’s Who among Students. Cueva is a 1993 graduate of the College of Arts and Sciences and the Maxwell School of Citizenship and Public Affairs, and is the donor of the National Association of Latino Fraternal Organizations plaques honoring Latino fraternities and sororities in the Orange Grove on campus and also gives to the Latino Alumni Network of Syracuse University fund. 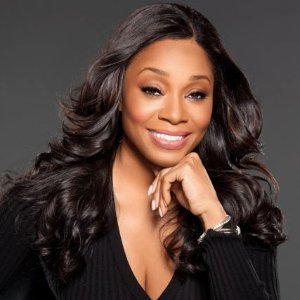 Orlando, previously the senior vice president for specials, music programming and news at BET, now serves as interim programming chief. In her current role, Orlando leads the teams responsible for “The BET Awards,” “Hip Hop Awards,” “The BET Honors,” “Celebration of Gospel” and “Black Girls Rock!” Before joining BET, Orlando, who also serves on the Advisory Board for Clark Atlanta University’s TV department as the programming committee chair, launched her own full-service production company, CMO Productions. Not long after, CMO struck a partnership with music icon and businessman Jay-Z to produce the first of its kind, direct-to-video movie soundtrack “The Streets Is Watching.”

A recipient of six NAACP awards and a 2016 Network Journal 25 Influential Black Women in Business honoree, Orlando was named a National Association for Multi-Ethnicity in Communications (NAMIC) “Top 40 Under 40” as one of cable’s top executives. As a student at Syracuse, Orlando participated in SU Abroad and Alpha Kappa Alpha sorority. She is a 1989 graduate of the Whitman School of Management. She has launched the Connie Orlando endowment for black women with television industry majors. 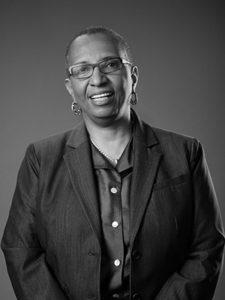 Wilcox, a partner in the New York law firm Levy Ratner, has been involved with CBT since its inception, having helped plan the first reunion in 1983 with the late Wayne Brown ’78, Walter Braswell ’71 and Alfreda Mayer ’78, under the direction of Robert Hill, the Office of Program Development’s VP at the time. She started her legal career with the National Labor Relations Board before joining Levy Ratner. Wilcox is associate general counsel of 1199SEIU, a 300,000-plus member health care union, and devotes much of her practice to representing 1199 and other unions before administrative agencies and in arbitration, collective bargaining and litigation.

Wilcox has served on numerous boards and committees, including the Peggy Browning Fund, College of Labor and Employment Lawyers, Workers Defense League, AFL-CIO Lawyers Coordinating Committee, American Arbitration Association and American Bar Association. In 2009, Wilcox was honored by the Peggy Browning Fund for her lifetime achievements on behalf of working people. She is a 1974 graduate of the College of Arts and Sciences and the School of Social Work (now part of the Falk College). She is the lead donor of the Class of ’74 Endowed Scholarship.

In addition to the dinner gala with a keynote by Dave Bing ’66, H’06, other CBT highlights include a concert featuring Grammy winner Lalah Hathaway and a few new programs, such as the CBT Celebrity Classic basketball game featuring former NJ Nets forward Derrick Coleman ’90, a 5k run and an alumni/student job fair and networking breakfast, as well as the new tailgate event ahead of the football game, where the Orange face Central Michigan University.

For a full listing of CBT events, visit http://programdevelopment.syr.edu/events/coming-back-together-2017/.