The Language of Success

Two members of the Department of Languages, Literatures and Linguistics (LLL) will hone their skills on the world stage, thanks to awards from the Fulbright U.S. Student Program.

Rick Cieri ’17 and Andrew Scheuer G’17 will travel to Spain and Argentina, respectively, to participate in the Fulbright English Teaching Assistant Programs. Both awardees will spend the 2017-18 academic year assisting local English teachers, while serving as U.S. cultural ambassadors. 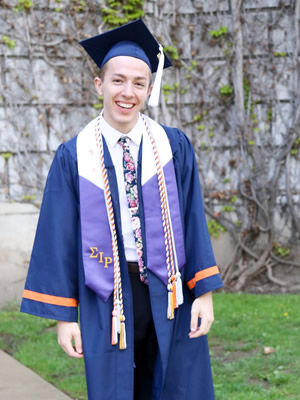 Cieri, who graduates in August, is a dual major in modern foreign language in the College of Arts and Sciences and international relations in the Maxwell School.

Scheuer graduated in May with a master’s degree in Spanish language, literature and culture.

All but one of this year’s seven Fulbright recipients from Syracuse have ties to A&S. Stefano Giannini, associate professor and chair of LLL, is proud that two of them are from his department.

“Rick and Andrew are creative, dedicated scholars, with an abiding interest in international education,” he says. “They exemplify A&S’ commitment to world-class teaching and scholarship and to the promotion of transcultural awareness within our department and the University.”

Cieri is no stranger to Spain, having spent a summer there through Syracuse University Abroad. (He also enrolled in the Syracuse Strasbourg program in France.) As a Fulbright winner, Cieri looks forward to working as an English teaching assistant at a bilingual high school in Madrid, where he also will help with the Model United Nations program.

“My Fulbright award will enable me to reach a higher level of Spanish fluency,” says Cieri, who has spent the past year in São Paulo (Brazil) on a prestigious Boren Scholarship. “My future plans include diplomacy and politics, so being fluent in Spanish will help me in the United States and abroad.”

Proficient in French, Italian, Spanish and Portuguese, Cieri is interested in human rights protection—“particularly the law around human rights on a global level,” he adds.

Since transferring to Syracuse from Hobart and William Smith Colleges, Cieri has served as a student representative on both a Fast Forward working group (devoted to curriculum internationalization) and the LGBT Concerns Committee. He also has been an SU Abroad global ambassador, an A&S Dean’s Team member and a Model UN delegate.

A recent inductee to the Phi Beta Kappa honor society, Cieri credits his professors for much of his academic success.

“Ricky embraces the University’s vision and embodies its core values by serving as an ‘engaged citizen, scholar and leader for participation in a changing global society,’” says Gail Bulman, associate professor of Spanish, quoting the University’s vision statement. “He has optimized his undergraduate education by learning as much as he can about the world and by becoming proficient in as many languages as possible.” 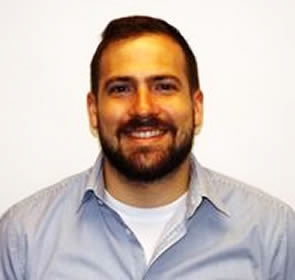 Like Cieri, Scheuer has an aptitude for learning foreign languages, notably Spanish and German. He will use his Fulbright award to work as a language-learning assistant at an English teacher training college in Argentina. Such colleges train English as a Foreign Language (EFL) teachers, and make up one of the fastest-growing sectors in Argentine higher education.

“This program gives me an opportunity to live in Argentina and experience, firsthand, what life is like there,” says Scheuer, also a professional translator. “It will enable me to build on my work experience and improve as a teacher. I hope to create some sort of correspondence between my students in Argentina and the ones back at Syracuse.”

Scheuer studies the history and culture of the Southern Cone, the southernmost part of South America, comprising Argentina, Uruguay and Chile. Proof of his scholarly mettle has been on display at two Syracuse symposia, which he helped organize.

Scheuer also is an avid lacrosse player, having formed a team in the Spanish city of Salamanca, where he taught English as an undergraduate. (Scheuer spent four months in Spain while pursuing a B.A. in Spanish from the State University of New York at Oswego.) “Today, the team is going on its fourth year in the Spanish Lacrosse Association,” says Scheuer, who looks forward to coaching in Argentina.

“Andrew excelled at Syracuse, and was a leader in the Spanish program and the LLL department,” says Bulman, adding that Scheuer used his graduate studies to “fine tune” his knowledge of Spain and the rest of Latin America. “His Fulbright award allows him to combine his academic and athletic interests.”

The Fulbright U.S. Student Program is the largest U.S. exchange program, with 1,900 grants awarded annually. The program enables students to take on international study, research and teaching opportunities as part of U.S. Sen. J. William Fulbright’s vision in 1945 for the “promotion of international good will through the exchange of students in the fields of education, culture and science.”

For more information about the Fulbright programs, contact Jolynn Parker, director of Syracuse’s Center for Fellowship and Scholarship Advising, at 315.443.2759. The campus deadline for the 2017-18 application cycle is Sept. 11.