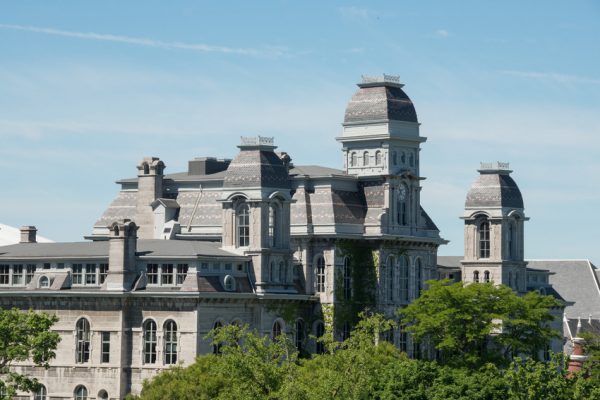 The Hall of Languages will be undergoing renovations this summer to improve classroom spaces and accessibility. Photo by Steve Sartori

The footsteps of thousands—tens of thousands—of students reverberate in the memory of its corridors and classrooms. The Hall of Languages—the oldest, most iconic building on campus—has been the site of teaching and learning, inspiring research and creative work and launching young people into their fields, for the past 144 years.

To improve its spaces and continue its storied history, the beloved building will undergo a refresher this summer and next, with technology, accessibility and interior updates to many classrooms and two lecture halls. Plans are also in the works to restore the exterior masonry and replace windows to improve energy efficiency.

The renovations are part of the ongoing work of the Campus Framework, which is making investments in academic spaces, accessibility and technology around campus in alignment with the Academic Strategic Plan. In his inaugural address, Chancellor Kent Syverud noted that enhancing undergraduate education starts with “building an unrivaled College of Arts and Sciences” and every aspect of campus life, including where they work and study and interact with each other and the faculty. 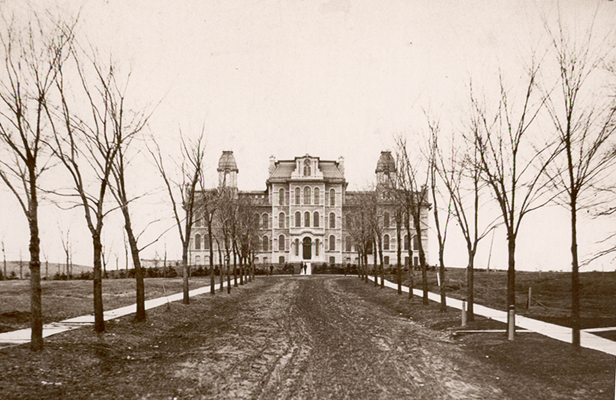 “This building is a treasured space for students, faculty, staff and alumni, and its leading presence on campus represents a core academic mission at the University. It is wonderful to see the care and preservation that is taken with our legacy of liberal arts to ensure its physical and academic strategic value for the future,” says Karin Ruhlandt, dean of the College of Arts and Sciences and Distinguished Professor of Chemistry. “These renovations will provide our students with the best, most accommodating environments for learning and faculty, with the most up-to-date technology to present their topics to explore and inspire.”

The building was made with Onondaga limestone and wood framing with interior cast-iron columns, according to University Archives. The east and west towers were original to the building; it wasn’t until 1886 that the central tower was added.

“The Hall of Languages is at the forefront of our key academic spaces and a central part of the Campus Framework. The building’s longevity is vital to the long-term goals of the framework and, in turn, the Academic Strategic Plan,” says Cathryn Newton, special advisor to the Chancellor and Provost for faculty engagement, dean emerita of the College of Arts and Sciences and professor of Earth sciences and interdisciplinary sciences.

“Student learning begins in the classroom space with faculty, and the renovations in the Hall of Languages represent our commitment to the success of our students by creating the highest-quality spaces and facilities,” says Newton, a member of the Campus Facilities Advisory Board.

The renovation work in the classrooms will begin July 1 and wrap up Aug. 15—just before students return to campus and to one of the most-visited buildings on campus. 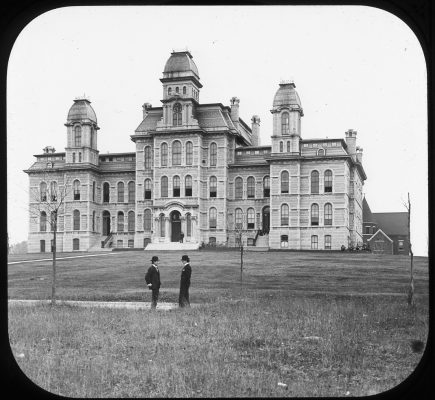 “The Hall of Languages is one of the most highly utilized classroom buildings on campus, according to our classroom utilization studies,” says Joe Alfieri, director of Campus Planning, Design and Construction (CPDC). “In terms of students served for the investment, it’s a good target.”

The renovation work will be done in two phases.

“Phase one is this summer and includes six classrooms: three on the first floor and three on the second floor of the east side of the building,” says Mark Hance, associate director for construction with CPDC. “Phase two includes six classrooms on the opposite side of the building—the west side of building, with two lecture spaces, one on the first floor and one on the second floor.” Phase two will take place during the summer of 2018.

The renovations will include new finishes, carpeting, paint, lighting and technology. “It’s going to look fresh and modern,” Alfieri says. CPDC staff are also looking at adding a single-occupant use bathroom on the first floor.

The new technology setup in the classroom was designed and will be implemented by staff members with Learning Environments and Media Production (LEMP), a department of Information Technology Services. LEMP does the consulting, design and integration for audiovisual technology in classrooms on campus and works closely with CPDC on renovation work and new construction.

Mike O’Mara, director of LEMP, explains the upgrades are part of a standard classroom technology package. In each of the six rooms in each phase, there will be a height-adjustable teaching station, which can be adjusted in terms of height and position.

“Each teaching station will have a document camera, a local computer, a Blu-ray player and a Wacom tablet—an interactive monitor that you can write on with a stylus,” O’Mara says.

The new classroom technology will include cameras in the front and back of the classroom so that the faculty member can access Skype and tape the lecture for playback. The rooms will be outfitted with a confidence monitor, which is a smaller monitor, situated at the back of the room so faculty members can view their projected images without having to look away from students.

Each room will also have an assisted listening system, which includes a receiver pack for individuals to plug in their head phones or a neck loop that will work with hearing aids.

The classrooms will have a new ceiling speaker system, which also has microphones to pick up student voices for web-based videoconferencing. 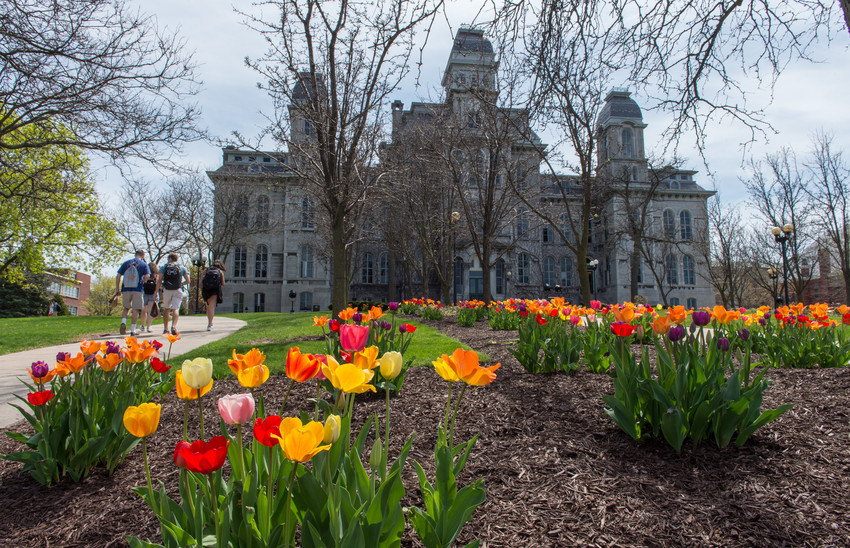 During the Hall of Languages renovation phases, the building’s masonry will be restored and windows will be replaced. Photo by Steve Sartori

For the Hall of Languages renovation, staff members with LEMP have already taken out the old technology in the classroom and will complete the technology updates in time for the new semester.

“Once all the equipment is installed, we do all the maintenance and upkeep for the technology,” O’Mara says. “And if a faculty member has an issue with the technology, we respond and provide support in the classroom.”

During phase 2 of the project, the lecture halls will be outfitted with additional options for accessible seating. Furniture in the classrooms was replaced last year. There will also be mechanical, electrical and HVAC system work done to make the classrooms more comfortable.

As part of the building’s overall energy efficiency, the building’s masonry will be restored and windows will be replaced. An extra step will be to present the selected window replacement to the Syracuse Landmark Preservation Board. The Hall of Languages was named to the National Register of Historic Places in 1973.

“We’ll research old photos of the building and demonstrate to the board that the new windows retain the character of the building,” Alfieri says. The windows are an opportunity to improve energy efficiency and maintain the historic look of the building.

The last major renovation was done in 1979—when the building was about 100 years old. The central stairway in the five-story atrium was added, along with the glass-enclosed vestibules at the rear of the building and an elevator. Workers replaced the wood floors with concrete and steel replaced the original timber columns.

As these latest improvements are made beginning this summer and classes resume, students will definitely notice the difference.

“They will find updated classrooms with more modern technology and audiovisual components,” Hance says. “The goal is to improve the overall learning experience.”