Professors in the Department of Languages, Literatures and Linguistics (LLL), based in the College of Arts and Sciences, have received awards for excellence in teaching, research and service. 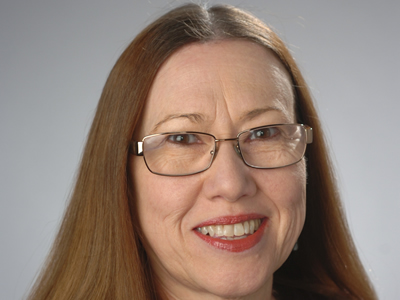 Myrna García-Calderón, associate professor of Spanish and director of the Latino-Latin American Studies Program, is the recipient of a City University of New York Dominican Studies Institute (CUNY DSI) Archives and Library Research Award, enabling her to spend part of the summer in the Dominican Archives and Dominican Library.

She recently was a reviewer for the 2017 Ford Foundation Fellowship Programs, administered by the Fellowships Office of the National Academies of Sciences, Engineering and Medicine.

Erika Haber, associate professor of Russian language, literature and culture, is the Center for Fellowship and Scholarship Advising (CFSA)’s Mentor of the Year for 2016-17. The annual Universitywide award recognizes a professor’s exemplary dedication to students and encouragement of their pursuit of nationally competitive scholarships.

Stefano Selenu, assistant teaching professor of Italian language, literature and culture, is the recipient of a faculty fellowship from Syracuse University Libraries’ Special Collections Research Center (SCRC). The fellowship enables his students to work in Syracuse’s Leopold von Ranke Manuscript Collection as part of a course he is offering next spring on Italian Renaissance literature and culture.

Matthieu H. van der Meer, assistant professor of classics, is the editor of “Glosae in regula Sancti Benedicti abbatis ad usum Smaragdi Sancti Michaelis abbatis” (Brepols Publishers, 2017). The book is a companion to the “Rule of Benedict,” an anonymous, early ninth-century text on monastic living that contains a glossary of more than a thousand terms and a collection of over 360 excerpts from related biblical and patristic texts. Van der Meer collated the manuscripts and established a critical edition, accompanied by an extensive introduction and indexes.

“We are extremely proud of these professors, whose leadership, service and scholarship exemplify our department’s mission,” says Stefano Giannini, associate professor of Italian and chair of LLL. “Their commitment to excellence helps fosters diversity and transcultural understanding campuswide.”

García-Calderón studies modern and contemporary Hispanic Caribbean and Spanish American literatures and cultures. She is particularly interested in how literary, visual and musical texts embody notions of space, place and memory. Her work also addresses race, gender, class and sexuality in a Latino/a context.

An accomplished teacher-scholar, she will spend July at CUNY DSI, studying primary and secondary source material about people of Dominican descent in the United States and other parts of the world.

CUNY DSI is the nation’s first university-based research institute devoted to research and scholarship about Dominicans and the Dominican Republic. Home to the Dominican Archives and Dominican Library, the institute organizes lectures, conferences and exhibits open to the public.

“The grant will defray costs while I’m conducting research in New York City,” says García-Calderón, who looks forward to interacting with the institute’s director, Ramona Hernández, a sociologist known for her pioneering texts on migration, labor and Dominican studies. “I am especially excited to work in the Dominican Library, whose holdings of over 5,000 volumes are among the finest and largest of their kind anywhere. In turn, the Dominican Archives houses dozens of large and small collections of archival materials, documenting the experience and contributions of Dominicans.”

The award comes on the heels of García-Calderón’s involvement with the prestigious Ford Foundation Fellowship Programs. As a Ford Foundation reviewer for the past four years, she was required to read more than 20 applications off site, along with 20 others, during the two-day screening process.

“The Ford programs aim to increase the ethnic and racial diversity of our nation’s faculties, while supporting cutting-edge, interdisciplinary research,” she says, adding that the foundation awards fellowships based solely on reviewer recommendations. “I was honored to be invited to participate.”

In January, García-Calderón will travel to Cuba to judge the 59th edition of the Casa de las Américas Prize, one of Latin America’s oldest, most prestigious literary competitions. 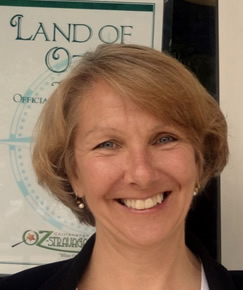 CFSA Director Jolynn Parker considers Haber a model of faculty support. “She is committed to promoting language-learning opportunities, and is a steadfast supporter of our goals and mission,” she says, citing Haber’s work as the campus faculty representative for the Boren Scholarship, as well as her promotion of the Critical Language Scholarship Program, the Fulbright U.S. Student Program and other major awards. “We are grateful for her encouragement of students to pursue nationally competitive scholarships and for her insightful guidance of their applications.”

Jade Rhoads ’18, a double major in Russian language, literature and culture in A&S and geography in the Maxwell School, says Haber helped her win a Udall Scholarship in the field of tribal policy. “She provided constant guidance and encouragement in the efforts and decisions I made, and helped me align my priorities to successfully achieve my goals,” says Rhoads, a member of the Tuscarora Nation and veteran of the U.S. Marine Corps. “She helped my acclimation to the University as a student-veteran returning from deployments in Afghanistan and Iraq, and helped me cope with the challenges of being a student-mother.”

Haber also is the program coordinator and undergraduate advisor for the Russian Language, Literature and Culture major in LLL. 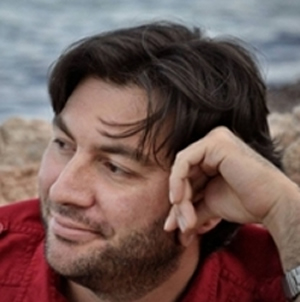 Selenu joined the A&S faculty in 2015, after holding positions at the University of Oklahoma, Cornell University and Wellesley College. His teaching interests include Italian language and culture, the poetry of Dante, Medieval and Renaissance literature and culture, and Italian theory. Similarly, his research spans the role of language and political thought in Medieval and modern Italian literature, with emphasis on the works of Dante, Boccaccio and Gramsci.

He is excited about the SCRC fellowship because of the way it gives students a “one-of-a-kind opportunity to handle, analyze and interpret” source materials from the Ranke collection, which includes hundreds of bound and unbound manuscripts dating back to the 1500s.

Ranke was a 19th-century German historian who pioneered the notion of modern “professional” history writing. In 1887, his personal and professional library of more than 20,000 books, manuscripts and personal papers was purchased for Syracuse, forming the nucleus of what is now the SCRC. Ranke’s collection includes a stockpile of Venetian ambassador reports from various European cities.

“The SCRC Faculty Fellows Program supports innovative curriculum development, and fosters new ideas about how to transform the role of special collections in the University’s curriculum,” Giannini says. “For someone such as Stefano, who works at the nexus of language, literature and politics, the SCRC is a critical resource for his interdisciplinary research.”

Winner of the Antonio Gramsci Prize in 2005, Selenu has published numerous studies on Italian literature and thought, including the 2017 book “Ideas: Reflections on Dante, Gramsci and the Common Sardinian.” 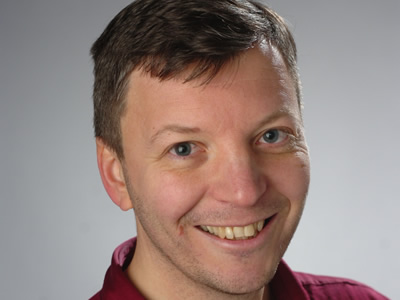 Van der Meer also is relatively new to campus, having joined the A&S faculty in 2010. The Dutch native specializes in the study of Carolingian monastic reforms and Late Medieval mystical theology. Likewise, his teaching covers considerable ground, including medieval exegesis and theology, Classical Latin language and literature, Medieval Latin and the field of paleography (i.e., the study of ancient and medieval handwriting).

A polyglot, he is fluent in English, German, Latin and Greek; is proficient in French; and has a reading knowledge of Italian.

“My scholarship centers on the question of how authors in the Carolingian Renaissance [the first of three medieval renaissances, which occurred during the ninth and 10th centuries] and in the humanist Renaissance of the 15th century appropriated and reconfigured seemingly authoritative texts into new and often subversive literature,” van der Meer says. “It was during the Carolingian period that learning and textual scholarship gave rise to comparable discussions about the relationship between Man and God and, in particular, between free will and grace.”

“The book is a unique source for analyzing how scholars contextualized and read texts chosen to guide Carolingian monastic reforms,” he continues. “The ‘Rule of Benedict’ had the curious double function of being a text to be studied and a tool for learning Latin. It testifies to the remarkable Carolingian spirit of ordering, correcting, preserving and renewing ancient wisdom.”

Van der Meer is working on a follow-up to the “Glosae” titled “Rule and Reform in the Age of Charlemagne,” designed to show how Carolingian scholars and reformers selected and reworked texts.