Share
College of Arts and SciencesDepartment of Languages Literatures and Linguistics

More than 200 presenters from six continents will converge at Syracuse University for the 22nd annual conference of the International Association for World Englishes (IAWE), June 30-July 2. 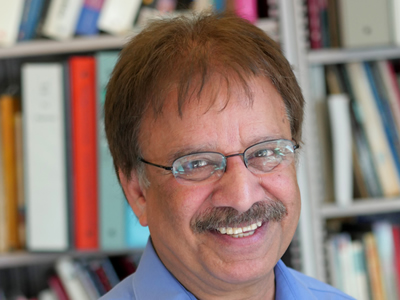 Titled “Local and Global Contexts of World Englishes,” the conference will present nearly 150 lectures on language, cognition and pedagogy. The event is open to the public, with emphasis on teachers, researchers, scholars and students.

Organizers are dedicating the conference to the memory of Braj B. Kachru, professor of linguistics, Jubilee Professor of Liberal Arts and Sciences and Center for Advanced Study Professor at the University of Illinois at Urbana-Champaign. Kachru helped found the IAWE in 1992, and coined the term “World Englishes” to refer to emerging localized or indigenized varieties of English. He is the subject of a memorial event on Friday, June 30, from 9:45-10:30 a.m., and a symposium the following day, from 1-5:15 p.m. Both events take place in Grant Auditorium.

For more information about the conference, including registration, contact Tej Bhatia, professor of linguistics and Hindi in the College of Arts and Sciences, at 315.443.5374 or tkbhatia@syr.edu, or visit iawe.syr.edu.

“Syracuse is honored to host this prestigious conference, whose focus is on English, in particular, and on human communication, in general,” says Bhatia, chair of the event’s local organizing committee as well as the IAWE’s vice president and president-elect. “We will examine World Englishes in various contexts and connections, including notions of identity and emotion, other languages and the ‘spaces’ between languages. By viewing these linkages from diverse cultural and sociolinguistic perspectives, we can better appreciate the panoply of approaches to World Englishes.”

Bhatia, who helped organize the last IAWE conference at Syracuse in 2004, says this one will be broader and more interdisciplinary in scope. Sub-themes will include information studies, computer and electrical engineering, linguistics, cognitive science, international business, composition and rhetoric, global affairs, policy studies and communications. 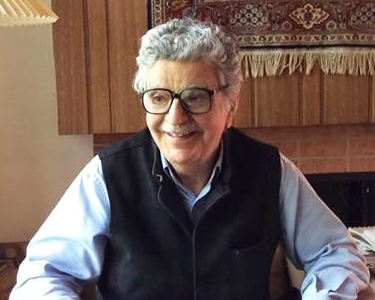 Margaret Himley, associate provost of international education and engagement, views the conference as an opportunity for the University to expand its global footprint. “We are excited about all the distinguished scholars coming to campus to address the many aspects of ‘Englishes,’ as they are innovated across the globe, as a medium of communication and commerce,” says Himley, also a professor of writing and rhetoric in A&S. “This is a big part of the future of our students, as global professionals.”

This year’s lineup features luminaries in the modern field of linguistics. The three plenary speakers—Salikoko Mufwene, Shikaripur Sridhar and Patricia Friedrich—are bona fide stars in their respective disciplines. Mufwene is a biolinguist at the University of Chicago, studying language evolution and grammaticization as they pertain to the development of “Atlantic creoles.” Sridhar, a linguistic scientist at Stony Brook University, works at the intersection of bilingualism, sociolinguistics, second-language acquisition and World Englishes (particularly the structure and functions of Indian English and other nonnative varieties of English). Friedrich is a sociolinguist at Arizona State University, specializing in critical applied linguistics, critical theory, cross-cultural communication and the social construction of mental illness.

The conference’s two Distinguished Guest Speakers are Illinois professors. One of them is Chin-Woo Kim, a professor emeritus and an internationally renowned phonetician, with a rich background in Korean language and linguistics. 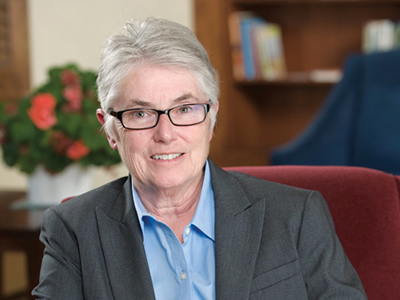 The other is Lav Varshney, a Syracuse-born engineer who analyzes informational systems in humans and machines, and, earlier this month, was a presenter at the tenth annual World Science Festival in New York City. He holds multiple appointments at Illinois, including ones in the Department of Electrical and Computer Engineering, the Beckman Institute for Advanced Science and Technology and the Neuroscience Program. Varshney will deliver the conference banquet speech on Saturday, July 1, from 7-9:30 p.m. in the Comstock Ballroom of the Sheraton Syracuse University Hotel & Conference Center (801 University Ave., Syracuse).

The five Focus Lecturers are accomplished teacher-scholars. Ng Bee Chin is a researcher at Nanyang Technological University in Singapore, where she works on child language acquisition and semantics. Mary Jane Curry is an education professor at the University of Rochester, specializing in academic writing and publishing, second-language learning and writing, and ethnography. Peter de Costa is a linguist at Michigan State University, studying the role of identity and ideology in second language acquisition. Sisters Anita and Anjali Pandey, Maryland-based linguists at Morgan State University and Salisbury University, respectively, are both leaders in early childhood education, second language and literacy enhancement, and intercultural communication.

“The plenaries, focus lecturers and other speakers admirably realize the aims of the IAWE,” says Bhatia, whose expertise spans bilingualism, multiculturalism, advertising discourse, socio- and pyscho-linguistics and the structure and typology of English and South Asian languages. “All these presentations, combined with those from our breakout sessions, will illuminate our understanding of English, both as an international and intranational language.” 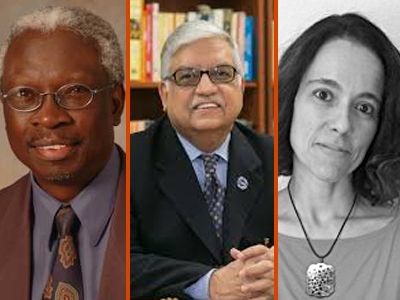 Bhatia thinks Syracuse is uniquely poised to host such a “globally focused event,” because of its ongoing commitment to diversity and inclusion. Studies show that international enrollment at Syracuse has risen more than 140 percent in the past decade, with international students comprising almost one-fifth of the student body.

“Syracuse has a diverse and vibrant community of students and faculty, but, like other institutions, we are not exempt from the challenges and issues facing World Englishes,” Bhatia says. “[The IAWE] is concerned with appropriateness, intelligibility, comprehensibility and interpretability.”

“After they graduate and return home, international students are more likely to use the English they have learned to communicate with fellow nonnative speakers,” she says. “Our conference explores various teaching models, standards and materials that they need to be successful.”

While the concept of World Englishes originated in the early 1960s, it was not until 1978 that professionals began addressing the formal and functional implications of English at two independently organized international conferences.

From both conferences and subsequent others evolved the IAWE, of which Kachru served as president from 1997-99. He died last year at the age of 84. 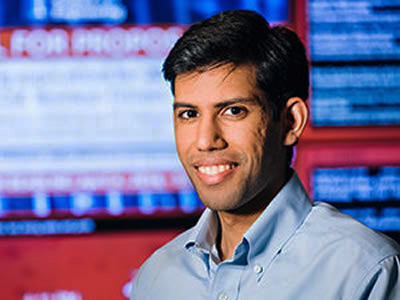 “[Kachru] recognized the many cultural, linguistic and ideological differences among speakers of English,” Bhatia says. “One of his greatest contributions was the ‘Three-Circle Model,’ which categorized English speakers based on their identity.

Scholars generally attribute English’s popularity to British colonialism, the Industrial Revolution and the rise of the U.S. and European education systems. Westernization and modernization, particularly since the 1900s, have all but solidified English’s place on the global stage.

Bhatia is part of a growing number of researchers intent on understanding how English’s various properties, such as phonetics, phonology, morphology and syntax, have an affect on business, government and academia.

“The spirit of Braj Kachru permeates everything we do in the IAWE,” Bhatia adds. “We seek to challenge the orthodoxies of the English establishment on both sides of the Atlantic. The result is a pluralistic, socially realistic view of the English-using world.”

“Local and Global Contexts of World Englishes” is co-sponsored by the Office of Chancellor; the Office of the Vice Chancellor and Provost; A&S; the Office of Research and the Graduate School; the S.I. Newhouse School of Public Communications; the Newhouse Center for Global Engagement; the IAWE; the Olivia and Walter Kiebach Center for International Business Studies (Whitman School of Management); the Daniel Patrick Moynihan Institute of Global Affairs (Maxwell School of Citizenship and Public Affairs); the Center for Advanced Systems and Engineering; the Department of Languages, Literatures and Linguistics (A&S); the Central New York Humanities Corridor; the Syracuse University Humanities Center (A&S); the Asian/Asian American Studies program (A&S); the Department of Writing Studies, Rhetoric and Composition (A&S); the Latino/Latin American Studies program (A&S); the Department of Communication and Rhetorical Studies (College of Visual and Performing Arts); the Office of Multicultural Affairs; the Department of Psychology (A&S); Syracuse Abroad; the Associate Provost for International Education and Engagement; the South Asia Center (Maxwell School); and the Linguistic Studies Program in LLL (A&S).