“This award is representative of the creative and prolific talent of the students,” Robinson says. “OTN is blessed to represent such a dedicated group of storytellers.”

Launched in 2005, the Orange Television Network is a student-oriented television network that can be viewed on campus on channel 14.1 on the Spectrum cable system and everywhere via the OTN website. Robinson oversees all OTN operations, while his student managers supervise a staff of more than 25 students in production, promotion and programming. 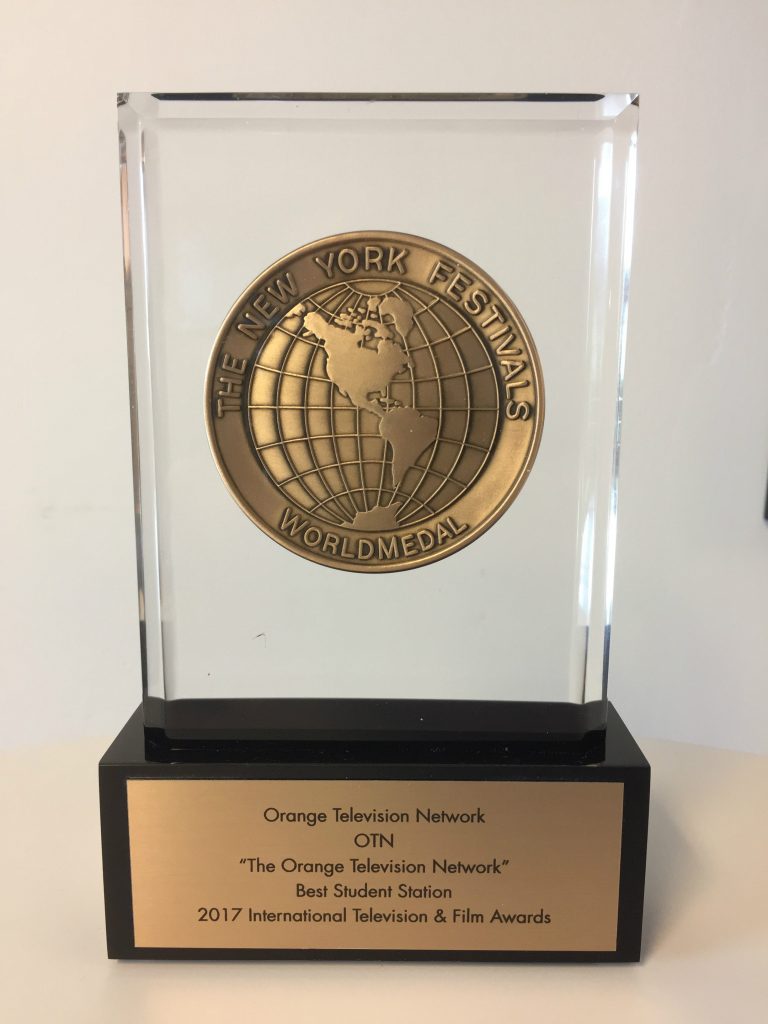 Former Syracuse students who have been involved with OTN have gone on to careers with NBC News, Discovery, National Geographic Channel, Nickelodeon and Sirius XM Radio, as well as many Hollywood and New York City television production and programming entities.