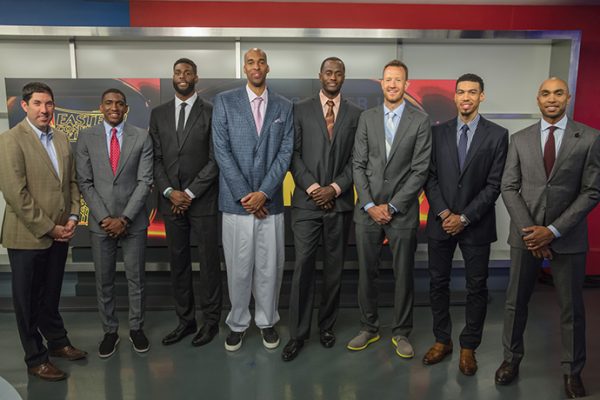 The Newhouse School was the site of the 10th annual Sportscaster U. June 2-5, when seven current and former NBA players came to campus to train for careers in sports broadcasting.

Sportscaster U., hosted by the National Basketball Players Association (NBPA) in partnership with Syracuse University, brings potential sportscasters to Newhouse for four days of hands-on training. “Voice of the Orange” Matt Park, an adjunct at the Newhouse School, runs the program, which is offered through the school’s Executive Education operation. 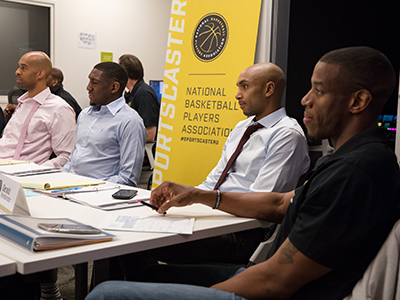 Attendees at Sportscaster U. listen to a lecture.

Since its inception in 2008, Sportscaster U. has trained some 60 NBA players. Read the NBPA article “On Court to On Air” for more in-depth information about the program.