Recognizing his long-standing advocacy and commitment to the work of Vera House, Barry L. Wells, special assistant to Chancellor Kent Syverud, will be presented the 2017 Sister Mary Vera Award at Vera House’s annual summer luncheon. The Sister Mary Vera Award recognizes an individual who enriches the lives of all people, makes significant contributions to those affected by domestic and sexual violence and performs this work with the humility, gentleness and humanitarian spirit reflected by Sister Mary Vera. 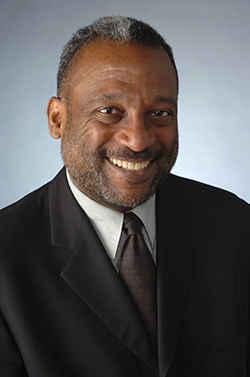 “I am absolutely thrilled that our board of directors unanimously chose Barry Wells as the recipient of this year’s Sister Mary Vera Award.  I believe that Barry truly embodies the spirit of Sister Mary Vera, through his passionate support of our mission, his tenacious pursuit of justice and his refusal to let obstacles sway him from his vision,” says Vera House Executive Director Randi Bregman.

While Wells’ involvement with Vera House spans nearly 15 years, his efforts to combat sexual and relationship violence began in 1990 as an assistant dean in the College of Arts and Sciences, when he served as the college’s liaison to the former University R.A.P.E. Center. This work evolved into years of service on committees and task forces that have advanced the University’s efforts in sexual and relationship violence prevention, adjudication and policies. He brought this same commitment to his then-role as senior vice president and dean of Student Affairs, promoting sexual and relationship violence prevention and education efforts and raising awareness of the ways in which domestic and sexual violence impact individuals and communities. His work today continues today as a member of the Chancellor’s Task Force on Sexual and Relationship Violence and a steadfast advocate for creating a world free from violence.

“I am grateful for Barry’s continued leadership in sexual and relationship violence prevention and advocacy on this campus and throughout the community,” says Chancellor Syverud. “This well-deserved honor recognizes his dedicated efforts for nearly three decades as an opponent of sexual and relationship violence and an unwavering supporter of the Vera House mission.”

“To receive this award from Vera House, an organization I admire and appreciate so much, makes me grateful,” says Wells. “More importantly, it energizes me to do more to combat sexual and relationship violence in our community.”

Following his decades of involvement in this important work, Wells was eager to bring his commitment, experience and advocacy to Vera House in a leadership capacity in 2003. He served on the Vera House Foundation Board of Trustees for five years, led the White Ribbon Campaign as honorary chair in 2005 and, along with wife Claudette P. McGowan-Wells, served as Home for the Holidays Gala Honorary Chairs in 2006. Under his leadership, not only did fundraising increase, but he also prompted important dialogue across the community. His call to action then and now remains the same: “end the silence about domestic violence.”

Among many honors, he is the recipient of a YWCA Academy of Diversity Achievers Award, a Citizen of the Year Award from Temple Adath Yesharun, a Distinguished Community Service Award from the Department of African American Studies and a Syracuse University Chancellor’s Citation for Distinguished Service. In honor of his outstanding contributions to the institution and its students, Syracuse University named the WellsLink Leadership Program after him.

He currently serves on the board of the Eat To Live Food Cooperative and has served on numerous community boards, including the Dunbar Association, the Salvation Army, the Community Folk Art Center, Syracuse Stage and the Central New York Community Foundation.

Along with the Sister Mary Vera Recognition Award, Vera House will present the Vera House Special Appreciation Awards and the Annette Briggs Memorial Award. Gina Pauline, associate professor and undergraduate director of sport management in Falk College, will receive one of the Special Appreciation Awards for her leadership in the creation of the charity golf tournament with the sport venue and event management graduate program. The inaugural tournament held in 2016, which benefited Vera House, resulted in a $15,000 donation. Final tallies are in progress for the 2017 tournament to benefit Vera House, which was held on May 8.

The Annual Recognition and Celebration Luncheon is June 13. For more information, visit the Vera House website.