‘Koaville’ Wins Popular Vote for On My Own Time Exhibition

In 1965, Johnny Yinger spent a summer in Hawaii and brought home a piece of Koa wood, a relatively rare tropical wood. He kept it in various basements over the decades, waiting for inspiration to strike. Then, thanks to an annual birdhouse auction for a local nonprofit, he started thinking about birdhouses. 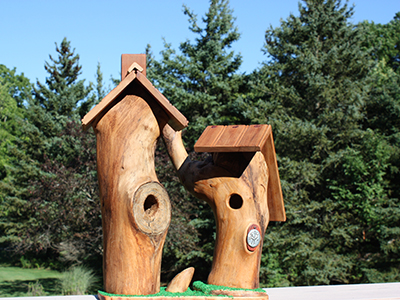 Yinger carefully added whimsical touches to each, including a skylight and a chimney. He made roofs from cherry bead board and small pieces of several other types of wood, including redwood and oak.

All this attention to detail paid off for that simple piece of Koa wood from more than 50 years ago when Yinger’s creation, “Koaville,” won the popular vote for the 2017 On My Own Time exhibition out of more than 75 pieces of art.

Yinger says he will eventually donate his award-winning birdhouse to the CNY Fair Housing bird house auction. “But I think I will enjoy it at home for a couple more years,” he says. 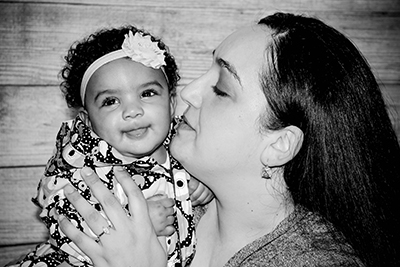 Amanda Barbuto’s photograph, “Nakuaqqun,” capturing the love a mother feels for her baby

When Amanda Barbuto started taking photographs last year she didn’t intend to display her work in public, but felt the On My Own Time exhibition was a good way to put her work “out there” for others to see.

“I wanted to capture the love a mother feels when she looks at her baby. It reminds me that anything is possible, “says Barbuto, a senior compensation specialist. “To some it is just a photograph, but there is so much more meaning behind it. I’m glad I shared my photography and I’d definitely do it again.”

This year, the On My Own Time exhibition featured artwork from nearly 40 faculty and staff members ranging from paintings, ceramics, drawings, sculptures, photography, collage/assemblage, fiber art, glasswork, computer art, metalwork and mixed media. Members of the University community voted from April 28-May 17 for a favorite piece of art and a panel of professional artists assembled by CNY Arts served as judges for the works to be featured at the Everson Museum. 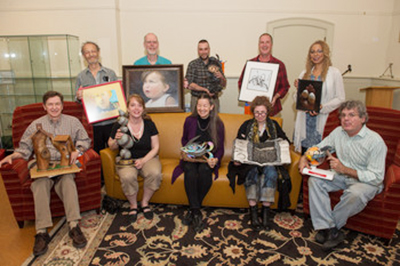 The On My Own Time winners

The selected artwork that will be featured in a public exhibition at the Everson Museum this fall includes:

Peter Irvine–“For They Shall See”

Artwork that will be included in the CNY Arts Catalog: Joseph Stoll, “Spring Break”; and Julie Hall, “Balancing Bird II”

In April 2018, the On My Own Time exhibition will commemorate 45 years of celebrating the arts in the Syracuse community and continuing to recognize the artistic works of faculty and staff.