Mark Monmonier’s newest book, “Patents and Cartographic Inventions: A New Perspective for Map History,” examines how developments in the U.S. patent system in the 19th and early 20th centuries have shaped innovations of map use. Monmonier reveals that devices and techniques introduced during this time period have been largely ignored by map historians. 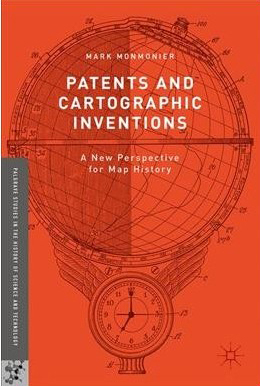 Monmonier is Distinguished Professor of Geography in the Maxwell School. He has written extensively on the use of maps for surveillance and as analytical and persuasive tools in environmental science, journalism, politics and public administration. He teaches classes on map design, environmental cartography and graduate-level research design.

Monmonier’s inspiration for the book stemmed in part from his experience editing “Cartography in the Twentieth Century,” a million-word encyclopedia published as Volume Six of the “History of Cartography.” His subsequent research for “Patents and Cartographic Inventions” was partially funded by a grant from the National Science Foundation. The book has been published by Palgrave Macmillan in the series Palgrave Studies in the History of Science and Technology.

Through his research, Monmonier draws parallels between securing a patent and achieving publication in an academic journal. Though both processes demand rigorous evaluation, Monmonier observes a lack of crossover between these two “parallel literatures.” He notes that the academic community tends to display little interest in the patent process, which he sees as a “philosophical divide between inventors seeking an intellectual property right and researchers seeking improved understanding of how maps work, as well as recognition from fellow scholars.” By introducing the patent system perspective into the academic literature, Monmonier begins to bridge the gap between the two sectors.

“Patents and Cartographic Inventions” focuses on techniques intended to promote the efficient use of maps and geographic information, techniques such as folding conventions, electric mall maps and the mechanical precursors to GPS navigation systems. In doing so, Monmonier illuminates the clever, but occasionally quirky, contributions of patent-seekers to modern cartography.

Monmonier offers his readers an understanding of the role of the U.S. patent system in advancing cartography, including the roles of patent examiners as editors and patent attorneys as ghost writers. He encourages academics to further consider patentees’ contributions, noting that their pursuit of recognition by the U.S. Patent and Trademark Office “addresses a shared need for achievement that motivates inventors and scholars alike.”