Syracuse University has announced the election of four new members to the University’s Board of Trustees: Tracy M. Barash ’89, who will become the president of the Syracuse University Alumni Association Board in July 2017 and will serve a two-year term on the Board, and Andrew T. Berlin ’83, Shelly Lotman Fisher ’80 and Ronald P. O’Hanley ’80.

“We are pleased that these four new members will be joining us to help steward this great university,” says Steven W. Barnes ’82, chairman of the University’s Board of Trustees. “As alumni, they know this campus well and what it means to so many people. Their experiences and insights will be a valuable asset as we move forward. I say ‘thank you’ to them for their continuing commitment to serve Syracuse University.”

Chancellor Kent Syverud says, “Tracy, Andrew, Shelly and Ronald are deeply dedicated to this university. I know they will be great assets to the Board. And I look forward to working with them to further advance our mission and goals.” 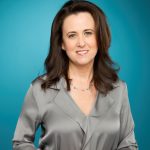 Previously at Warner Bros. Consumer Products, Barash was director of global themed entertainment. She was a key member of the team that launched “The Wizarding World of Harry Potter” at Universal Orlando and “Harry Potter: The Exhibition,” a global museum tour.

Barash is a member of Syracuse University’s Atlanta Regional Council. She is also a student mentor for the Whitman School and has volunteered as an alumni representative for the Office of Admissions. Barash joined the Syracuse University Alumni Association Board in 2010 and has served as awards committee chair, philanthropy committee chair, nominating committee chair and vice president. Most notably, she worked closely with the board’s clubs committee on the successful “I’m In” fundraising campaign for Syracuse Athletics. She earned a bachelor’s degree in marketing management at the Whitman School and an M.B.A. at the Goizueta Business School at Emory University. 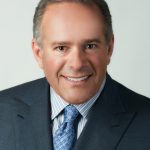 Berlin is chairman and CEO of Berlin Packaging, the leading global supplier of glass, plastic, and metal containers and closures. He is also a partner owner of the World Champion Chicago Cubs and chairman and owner of the South Bend Cubs, a Minor League Baseball affiliate of the Chicago Cubs.

Berlin graduated with a political science degree from the College of Arts and Sciences and the Maxwell School. He earned a law degree at Loyola University of Chicago, where he served as managing editor of the Law Review; attended the Executive Program at the Graduate School of Business at Stanford University; and studied military history at Boston University. He currently serves on the board of the American Cancer Society, Image Skincare, and Elkay Manufacturing. He also sits on the Public Safety Commission for the Village of Glencoe, Illinois, and is a member of the Broward County (Florida) Sheriff’s Advisory Council.

Berlin lives in Glencoe, Illinois, with his wife, Courtney, and their two sons, Gavin and Cole. He also has three daughters:  Alexandra, Caroline and Katherine. 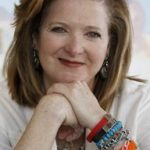 Fisher, an entrepreneur with more than 30 years of business experience, is the CEO of Hope Paige, a national medical I.D. jewelry company headquartered in West Conshohocken, Pennsylvania. Fisher is also the founder/CEO of 4ID, a nighttime visibility product manufacturer. She has co-authored a book, “Breaking Sad,” due to be released in November 2017. Fisher earned a bachelor’s degree at the Newhouse School. She also holds a M.Ed. degree in adult education from the University of North Carolina at Chapel Hill.

Fisher is president of the Macula Vision Research Foundation, a nonprofit organization devoted to funding research to cure macular degeneration, and is the founder of I Help Educate and The Herb it Forward Foundation, both of which support underserved students looking to make a difference in the United States.

Fisher and her husband, Dr. Scot Fisher, live in Villanova, Pennsylvania, and are the parents of three children: Julia, Joey and Sam Fisher ’13 (Newhouse). 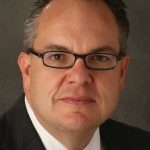 O’Hanley is president and CEO of State Street Global Advisors, the third-largest investment management firm in the world, and vice chairman of State Street Corp., Boston. From 2010-14, he was president of Asset Management and Corporate Services for Fidelity Investments. He served as president and CEO, BNY Mellon Asset Management, Boston, and vice chairman, Bank of New York Mellon Corp. from 1997-2010. He was with McKinsey & Co. from 1986-97 and was elected partner in 1992.

O’Hanley is a member of the board of Unum Corp. and is a visiting professor at the University of Edinburgh School of Management. He also serves on the boards of The Boston Foundation, Beth Israel Deaconess Medical Center, the East-West Institute, the Committee for Economic Development and the IYRS School of Technology and Trades.

O’Hanley received a bachelor’s degree in political science from the College of Arts and Sciences and the Maxwell School and an M.B.A. from Harvard Business School.

For Syracuse University, O’Hanley has been a member of the Maxwell School Advisory Board since 2004 and is currently the chair. He established the O’Hanley Family Endowed Fund for Faculty Excellence at Maxwell and the Robertson-O’Hanley Fellowship for graduate students.