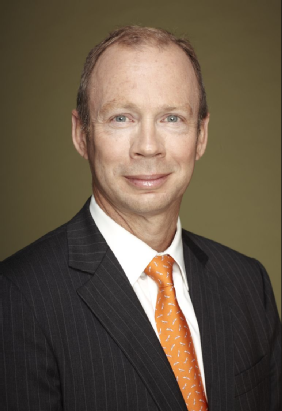 A results-driven, accomplished business education leader with a record of innovating new programs, increasing graduate student enrollment and building a diversely talented team of faculty will join Syracuse University as the new dean of the Martin J. Whitman School of Management. Eugene “Gene” Anderson, the Schein Family Chair in Business and professor of marketing at the University of Miami School of Business Administration, will assume his new role on July 1. The Board of Trustees recently approved his appointment.

“Gene’s appointment represents the beginning of the next chapter in the life of the Whitman School,” says Michele G. Wheatly, vice chancellor and provost. “His vast achievements as an administrator; his ability to attract, recruit and retain high-achieving students and faculty and his innovative approach to assessing the marketplace to create new academic programs that align with economic trends are just a few of the many reasons he is the ideal individual for this role. I look forward to collaborating with him and am eager to see the great things he and the Whitman School faculty will accomplish in the years ahead.”

Anderson’s appointment follows a meticulous search process that began last fall. Chaired by J. Michael Haynie, vice chancellor for strategic initiatives and innovation and the Barnes Professor of Entrepreneurship, the search committee consisted of students, faculty, staff and alumni. Wheatly says she couldn’t be more pleased with the committee’s efforts and the outcome of the search.

“A lot of time, energy and due diligence went into this search, and I am thankful to the many campus community members and alumni who participated in the process,” says Wheatly.

Anderson, who recently concluded a five-year stint as dean of the University of Miami School of Business Administration, says he was attracted to the Whitman School dean position because of the school’s impressive growth trajectory and the many opportunities for further success.

“The Whitman School is known for its extraordinary track record of success and innovation in management education and research,” Anderson says. “I look forward to working with its accomplished faculty, and diversely talented staff and students, to continue and build on its remarkable momentum. I am grateful to Provost Wheatly, Vice Chancellor Haynie and members of the search committee for entrusting me with this important position.”

Anderson served as dean of the University of Miami School of Business Administration from 2011 through 2016. During that time, he oversaw stunning progress, most notably improving the school’s MBA program ranking in BusinessWeek from 72 to 47. Anderson is also credited with creating a more diverse cohort of students—increasing enrollment among students from underrepresented populations from 15 to 33 percent and increasing female MBA enrollment by 16 percent. He also expanded full-time, tenure or tenure-track faculty from 83 to 96; increased graduate student enrollment from 475 to 900; grew annual revenue from $42 million in FY12 to $59 million in FY16; and raised $30 million toward an eight-year campaign goal of $50 million in four years. Anderson also initiated new degree programs in analytics, finance, leadership and international business; expanded international and domestic experiential learning opportunities; and launched the Miami Executive MBA for Artists and Athletes.

“Gene is a true innovator who understands the critical importance of applying an entrepreneurial philosophy to business education,” says Haynie. “As the global economy continues to evolve based on emerging trends, it is important that the Whitman School has someone of his caliber at the helm to navigate a constantly shifting higher education landscape.”

Prior to joining the University of Miami, Anderson spent more than two decades at the University of Michigan’s Ross School of Business. During his time there, he served in many important leadership roles, including as the senior associate dean for academic affairs, the associate dean for degree programs and academic director for the Executive MBA Program. He joined the Ross School of Business faculty in 1989; in 2007, he was named the D. Maynard Phelps Professor of Business. Anderson’s areas of expertise include marketing and business performance, customer satisfaction and customer analytics.