An in-depth report on voting rights and regulations by the Carnegie-Knight News21 Initiative, produced by students from the Newhouse School at Syracuse University and 17 other universities, has received a top national award for student investigations.

Investigative Reporters & Editors has named the Carnegie-Knight News21 “Voting Wars” project the recipient of the IRE Award for Student Reporting in the large university category. Headquartered at Arizona State University’s Walter Cronkite School of Journalism and Mass Communication, News21 is a multimedia reporting initiative established by the Carnegie Corp. of New York and the John S. and James L. Knight Foundation. 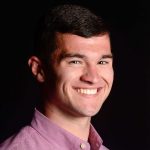 Alex Amico and Roman Knertser, students at the Newhouse School, were among the News21 fellows. Altogether, 31 students from 18 universities traveled to 31 states and interviewed hundreds of people for the “Voting Wars” project. The IRE judges said the News21 students “matched or outpaced professional publications to show erosions in voter rights and scant evidence of voter fraud in states that had changed their voting requirements since 2012.”

The News21 investigation follows up and expands on a 2012 project on voting rights, “Who Can Vote?,” which won numerous awards, including the First Amendment Award from the Society of Professional Journalists and a National Media Award from the National Association of Black Journalists. The project included the most exhaustive study done to date on American election fraud, discovering only 10 cases of in-person voter fraud between 2000 and 2012. 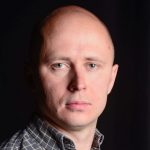 “The IRE Award is a testament to what … students across the country can achieve,” says Carnegie-Knight News21 Executive Editor Jacquee Petchel, who is a member of IRE. “It also shows the people who support us, like the Knight Foundation, that their generosity is being used to create a new generation of journalists who care about social issues.”

Petchel oversaw the investigative project with Leonard Downie Jr., former executive editor of The Washington Post and the Cronkite School’s Weil Family Professor of Journalism. Since its release, portions of the “Voting Wars” investigation have been featured in more than 80 media outlets, including NBC News, USA Today and The Washington Post. In all, portions of the investigation have been published more than 180 times by media outlets.

“This is a wonderful recognition for the professional-level work the News21 national student reporting team did investigating the nationwide struggle over voting rights and participation leading up to the 2016 national elections,” says Downie, who is an IRE co-founder. “Their original stories and multimedia reached a large audience through dozens of news media publishing partners throughout the country, in addition to the project’s own destination website.”