McCartney at the Carrier Dome: Latest Tale in Rich Beatles Heritage in Syracuse

Ed Riley swings open the door to suite 830 at the Marriott Syracuse Downtown, known for decades as the Hotel Syracuse. The rooms inside still contain much of the detail from the 1924 opening of the hotel, restored by Riley’s development team at a cost of roughly $70 million. 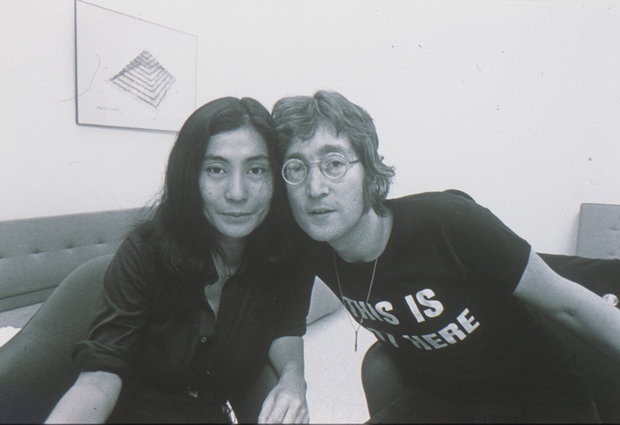 Even in a building with staggering history, suite 830 has particular meaning: It is the physical centerpiece of an extraordinary bond between Syracuse and The Beatles.

“Two of them stayed here, in the hotel,” says Riley ’78 of the legendary British rock band that dissolved in 1970. “A third might. And the fourth, we can’t do anything about.”

Paul McCartney is coming to Syracuse University. He will perform on Sept. 23 at the Carrier Dome, the first time one of the Beatles has performed on campus.

Still, based on at least one account, it is not the first time McCartney thought about bringing his music to Syracuse. In the early 1970s, May Pang was a romantic partner of John Lennon, the other half of the immortal Lennon-McCartney Beatles songwriting duo. In 2010, Pang told The Syracuse Post-Standard how McCartney paid a 1974 visit to Lennon, in California. They tried to heal a friendship that had been torn apart.

They also dreamed out loud about getting together to again write some songs, Pang recalled. The location they discussed?

“We wanted it to be close to New York City, but not in the heart of it, where it would be a bit too crazy,” Pang wrote. “John did enjoy his time there (in Syracuse) in 1971, so he just thought that if this were to happen, Syracuse might just be the spot.”

That reunion became impossible in 1980, when Lennon was shot to death in New York City.

It is far too early for Riley to predict if McCartney will stay at the hotel. If he does, Riley will put him in what is called “the presidential suite” on the 11th floor, a suite featuring a restored Steinway piano that Riley says may be original to the building.

Yet McCartney will certainly hear the tale of what happened in suite 830. It is where Lennon and his wife, Yoko Ono, stayed during the 1971 opening of Ono’s show, “This is not here,” at the nearby Everson Museum of Art. It is where Beatles historians say the couple wrote a song, “Attica State,” lamenting the bloodshed during an uprising that year at Attica State Prison. 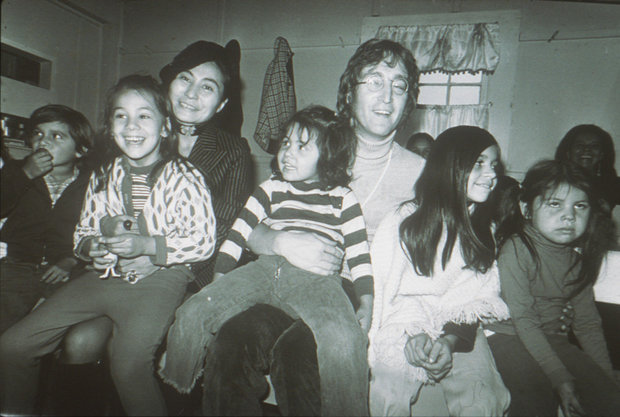 It is also where Lennon celebrated his 31st birthday on Oct. 9, 1971, with a party that included Ono, Starr, legendary beat poet Allen Ginsberg, rock producer Phil Spector (now serving time for murder in California), such distinguished musicians as Nicky Hopkins and Jim Keltner, activist Abbie Hoffman and many others.

At the time, Lennon and Ono made their presence known throughout the community. One day—accompanied by longtime friend Klaus Voormann, an artist, musician and Beatles confidant—they went swimming at the quiet Syracuse home of Alex and Charlotte “Chuckie” Holstein. Alex was president of the Everson’s board of directors, while Chuckie is a longtime civic advocate in Syracuse.

She recalls how her father, Morris Garelick, a Russian immigrant well into his 80s, was also at their home. Ono, lacking a bathing suit, offered to swim in the nude. “I told her, ‘Not in front of my father,’” recalls Chuckie, who managed to come up with a swimsuit.

By the end of the day, Chuckie says, Ono and her father were deep in conversation, comparing their experiences as American immigrants. “After they left,” Chuckie says of Garelick, “he asked me: ‘Who was that nice lady and nice man?’”

Ono and Lennon also struck up a longtime friendship with Oren Lyons, a ’57 graduate and a faithkeeper at the Onondaga Nation. The couple met at Onondaga with Lyons and other native leaders, who were engaged in protests at the time against state plans to expand Interstate 81 on their territory. 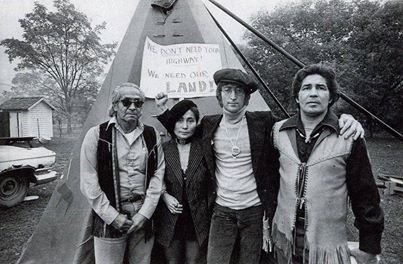 There were even reports that executives with Apple Records dreamed of holding an impromptu reunion of The Beatles on Lennon’s birthday in Syracuse, a story confirmed by such authorities as Jim Harithas, who at the time was executive director of the Everson. It didn’t happen. Neither McCartney nor Harrison, the other member of the band, made it to Syracuse.

Even so, McCartney’s music got an airing at the time in suite 830. Lennon, Ono and their friends held an impromptu singalong during the birthday party, in which Starr used some overturned trash baskets for percussion. They sang many songs, including “Attica State” and the famous Lennon song that is officially credited as a collaboration with McCartney, “Don’t Let Me Down.”

They also made a haunting choice that shows just how much McCartney was on Lennon’s mind: In a slice of the party captured by filmmaker Jonas Mekas, Lennon and his friends begin singing “Uncle Albert/Admiral Halsey,” a song McCartney and his wife Linda had turned into a hit.

The suite was the scene of a memorable exchange mentioned by famed rock critic Robert Christgau in his 1980 eulogy for Lennon, in The Village Voice. Christgau described visiting with Lennon and Starr at the Hotel Syracuse on the day of the party in 1971 and how Starr grew weary of waiting for room service. Lennon advised Starr to tell the hotel he was a Beatle and that he wanted his food in a hurry.

“You’ve got the fame,” Lennon said in a quote that included a profanity. “You might as well get something out of it.”

Riley, the businessman who became a hero in Syracuse by restoring the hotel, says it is hard to put the power of that Beatles history into words. The building has hosted presidents, famed entertainers, great athletes, fabled writers. But the presence of Lennon, Ono and Starr, Riley says, gave the place a spiritual resonance “that goes beyond musical culture.”

Starr has returned to Syracuse for other performances since that 1971 party. George Harrison died of cancer in 2001, at 58. As for Lennon, he had such fond memories of his stay in suite 830, May Pang told The Post-Standard, that he’d eventually suggest to McCartney that they someday meet in Syracuse to work as musical partners, once again.

Almost a half-century later, that reunion is an impossibility. It is what McCartney himself, once he arrives here, might describe as “one sweet dream.”