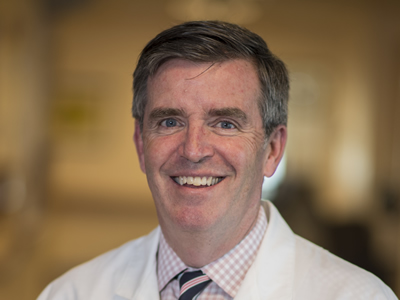 “I was caught in the chemistry library at two in the morning,” says the renowned pediatric cardiologist, speaking by phone from his office in Washington, D.C. “They couldn’t figure out how I had gotten keys [to the library], and I wouldn’t tell them. The dean threatened to kick me out of school.”

At the time, Martin was a chemistry major in the College of Arts and Sciences, with intentions of going to medical school. When his advisor encouraged him to take more pre-med courses, Martin applied himself diligently, studying whenever and wherever possible. “Have you ever been in a dorm on a Friday night?” Martin asks incredulously. “It’s not a place for studying. I had to find somewhere else—even if I wasn’t technically allowed to be there—that was quiet. The chemistry library [in Bowne Hall] was perfect.”

Martin says that, after threats of expulsion, the dean snatched the keys from him, and promptly dropped the matter. Two weeks later, Martin was back in the library, pulling all-nighters. Somehow, he came into a new set of keys.

Persistence paid off. Despite not finishing his undergraduate program, Martin enrolled in the College of Medicine at SUNY Upstate Medical Center at Syracuse (SUNY Upstate Medical University). It was toward the end of his first year, while living with a handful of Syracuse students on Westcott Street, that he decided to tie up loose ends.

“I called the dean of Arts and Sciences at Syracuse, and said, ‘Remember me?’” Martin recalls. A long, animated discussion ensued about why he should receive a bachelor’s degree. Martin referenced his M.D. studies at SUNY; his three years of graduate- and upper-level coursework at Syracuse; and his 13 years of parochial school, which included generous helpings of Latin, French and religion. “It worked,” he says. “I wore him down.”

One course shy of a chemistry degree, Martin had enough credits to earn a bachelor’s degree in biology. Participating in Commencement in Manley Field House with his future wife, Roberta ’78, a member of Syracuse’s erstwhile nursing program, remains a source of pride.

“I was a good student [at Syracuse] but knew that to succeed in medical school I was going to have to work harder,” says Martin, the youngest of six boys from a blue-collar family in Binghamton, New York. “I left home for Syracuse at age 17. Even with scholarships and financial aid, it was a challenge to afford college.”

To make ends meet, Martin took on various part-time jobs, including being a resident assistant, an emergency medical technician and a mail carrier in Flint Hall. “I eventually got a job at Crouse Hospital in the blood bank, working from midnight to six in the morning,” he recalls.

Martin has come a long way, literally and figuratively. A resident of Chevy Chase, Maryland (a suburb of Washington, D.C.), he is one of the nation’s foremost authorities on pediatric cardiology and global pediatric health challenges. His expertise in pediatric cardiology and congenital heart disease (CHD) has taken him throughout the United States and into parts of South America, Europe, Asia and Africa. 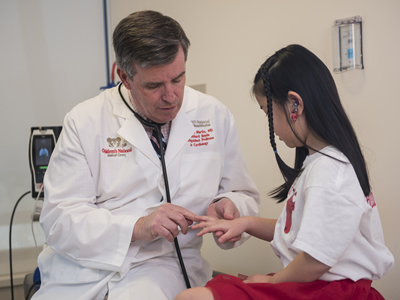 Some of the proudest moments of Martin’s career involve caring for children born with CHD. Described as a structural abnormality in the heart of a baby, CHD is the most common birth defect and impacts one out of every 100 live births.

Every year, CHD affects nearly 40,000 births in the United States, and accounts for a third of all congenital abnormalities worldwide. While the survival rate from CHD treatments has risen from 70 percent in the 1980s to nearly 97 percent today, the disease is a problem in developing countries, where Martin works to improve the health needs of children with CHD.

“There are tremendous disparities in the world, when it comes to access for care for congenital heart disease,” says Martin, a cardiologist at Children’s National Health System since 1986. “Whereas nearly all children are cared for in the West, only seven percent of the global population in developing countries has access to life-saving treatments for pediatric cardiovascular disease. We need to focus on building local capacity to treat the large numbers of children missing out on the incredible advancements we take for granted in the United States and Europe.”

Over the past decade, Martin has focused on improving CHD detection in a timely manner. This is because some babies are born with a critical form of CHD that can result in death if not caught immediately after birth.

Because of Martin’s research and advocacy, the U.S. Department of Health and Human Services has added screening for critical CHD to the uniform screening panel in all infants nationwide. (Similar recommendations are about to be published in Europe.) Babies now get their oxygen saturation measured by a non-invasive method called pulse oximetry before their discharge from the hospital. This method saves lives across the country and around the world.

“Building awareness [of CHD] is another top priority, followed by getting governments on board. You go where you can be successful,” he says.

A medical consultant on five continents, Martin has lectured at hundreds of hospitals and universities in the United States and around the world. His first trips abroad were to Ecuador in 1992. They seem like a lifetime ago, he recalls. Since then, he has been a frequent visitor to Europe and the Middle East, working as a consultant and a licensed physician, respectively.

Martin traces his interest in pediatric cardiology to a SUNY professor who used human heart specimens to teach anatomy, physiology and disease. “That’s when I became interested [in pediatric cardiology],” says Martin, the inaugural C. Richard Beyda Professor of Cardiology at Children’s National since 2007. (He also has served as professor of pediatrics at George Washington University, as well as chief of cardiology and senior vice president of the Center for Heart and Kidney Disease at Children’s National.) “It was at Syracuse, however, where I began preparing for my life’s work. It gave me a great education and opened my eyes to the world. I learned a lot about diversity—race, ethnicity, culture.”

Central New York also is where his wife began her career as a nurse, while Martin finished medical school. He subsequently trained at Brown University, the Rhode Island Hospital and the University of California, San Francisco. After 39 years of marriage, Martin boasts of their five children and “two and a half” grandchildren.

“Roberta occasionally teases me about no longer being a doctor. I tell her that I touch more lives doing advocacy work,” says Martin, the author of more than a 125 scholarly articles. “I have the stories to prove it.”

He remembers the time, a few years ago on Capitol Hill, when a woman approached him about having their picture taken together. When Martin asked her why, she reminded him that some 30 years earlier—on the day she was born—he had diagnosed her with life-threatening heart disease and then performed balloon atrial septostomy, making a hole in her heart with a catheter. “She said she is alive today because of me. It was pretty powerful.”

No sooner had she snapped a photo than another woman, moved to tears, asked for a picture. “She said I had saved her baby’s life,” Martin recalls. He pressed for more information. Turns out that they had never met before, but her child had been the first to participate in Virginia’s critical CHD newborn-screening program, which Martin helped launch in 2012. “Her baby would have been sent home and died, if it weren’t for that program,” he says. “Advocacy allows you to touch lives you never see.”

A Fellow of both the American Academy of Pediatrics and the American College of Cardiology, Martin is keenly aware of global health challenges, as well as society’s approaches to meeting them. “Children with cardiovascular disease, particularly in underserved regions, need our help,” he says. “Syracuse was key in helping me see the big picture.”

As for the keys to the chemistry library, Martin still isn’t talking. “I returned them a long time ago,” he says, “so I’m off the hook.”