Syracuse Stage presents “Deathtrap,” a comedy-thriller guaranteed to keep audiences on the edge of their seats. Written by award-winning playwright and novelist Ira Levin, “Deathtrap” has all the right ingredients for the perfect murder mystery with a delightful twist. There are thrills and surprises around every corner. This captivating murder mystery opens on Friday, May 12, in the Archbold Theatre at the Syracuse Stage/SU Drama Complex, 820 E. Genesee St. Preview performances are on Wednesday, May 10, and Thursday, May 11. 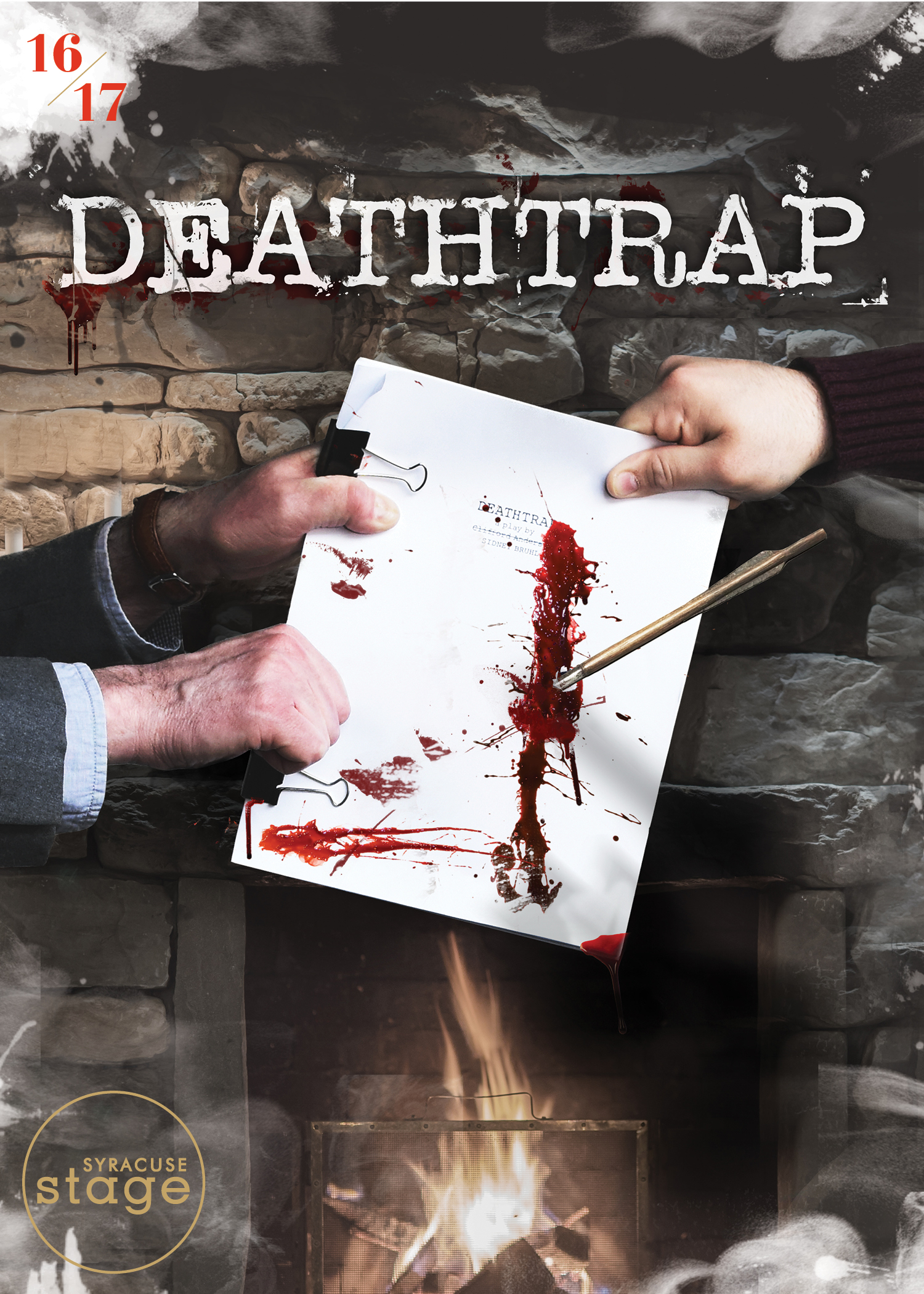 After the play’s Broadway debut in 1978, it received an Edgar Award (named after Edgar Allen Poe) for Best Play from the Mystery Writers of America. The show later earned a Tony nomination for Best Play and was called “an absolute knockout of suspense melodrama” by New York Times reviewer Walter Kerr. “Deathtrap” is the longest-running comedy-thriller on Broadway, with a four-year run of 1,793 performances at the Music Box Theatre.

Ira Levin is best known for successful thriller novels such as “Rosemary’s Baby” and “The Stepford Wives.” “Deathtrap” centers on a once successful playwright, Sidney Bruhl, who finds himself in desperate need of a hit. While brooding over the failure of his most recent plays, Bruhl receives a manuscript from a former student, a young man named Clifford. Instantly, Bruhl recognizes the play’s potential to be the hit he so badly needs and conspires with his wife, Myra, to “separate” the young writer from the as yet unpublished and unproduced work.

Considered a “play within a play,” “Deathtrap” mixes comedy with tongue-in-cheek references to the theatre. Levin also honors the tradition of the mystery genre with sly and subtle allusions to older thrillers like “Dial M for Murder” and “Sleuth.”

Director Paul Barnes, known for his past work on Syracuse Stage’s “The Miracle Worker,” “Irving Berlin’s White Christmas” and “Peter Pan,” is a longtime “Deathtrap” fan. Barnes saw the original Broadway production, and he hopes to evoke in Syracuse Stage audiences the same vicarious thrill he experienced.

“People love a good murder mystery because you get to experience danger without risking life or limb,” Barnes says. “I hope our work fulfills the thrills and chills Ira Levin so cleverly intended when he wrote the play. ‘Deathtrap’ provides audiences with that roller-coaster ride sense of risk and surprise, from which everyone emerges safe, sound and in one piece at journey’s end.”

“Deathtrap” is a thriller in two acts, with one set and five characters. Barnes intends to stay true to the show’s pre-computer, pre-cell phone, 1970s world. Barnes has directed other mysteries and says he enjoys the speculation they generate among audience members.

“It’s always interesting to eavesdrop on conversations and listen to who people thought had actually done the murder,” Barnes says. “Murder mysteries provide a great way for people to think or experience something they might not know about. It brings me satisfaction knowing that it gets people theorizing and comparing notes with one another.”

“Deathtrap” was originally scheduled to close the 2016/17 Syracuse Stage season before the addition of “Ring of Fire: The Music of Johnny Cash” (June 7-25). Associate artistic director Kyle Bass says “Deathtrap” was included for this season because it is a play full of excitement and fun. “In bringing this kind of thrill to Syracuse Stage, ‘Deathtrap’ wraps up our subscription season on a high note,” he says.