Syracuse University student entrepreneurship teams dominated the eighth annual New York Business Plan Competition (NYBPC), which took place on Friday, April 28, at SUNY Poly’s NanoTech Complex in Albany. Syracuse teams captured the $100,000 grand prize and took first-place honors in four out of the six main categories. No institution in the competition’s history has achieved this level of success at a single event.

More than 400 student-led teams applied for the statewide competition. Friday’s final featured 103 teams that advanced through regional semifinal rounds held across the state. 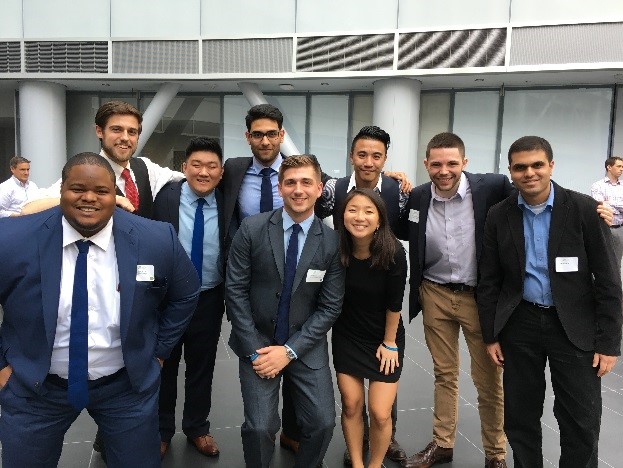 Compete CNY, the NYBPC qualifying competition for the Central New York region, was held in March and was organized by the Syracuse University Libraries’ Blackstone LaunchPad, whose staff also accompanied the teams to Albany last week. “The Blackstone LaunchPad has provided business planning expertise, mentorship, collaboration space and presentation guidance to teams across Syracuse University,” says Dean of Libraries David Seaman, “and we are delighted at the impact this new library service has had in its first year of operation.”

“I am pleased to see our iPrize winners continuing on to sweep so many of the top spots at the statewide competition,” says iSchool Dean Elizabeth Liddy. “Many of these students were participants in our Information Technology, Design, and Startups minor or spent summers at the Syracuse Student Sandbox working on their companies,. I am proud to see their efforts and hard work being so handsomely rewarded.”

Spark Charge also won $10,000 in the Whitman School’s recent Panasci Business Plan Competition— $2,500 as the third-place overall winner; $5,000 for the Fetner Prize for Sustainable Enterprise; and $2,500 for the Goldberg Prize for Technology & Innovation.

“We are extremely proud of our student entrepreneurs and what they have accomplished together,” says Alexander McKelvie, chair of the Department of Entrepreneurship & Emerging Enterprises in the Whitman School. “I believe that this truly is a result of bringing together educational resources, funding and mentors from across the entire SU campus. The diversity in ideas and industries is impressive and underscores the idea that entrepreneurship is a viable path forward for students from every background and school. SU clearly is leading the charge in entrepreneurship education across the state.”